Shashi Kapoor, one of the members of the famous ‘Kapoor’ family, was an acclaimed Bollywood actor and producer. Explore the childhood & profile of the film actor, with this biography. 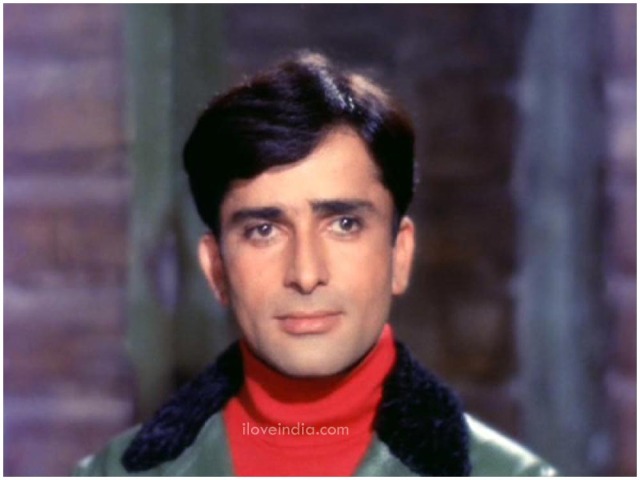 Born in: Calcutta, West Bengal
Nationality: Indian
Career: Actor, Producer, Director
Shashi Kapoor, as the name suggests, is one of the members of the much respected and much acclaimed ‘Kapoor’ family of Bollywood. He is the younger brother of the legendary actors, Raj Kapoor and Shammi Kapoor and the son of Prithvi Raj Kapoor. One of the finest Bollywood actors of the late 20th century, he was also involved in production and direction. He debuted in the industry with the film ‘Dharamputra’ (1961). From there started his journey as one of the most successful actors of all times. Who can forget his dialogue in ‘Deewar’, ‘Mere paas maa hai’, quoted by people till date!
Childhood and Early Life
Shashi Kapoor, the name by which the star is known to all of his fans, is not his real name. The great actor was born as ‘Balbir Raj Kapoor’ on 18th March 1938, in Calcutta, West Bengal. He is the son of Prithvi Raj Kapoor, one of the greatest actors Bollywood has ever seen, and his wife, Rama Kapoor. The younger brother of Raj Kapoor and Shammi Kapoor, Shashi Kapoor entered Bollywood as a child artist, in the early 1940s. He was seen in Aag (1948) and Awaara (1951), playing the younger version of Raj Kapoor, along with several mythological films.
Film Career
Shashi Kapoor made his debut as a leading star with Yash Chopra’s movie ‘Dharamputra’, released in the year 1961. The same year, he was seen in 'Char Diwari'. For the next few years, he came in a number of forgettable films. Then, came the first hit of his career, in the form of 'Jab Jab Phool Khile' (1965). It was around this time only that Shashi Kapoor became a part of hit films like 'Haseena Maan Jayegi', 'Waqt', 'Mehndi Lagi Mere Haath', 'Aa Gale Lag Ja', 'Pyar Ka Mausam', 'Chor Machaye Shor' and ‘Satyam Shivam Sunderam’.
The most successful phase of Shashi Kapoor’s career came when he started co-starring Amitabh Bachchan. Amongst the hit films of the duo are 'Deewar', 'Do Aur Do Paanch', 'Silsila', 'Trishul' and 'Kabhi Kabhi'. During his time, he had paired opposite almost all the top heroines, like Sharmila Tagore, Neetu Singh, Zeenat Aman, Rekha, Rakhee, Nanda, Bindiya Goswami and Parveen Babi. In 1975 came one of the happiest moments of his career, when he won the Filmfare Best Supporting Actor Award, for ‘Deewar’.
The film also had one of his most-remembered dialogues ‘Mere paas maa hai’, which people can be seen quoting till date. Shashi Kapoor was seen in a number of Indo-English films as well, which included titles like ‘Householder’, ‘Heat & Dust’ and ‘Siddhartha’. It was in the late 1970s that he shifted his attention from acting to production. He produced ‘Junoon’ in 1978, which was critically acclaimed and also won the National Award. In 1980, he set up his production house, Film Valas, and produced the critically acclaimed ‘Kalyug’.
Shashi Kapoor also made ‘36 Chowringhee Lane’ (1981), in which he even acted with wife Jennifer. Next, he produced ‘Vijeta’, in which he cast his son Kunal as hero and himself as the father. In 1984 came ‘Utsav’, starring Rekha and Shekhar Suman. Around this time, Shashi Kapoor continued acting in films too. He was seen as a frustrated poet in 'In Custody'. Next, he did ‘'New Delhi Times', which bagged him a National Award. He tried his hand at direction with ‘Ajooba’ (1991), a film that failed at the box office.
Last, Shashi Kapoor made an appearance in ‘Jinnah’ (1998), a biopic of Mohammed Ali Jinnah. He was the narrator of the movie. The same year, he was seen in another Merchant-Ivory production titled ‘Side Streets’ (1998). Since that time, he has not made any appearance in films. However, he was definitely seen in limelight in September 2007, when he attended the "Shashi Kapoor Film Festival", held in Muscat, Omani. It is believed that he has lost considerable weight and looks pretty healthy.
Personal Life
Shashi Kapoor first met Jennifer Kendall in 1956 in Calcutta, where he was working as an actor and assistant stage manager for Prithvi Theatre. The two came close with time and got married in July 1958, in a traditional Indian style wedding. They had three children - Kunal Kapoor, Karan Kapoor and Sanjana Kapoor. All of them tried their hand at acting in the youth, but were unsuccessful. Jeniffer left for the holy abode in 1984, after suffering from cancer. Since then, Shashi Kapoor has been living a life filled with her happy memories.
Awards
1965 - BFJA Award Best Actor, for Jab Jab Phool Khile
1975 - Filmfare Best Supporting Actor Award, for Deewar
1986 - National Film Awards for Best Actor, for New Delhi Times
1988 - BFJA Award Best Actor, for New Delhi Times
1994 - National Film Award - Special Jury Award / Special Mention (Feature Film), for Muhafiz
Selected Filmography
Actor
1948 - Aag (child artist)
1951 - Awaara (child artist)
1961 - Dharamputra
1963 - The Householder
1965 - Waqt, Shakespeare Wallah, Jab Jab Phool Khile
1967 - Aamne Samne, Pretty Polly
1968 - Haseena Maan Jayegi
1969 - Pyaar Ka Mausam
1970 - Bombay Talkies
1971 - Sharmilee, Siddhartha
1973 - Aa Gale Lag Jaa
1974 - Roti Kapda Aur Makaan, Chor Machaye Shor
1975 - 5 Rifles, Deewaar
1976 - Kabhi Kabhie
1977 - Immaan Dharam
1978 - Trishul, Satyam Shivam Sundaram, Junoon
1979 - Suhaag, Kaala Patthar
1980 - Kalyug, Do Aur Do Paanch, Shaan
1981 - Kranti, Silsila, Baseraa
1982 - Vijeta, Namak Halaal, Sawaal, Heat and Dust
1986 - New Delhi Times, Ilzaam
1987 - Sammy and Rosie Get Laid, Pyaar Ki Jeet, Ijaazat (Special Appearance)
1988 - The Deceivers
1991 - Akayla
1993 - In Custody
1996 - Gulliver's Travels
1998 - Jinnah, Side Streets
Producer
1978 - Junoon
1980 - Kalyug
1981 - 36 Chowringhee Lane
1982 - Vijeta
1984 - Utsav
1991 - Ajooba
Director
1974 - Manoranjan (Assistant Director)