Chamku is the latest movie of Bobby Deol, in which he stars opposite Priyanka Chopra. Explore the review of film Chamku and know about its star cast and music. 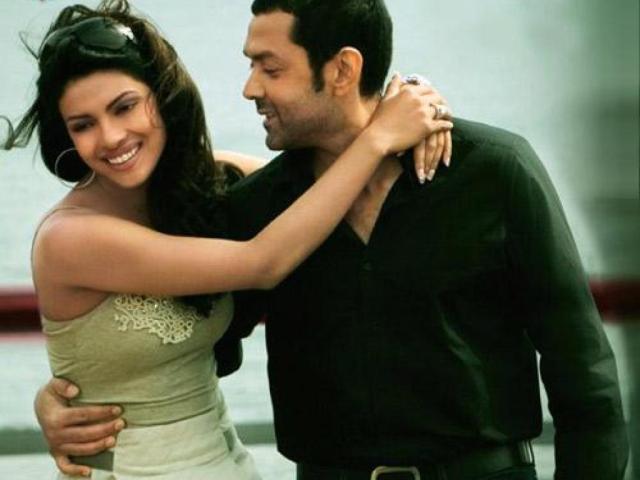 
All those who have been wondering about the movie named 'Chamku', the secret finally has been revealed. Those who were geared for fun and frolic might have to be disappointed, as it's yet another repetition of a much exploited subject, presented with new faces. The theme of the film Chamku is revenge, which comes with the sole twist at the very outset, when a Naxalite is picked by RAW and IB to work for them.  With this exception, the film is but an old wine served in a new bottle, giving in highly to predictability.
The most contradicting part of the film is its title 'Chamku', which misleads many and dissuades the multiplex audience, in particular, from buying the tickets. The makers justify it by saying that the story is about a guy called Chandrama Singh aka Chamku, which led to this title. Another drawback of the movie is the amount of brutality and violence depicted, which symbolizes 1970 cinematic scenario, smeared with blood and gore. Thus, it becomes a little unbearable to go through the traumatic action sequences.
The only respite in the movie is Chamku himself i.e. Bobby Deol. This particular role can be termed as his best performance ever. However, the story mars the entire sheen of the project. The predictability factor is overwhelming in the film, making the audience lose interest, even if it does provide pace. The first half is still worth watching, but experiences a downhill slide in the second half. Chamku is grabbing with regard to cinematography and Tinu Verma's action is immensely realistic.
Bobby Deol deserves all the praise, while Priyanka is completely wasted. The same can be said for Riteish Deshmukh and Danny Denzongpa, who can be hardly seen on the screen. Irrfan Khan is mesmerizing as ever and Rajpal Yadav performs well. Akhilendra Mishra does well. but Arya Babbar and Deepal Shaw are stripped of all opportunity to do anything. To sum it all, the film does not have much to offer and is bound to have a tough time on the box office. However, Chamku can expect to do well in regions like UP and Bihar.

Chamku Pre-release Review
Bobby Deol is back in action after quite a long time. This time, he will be seen in ‘Chamku’, an action-thriller directed by Kabeer Kaushik. The movie has been produced by Vijayta Films and will be released under the same banner. While Monty Sharma is its music director, the lyrics have been provided by Sameer. The star cast of ‘Chamku’ includes Bobby Deol, Priyanka Chopra, Irfaan Khan, Danny Denzongpa, Akhilendra Mishra, Ritesh Deshmukh and Rajpal Yadav. The film will hit theaters on 29th August 2008.
The story of ‘Chamku’ revolves around the life of Chandrama Singh alias Chamku, an innocent boy leading a carefree life. One day, his family is brutally murdered, leaving him an orphan. Thereafter, he is taken into care by Naxalites, in Southern interiors of Bihar, who bring him up. They train him in their own ways and turn him into an adult who fears nothing in life, not even death. One day, he is picked up by government, under a clandestine program, which is the joint effort of RAW and Intelligence Bureau.
After becoming a part of the program, Chamku is trained to become someone who can kill with precision and effortless ease. He soon becomes the best in crime operations, encounters and political assassinations. He is counted amongst the top league and is entrusted with operations that are the most difficult to handle, mainly because he is someone who can be expected to complete an operation totally error-free. Chamku comes to Mumbai, from Bihar, for some specific reason, but again ends up taking lives.

Sometime in Mumbai and he experiences the softer side of life, where there is trace of death, to which he has become so accustomed. The killing machine starts craving for a normal life, a thought that leaves him confused as well as disturbed. Slowly, he comes to term with the fact that he has fallen in love and it is this beautiful feeling that has brought about a transformation in him. Now, his past comes before him and stands in the way of his love. What will Chamku do? Will his chose his lady love or the dark past that is pulling him back?