Bangalore, the IT Capital of India, is known for being home to largest number of IT companies in the country. Check out the tourist attractions and places to see in Bangalore.

Places to See in Bangalore

Bangalore, situated in the southern part of India, is the capital of Karnataka. It lies at a distance of around 998 km from Mumbai and 562 km from Hyderabad. When the country experienced IT boom, Bangalore was amongst the cities that reaped most out it. Today, it boasts of having the highest concentration of IT companies in India and is touted as the ‘The IT Capital of India’ and ‘The Silicon Valley of India’. Apart from being attractive to IT professional, the city is also a tourist paradise. The lush green gardens, pulsating nightlife, historical monuments and splendid shrines of Bangalore serve as attractions to lure tourists to its soil every year. 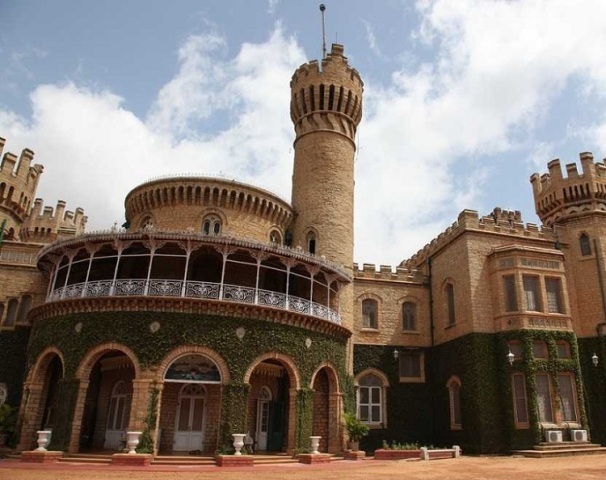 Image: Masaru [email protected]
Places to See in Bangalore
Lalbagh Botanical Gardens
Lalbagh Botanical Gardens were laid down by Hyder Ali, the Emperor of Mysore, in the 18th century and completed by his son, Tipu Sultan. The gardens boast of a collection of somewhere around 1000 different species of flora. They are spread over an area of 2400-acre and comprise of a glass house within the premises, which has been modeled on London's Crystal Palace, apart from the world’s first lawn clock.
Vidhan Soudha
For those who love the architectural beauty created by man, a visit to the Vidhan Soudha of Bangalore is a must. The magnificent edifice houses the Legislative Chambers of the state government and a part of the Karnataka secretariat. Vidhan Soudha has been built as per the exquisite Dravidian architecture and was intended to serve as a tribute to temple architecture of India.
Cubbon Park
Cubbon Park is a very beautiful garden, situated in the center of the city. The park has been named after Sir Mark Cubbon, the Viceroy of India in 1864, as he was the one who got it built. Sprawled over an area of about 300 acres, the park houses a number of neo-classical styled government buildings, including a museum and an amusement park.
Bangalore Palace
Situated amidst the Palace Gardens, Bangalore Palace is counted amongst the most popular tourist attractions of the city. The interiors of the palace, built by Wodeyar dynasty in 1887, have been designed as per Tudor-style architecture, inspired by the Windsor Palace of England. It has been built mainly of wood and stands adorned with fortified towers, Gothic windows, battlements and turrets.
Tipu Sultan Fort
Tipu Sultan Fort stands testimony to the struggle of the Mysore Emperor against British. A massive monument, the fort houses the Tipu Sultan Palace within its premises. The two-storied palace has been built purely out of teakwood and is ornamented with pillars, arches and balconies. Situated amidst blooming gardens, this is the place where Tipu Sultan conducted the affairs of the state.
ISKCON Temple
Situated on the 'Hare Krishna Hill', Iskcon Temple of Bangalore was built to commemorate the birth centenary of Sri Prabhupada. Built as per the Neo-Classical architectural style, the temple provides modern facilities like multi-vision cinema theatre, computer aided presentation theatres, Vedic Theatre, Vedic museums, Vedic library, a unique open-air amphitheatre, etc.
Bull Temple
Bull Temple, situated in Basavanagudi, is dedicated to Nandi Bull, the vahana (vehicle) of Lord Shiva. Amongst the oldest temples of the city, it has been built as per the Dravidian architectural style. The idol of Nandi, enshrined in the temple, is 4.5 m high and 6.5 m long and has the idols of God Surya and Goddess Chandra forming its backdrop.
Aquarium
Situated on Kasturba Road, the Aquarium lies at the entrance of the Cubbon Park. An octagonal-shaped building, it houses an exotic variety of aquatic life. It is the second largest aquarium in India and is under the control of the State Government's Department of Fisheries.
Other Attractions
Amongst the other popular attractions of Bangalore are Jawaharlal Nehru Planetarium, Attara Kacheri, Bal Bhavan, Gandhi Bhavan, Ulsoor Lake, Dharamraja Temple, St Marks’ Cathedral, St Mary’s Basilica, etc.
Accommodation
Bangalore is amongst the most popular cities of India, on account of the IT opportunities out there, the happening nightlife of the place, the pleasant weather of the destination, and so on. The large number of visitors coming to the city every year has presented profitable opportunities for hotel owners. The result is mushrooming of hotels in Bangalore, catering to all needs and budgets (right from budget to luxury). Amongst the most popular five star hotels in Bangalore are Hotel Grand Ashok, Taj Residency, The Park Hotel, Le Meridien & Ista Hotel.
How to Reach Bangalore
By Air
Bangalore airport is situated at a distance of approximately 6 km from the heart of the city.  It caters to all domestic and a few international airlines.
By Rail
Bangalore city has a railway station of its own, serviced by trains from almost all the major cities of India.
By Road

The main bus station of Bangalore is situated opposite the railways station and is regularly serviced by Karnataka State Road Transport Corporation buses & taxis.