Ties are an integral part of formal attire. Steer through this article to know how to tie bow ties.

Formal attire is incomplete without a tie. Whether it is a wedding or just a black-tie dinner, bow ties are worn by many men during any formal occasion. The bow tie is generally of two types – the butterfly style and the batwing style. The bows look like an hourglass in the former, while the batwing style is characterized by narrow rectangular ends. The freestyle or self tie bow tie is considered to be the true bow tie where the user has to tie the bow himself. Bow ties are also available as clip on bow ties where the bow is attached with a small clip that you can directly tuck into the caller of your shirt. These ties cannot be bound around the neck like traditional ties. Bow ties are also available as pre tied bow ties where the bow is already tied along with a narrow band of fabric that drapes around the collar and hooks the bow in place. However, bow ties are relatively difficult to tie when compared to a regular necktie. Nevertheless, no matter how complex it looks, if you know how to tie a shoe lace you can also tie a bow tie, after all the knot is the same! With little practice you can master the art easily and you don’t have to rely on a pre-tied bow tie anymore. Just read on to learn how you can tie a bow tie easily. 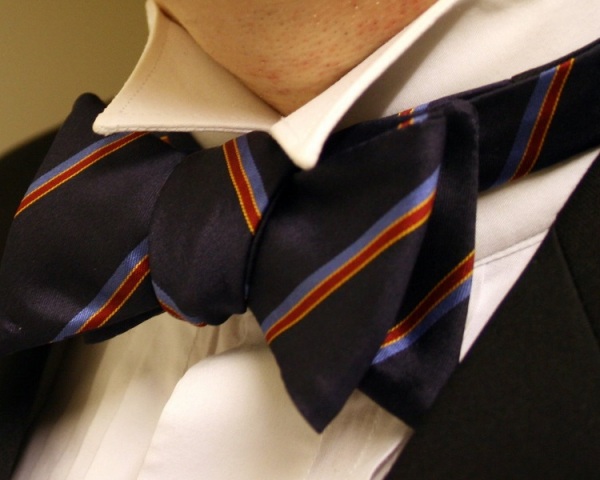 Requirements
Instructions
Quick Facts About Bow Ties
How to Cite

How To Tie A Headscarf