There are different ways a girl can go about seducing a guy. Read this article for tips on how to seduce a boy.

How To Seduce A Boy

By Neha Sharma
Seduction is in the genetic coding of a woman; although it is up to her when to turn it on and when to turn it off but, in case there is a sexy man around then it gets on like donkey kong! No seriously, none of you ladies should feel that seduction is not your cup of tea or you do not feel sexy enough to seduce or seduction is a man’s job, yada yada! It is ingrained in you, you have just conveniently hidden it inside; maybe it is that you never needed it before or you do not believe in your own goddess-powers. Whatever the case is, it is time to pull the rabbit out of the hat and put out. You do not need to be conscious of yourself, be assured that there is not another sexy diva like you and trust us, the world will believe it too. Beauty is in the eye of the beholder but sexiness is in the mind; it must start to take a proper structure in your mind and then it will automatically be projected onto the mind of your man. By seduction, in no way do we mean vulgarity or obscenity; please do not take your clothes off and stand in front of your man thinking that you are seducing him. We will not blame the poor chap if he will look disgruntled and will pass. Call on to the seductress inside you, the temptress who will make him bend down on his knees and beg for it. Seduction is not about the final act of giving away, it is about keeping him on his toes; tantalizing him, filling his head with unsaid promises of absolute gratification. Seduction is, in crude words, sex with eyes. Men like it better when you open up a bit with them but keep a lot of you hidden away; they make it their job to look for it. Let them have that pleasure of exploring something hidden about you and their reward could be, all of it that you were hiding. Although, we truly believe that we do not need to teach you how to seduce a boy but we can help you out with some of the intricate articulations, something to get you started with. Here in this article you will finds ways to seduce a boy. 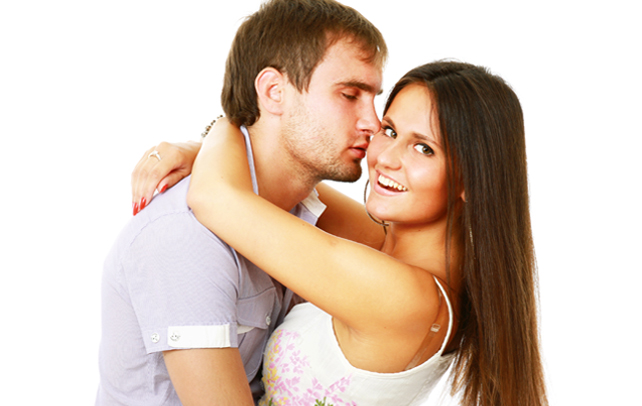 Tips For Seducing A Man
Show A Little-Hide A Little
Give him a sneak peak of you; wearing the kind of clothes that reveal some parts of you but do not overtly put out. Don on a low neck and let him have a partial view of your lovely cleavage. In fact, bend down deliberately a few times to make sure he knows that your little game of seduction is on. There is nothing more tempting for a man to see that his woman wants him to come and get her. You can also try some costumes or sexy-lacy lingerie. If you are wearing a sexy lingerie, then pull up your skirt a little and let him have a look at the garter or you can show up at his place in his favorite fantasy costume and play around a little.
Words Of A Seductress
If talking dirty is not your style, then put it down in words. Let him read what you can do to him and it will make him go crazy. Putting sexy stuff down in words will give rise to his fantasies. He would not be able to control himself to see you next and let you take over his senses. Always remember to not be around when you leave these seductive notes for him, so that he craves for you. Write it down with a red lipstick on his bathroom mirror and he will never forget it for the rest of his life.
Flirt A Little, Maybe With Someone Else
Just a playful conversation or a naughty look is enough, play with some other man for a little while. Let him be a witness, put it up like a show. Say something flirtatious to this guy and then look at your man and smile. Your man will know what is going on, he will instantly understand that you are trying to seduce him by trying to seduce another man. This will unconsciously arouse a feeling of competition in your man and he will feel more drawn towards trying to physically take over you but consciously he will know that his masculinity is not challenged. This deadly combination will be hard for him to resist. If you will flirt with a woman instead then it would just be perfect; you will ‘almost’ make one of his fantasies come true.

The Sexy Voice
Every time he calls you, talk in your sexy or bedroom voice; it will be very hard for him to compete against the sizzling effects of that.  Laugh a little and make subtle sex noises while talking to him, it will remind him of your last physical encounter and will make him ready for another one. When you eat something in front of him, make sounds projecting how satisfying it is for you; he will wish he was that spoon of ice-cream.

Let Him Know
Tell him what you want from him; whisper it in his ears or better still, just randomly pull close to him, look in his eyes and tell him how you like ‘that’ move the other night and you cannot wait for him to show it to you again. He will not even take a moment to sit and figure out what and why you are saying it. Just the mention of it will drive him crazy.
Initiate
Be the one to start it first; you can kiss him all over and let him know that you are ready for him. Do not wait for him to make a move. He will love that you are taking the charge and would give him to you without hesitation.
Dress Up Like A Sex Goddess
Dress up seductively. Wear more of reds, laces and strings. Let your man see you in the full glory of your feminine bloom. There is no man in the world that can resist a woman in a black lace dress or a red low-cut evening gown. Put one on you and sit with grace in your body language and naughtiness in your eyes in front of him.
Sext Him
Send him a sex text message and start foreplay with him while he is with his friends or he is at work. By the time he will reach home, he will be dripping in passion for you.
How to Cite