If you do not want to live with an unwanted tattoo, being aware of the various removal methods is essential. With this article, learn how to remove tattoo from your body.

If Saif Ali Khan breaks up with Kareena Kapoor (no offence to their fans), what is he going to do? Not with his life, I mean with his famous tattoo! Well, we hope he never has to go through this dilemma of whether “to remove or not remove” the tattoo. However, there are many people who have inked themselves with a tattoo in a spur of moment, but no longer want it. Those who are stuck with an undesirable tattoo, whether it’s the name of their past flame, a gang sign or something very corny, know the cost of succumbing to a whim. Getting stuck with a tattoo you hate to see, for the rest of your life, is not a pleasant notion. On top of that, it’s just not possible to cover the tattoo with your clothes all the time, so you become the butt of many jokes as well. So what do you do? Live with it till you die? No! Not anymore at least! The good news is that now, there are a number of methods, using which you can remove your tattoo. Go on and explore these methods and know how to remove an unwanted tattoo. At the same time, do make sure that you think twice before getting inked the next time. 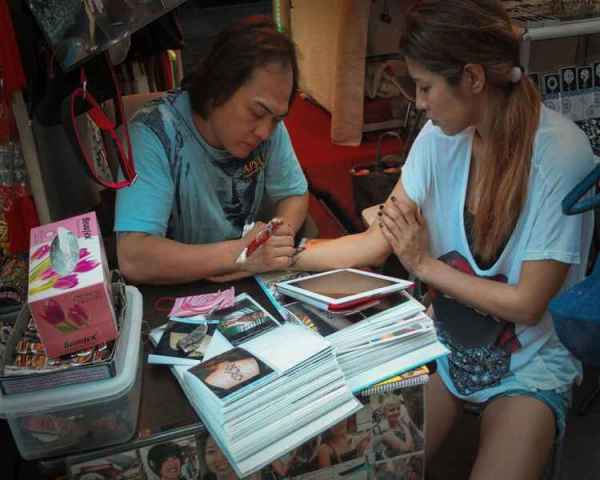 Image: [email protected]
Tattoo Removal Methods
Laser Removal
It is one of the best methods of tattoo removal. A cream is applied to numb the skin and then, with the help of laser, the tattoo is broken down into fragments. These fragments are, in turn, removed by scavenger cells. However, a tattoo cannot be removed with only one session of laser treatment. It needs a couple of sittings to make the 'thing' go away completely.
Intense Pulsed Light Therapy
Intense Pulsed Light Therapy is almost similar to the laser treatment. However, in the former, instead of laser, intense pulsed light is utilized to break the tattoo down. A gel or cream is applied over the tattooed part and then intense flashlight is flashed to the area, through a prism. Just like laser, this treatment doesn't get rid of the tattoo in one go and will need a number of sittings.
Removal Cream
A “Do it yourself” method of removing a tattoo comprises of the application of tattoo removal cream. This cream uses a chemical, known as Trichloroacetic Acid, which causes the skin to peel. When applied regularly on the tattooed area, it will peel the skin on the particular area, breaking the tattoo in turn. However, the tattoo will take a certain amount of time to be completely gone.
Dermabrasion
Dermabrasion is yet another common method of removing a permanent tattoo. It involves the process of sloughing away the top layer of the skin, to remove the tattoo. Eventually, a new layer of skin takes place of the tattooed layer. However, this method may leave scars in some cases. At the same time, it is not recommended for tattoos done on the face.
Salabrasion
Salabrasion is a method of tattoo removal that makes use of water and granular salt. This mixture is rubbed on the skin, to remove the tattoo, with the peeling of the upper skin. However, this method is not very popular and should only be used on the tattoos that have not been done very professionally.
Scarification & Camouflaging
Scarification, the veryname implies the method of tattoo removal. In this case, an acid solution is used to remove the tattoo. However, it results in a scar on the tattooed area. Camouflaging, on the other hand, means hiding the tattoo, by injecting new pigments in the area it exists. The new pigments cover the tattooed part and camouflage it. However, the injected part may not look same again and even seem like a scar.
Surgical Removal & Excision
Surgical removal means removing the tattoo by surgery. It involves the technique of tissue expanders, such as a balloon being inserted under the skin. In case of excision also, the tattoo is surgically removed. However, it involves removing the tattooed skin and then stitching it back. In other words, the skin on tattooed area is removed and grafted with the skin from any other body part of the same person.
How to Cite