Mahindra is one of the largest automakers in India. Explore this article to know interesting and amazing information on the history, origin and background of Mahindra.

Mahindra & Mahindra Limited (M&M) is a part of the Mahindra Group, manufacturing and marketing utility vehicles and light commercial vehicles, including three-wheelers. The Mahindra Group is a large Indian conglomerate with operations in various sectors, namely, automotive, farm equipment, financial services, trade and logistics, automotive components, IT and infrastructure. It is headquartered at Mahindra Towers in Mumbai, India. Considered as one of the most reputed Indian industrial houses, Mahindra Group is a leader in utility vehicles and tractors, since its inception. The group has made a global presence in all continents. Find out information on the history, origin and background on Mahindra. 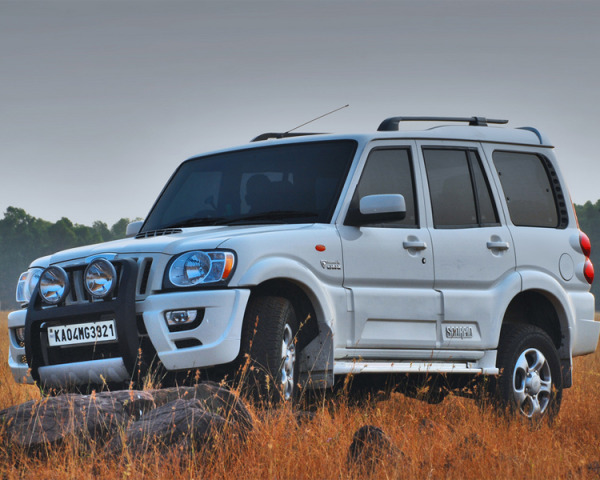 Information On Origin & Background Of Mahindra
The company was started as Mahindra & Mohammed on October 2nd, 1945 in Ludhiana, by KC Mahindra and Malik Ghulam Mohammed. The company initially dealt with manufacturing and assembling the famous Willys Jeep from USA. After the partition of India in 1947, Ghulam Mohammed immigrated to Pakistan, thereby becoming the nation’s first finance minister. Thus, in 1948, the company’s name was changed to Mahindra & Mahindra. KC Mahindra began trading steel with UK suppliers and by 1956, the company was listed on the Bombay Stock Exchange. Eventually by 1969, the company became an exporter of utility vehicles and spare parts in the world market.
Mahindra & Mahindra expanded into other businesses creating a tractor division in 1982 and a tech division (now Tech Mahindra) in 1986. The diversification of operations continued through joint ventures as well as greenfield investments. By 1994, India witnessed a new and different Mahindra Group. The company was reorganized and divided into 6 strategic business units, namely, automotive, farm equipment, infrastructure, trade and financial services, information technology and automotive components. The company was again reorganized under the managing directorship of Anand Mahindra, when he launched a new logo in 2000.
In 2002, a wholly indigenously engineered world-class sports utility vehicle, Mahindra Scorpio was successfully launched. This vehicle bridged the gap between style and adventure, luxury and ruggedness and performance and economy. Since then, the company’s reputation and revenues have grown noticeably. In 2007, the company was ranked among the top 40 largest companies of India. The same year, M&M entered the passenger car segment by launching Mahindra Logan in April 2007, as a joint venture with Mahindra Renault. This model redefined spaciousness, performance and technology with the latest generation DCI common rail engine. Eventually, it entered into heavy trucks with Mahindra Navistar, as a joint venture with International Truck, USA.
The first overseas operation was conducted with the launch of Mahindra Scorpio in Egypt in 2008, in partnership with the Bavarian Auto Group. In January 2009, M&M came up with Mahindra Xylo, a stylish SUV seating five passengers and powered by a small turbodiesel engine. Currently, M&M is the largest tractor manufacturer in India and one of the leading tractor brands in the world. It offers around 20 models in MUVs, LCVs and three wheelers, not to forget the new generation multi-utility vehicles like the Scorpio and the Bolero. Also, Mahindra & Mahindra is the largest SUV maker in India. The group exports its products to Europe, Africa, South America, South Asia and the Middle East. Over the years, Mahindra has developed its horizontal integration concept and has become one of India's largest conglomerate firms.
How to Cite