The origin of the car dates back to many centuries. Check out interesting information on the history and background of the car.

From a luxury to a necessity, the car has definitely traveled a long distance, literally! Today, almost every household in an urban city has a car and it has become a necessity of life. Those who can afford, have more than a single car at home. Not only does it allows you to travel long distances in short time, it also makes sure you have a comfortable journey and are able to carry whatever you need with you. For some, it is almost like a second home and you will find just about everything they require in their car. But how many of you actually thought about where the four wheeled vehicle originated from? What is the history and origin of the car? To find answer to your question go through some really interesting information on the background of the car as given below. 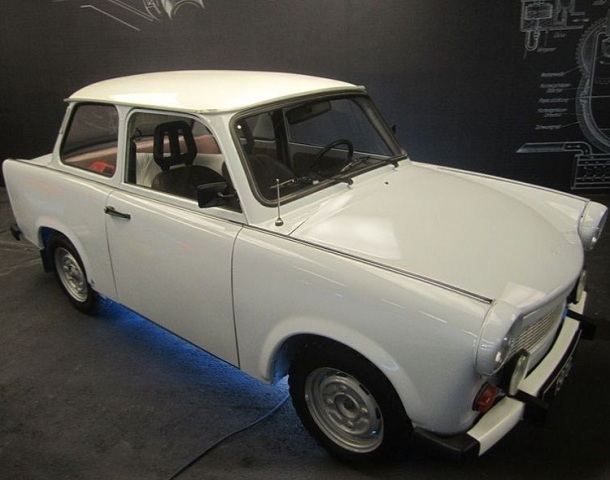 Interesting Information on Background of Car
Some of the earliest evidences of designing a car are seen in the theoretical drawings of Leonardo da Vinci and Isaac Newton. It is said that Leonardo da Vinci designed clockwork driven tricycle with tiller steering, with a differential mechanism for the rear wheels. This was somewhere in the 14th-15th century. However, the first steam powered vehicle was said to have been built in 1678 by Catholic priest named Father Ferdinand Verbiest for the Chinese Emperor Chien Lung. Though the event is recorded, there is no such evidence of the vehicle that was designed and its mechanism.
In the year 1712, Thomas Newcomen built his first steam engine. This engine had a cylinder as well as a piston and was considered to be the first of its kind. It used steam as an agent for condensation in order to create vacuum, which when combined with an overhead walking beam, pulled a rod to lift water. The vehicle was huge and not very capable of moving swiftly. It also had to stop now and then in order to have sufficient steam for functioning, which made it impractical. In the year 1765, the first pressurized steam engine was developed by James Watt, which was deemed much more efficient and compact than Newcomen’s engine. However, written evidence for the first vehicle that moved under its own power states that it was designed by Nicholas Joseph Cugnot in the year 1768.
In 1770, a second unit, which weighed around 8000 pounds and notched up a speed of 2 miles/hour, was built in Paris. This vehicle was not really used for transportation purposes and was basically used to haul canons across towns. The earliest steam powered vehicles were really heavy and could not run on cobbled streets. So, for the next 120 years, they were used on iron rails. In the year 1860, a Frenchman named Etienne Lenoir invented the first practical gas engine in Paris.
The one-half horse power engine used coal gas generated by heating coal in a pressure vessel or boiler. In the year 1862, Alphonse Bear de Rochas worked out a way by which the gas was compressed in the same cylinder in which it was combusted. The method followed a four-way cycle of bringing the gas into the cylinder, compressing it, combusting the compressed mixture, then exhausting it, something we use till date. In the year 1868, Siegfried Marcus built a car which had 3/4 horse power at 500 rpm. It also had a clutch, a differential and a magneto ignition.
In America, steam cars were built before Civil War, but were very small and impractical. Dr. J. W. Carhart, a professor at Wisconsin State University developed a working steam car in the year 1871. From this time to the end of the century, many scientists in America spent their energies on developing a better steam car. However, the first gasoline powered car in America was developed by two brothers named Charles and Frank Duryea. It was a vehicle made of a horse drawn buggy in which a 4 HP, single cylinder gasoline engine was installed. It also had features like friction transmission, spray carburetor and low tension ignition.

It was made even better in the year 1893, when Henry ford had a better engine running and sold his first car in the year 1896. It was called the ‘Quadracycle’. However, it was dissolved in the year 1901 and no car was sold by Ford for two more years. The six cylinder car that stayed in production finally was the Rolls Royce Silver Ghost in the year 1906. This car had excellent engineering and the technology used was the best in that time. This car marked the beginning of a new generation of cars, which inspired the creation of faster cars that were to rule the future till today.