Maned wolf belongs to dog family, but seems to have inherited its features from red fox. Read on to find some more interesting facts and amazing information on the maned wolves.

Maned wolf, with the binomial name Chrysocyon brachyurus, is the largest canine species in South America. It looks like a big fox in some ways, but is a member of dog family. It is often known as ‘red fox on stilts’, due to the color of its fur (orangish-brown to golden orange) that it shares with the red fox and its extremely log black legs, which make it look as if the animal is standing on stilts. The long legs are probably adapted to the tall grasslands of its native habitat. Its name maned wolf is based on its characteristic black mane, which can be erected along the back. The animal possesses large triangular ears, distinctive long tail and big nose. The survival of this stunning animal is threatened and hence, it is classified as "Vulnerable" in the IUCN Red Data Book. Read on to know some more interesting facts and amazing information on maned wolves. 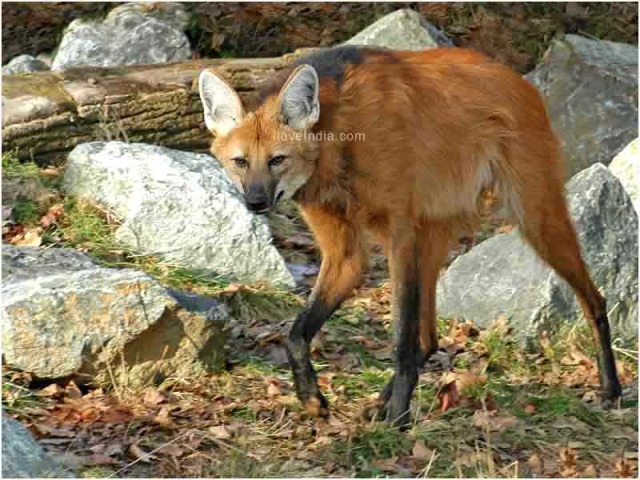 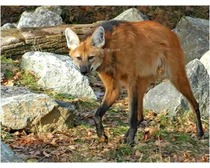 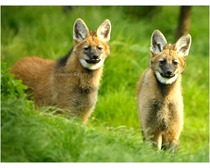