Do you know that the private press in Brunei is owned by the royal family? Check out more such interesting & fun facts about Brunei

Brunei is a sovereign state, divided into two parts by the Sarawak district of Limbang. It is encircled by the state of Sarawak in Malaysia. It is situated on the northern coast of Borneo Island, Southeast Asia. It shares its coastline with the South China Sea. Brunei is an extremely small sized country with a small population, but is very rich due to its abundance in natural gas and petroleum resources. It is an important sea lane link between the Indian and Pacific oceans. It has an unshared fishing zone, contributing immensely to its economic prosperity, ranging as far as Louisa Reef in the south of Spratly Islands. It is predominantly an Islamic state, with 67 percent of Malay and 15 percent of the Chinese people. Due to its rich resources in natural gas and petroleum, many foreigners also stay in Brunei as immigrants because of the availability of work opportunities. Brunei enjoys a semi-tropical climate and receives, approximately, one million tourists, annually. These tourists are mostly business visitors or the tourist arriving from Malaysia. Even with its semi-tropical climate and topography, Brunei is free from tropical diseases like Malaria and does not suffer from any major natural disasters. 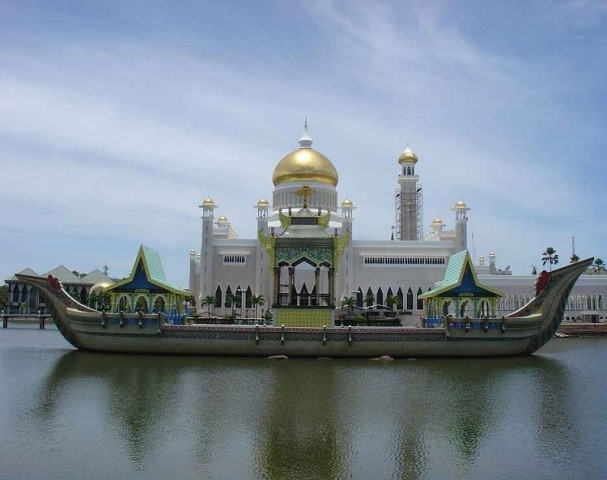