E.E. Cummings is distinguished for his creative ideas and his fresh way of looking towards reality. With this biography, know about the childhood, life and career of E.E. Cummings. 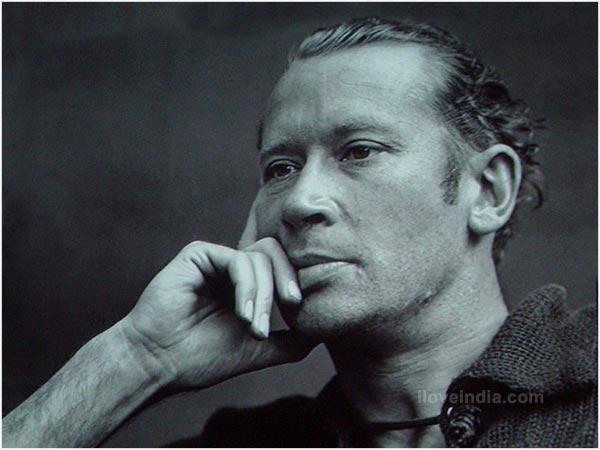 Born In: Cambridge, Massachusetts
Died On: September 3, 1962
Career: Poet, Painter, Essayist, Author, Playwright
Nationality: American
With over 2,900 pomes to his credit, Edward Estlin Cummings, popularly known as E.E. Cummings, was one of the few prominent poets in the 20th century. To add to these works, Cummings also authored autobiographical novels, plays, and essays. Little did we know that Cummings was a great painter as well, which is evident from the numerous drawings and paintings that he had sketched during his life. Though he enjoyed early success, Cummings had problems in finding a publisher for his works initially. However, with his collection ‘Poems, 1923-1954’, there was no looking back for this gifted writer and poet. Read on further to know more about the life and career of Cummings.
Childhood & Education
Edward Estlin Cummings was born to Edward Cummings and Rebecca Haswell Clarke in Cambridge, Massachusetts. He was born into a well-to-do family and had a younger sister, Elizabeth. His father, Edward was a sociology and political science professor at Harvard University and later the nationally known minister of Old South Church in Boston, Massachusetts. Mother Rebecca loved spending time with her kids and it was due to her that Cummings was introduced to writing. He was only three when he penned his first poem. In September 1911, Cummings was admitted at Harvard University from where he successfully completed his Bachelors in Arts in 1915. Later in 1916, he received a Masters Degree in English and Classical Studies from Harvard itself.
Early Career
Cummings started writing while at Harvard. In the early days, he got several of his poems published in Harvard Monthly and later in Harvard Advocate. He was highly influenced by writers, like Gertrude Stein and Ezra Pound. In 1917, Cummings got himself listed in the Norton-Harjes ambulance Corps, along with friend John Dos Passos as an ambulance driver in France. However, due to some administrative jumble, he was not allocated an ambulance, during which he traveled through Paris and fell in love with the city. Furthermore, five months after he was assigned an ambulance, he and friend William Slater Brown were arrested on the pretext of espionage and undesirable activities.
After his release, he came back to United States in 1918 and enrolled into the army. He served in the 12th Division at Camp Devens, Massachusetts for 11 months. Unsatisfied, he returned to Paris in 1921 and stayed there for two years before traveling back to New York. Cummings mentioned his three months’ imprisonment experience in his first book ‘The Enormous Room’ that was released in 1922.  It was during the 1920s and 1930s that he made several journeys to Paris and rest of the Europe. His experience to Soviet Union was recounted in the 1933 ‘Eimi’. He worked as an essayist and portrait artist for ‘Vanity Fair’ magazine from 1924 to 1927.
Later Works
Post World War II, Cummings found different ideas about poetry which showed through his works that started gaining recognition. He was awarded by the Academy of American Poets in 1950. He was also honored by the Harvard University, requesting him to deliver the Charles Eliot Norton Lectures during 1952-53. These lectures were later published as ‘i: six nonlectures’ in 1953. People who had earlier criticized Cummings on his ideology of romanticism started praising him for his ‘Poems, 1923-1954’ published in 1954. This was followed by ’95 Poems’ in 1958, ‘Collected Poems’ in 1960, and ’73 Poems’ in 1963.
Marriage
Cummings married twice, while it is, till date, not confirmed whether or not he was legally married to his third love lady. His first wife was Elaine Orr, wife of Scofield Thayer, Cummings’s friend at Harvard. The relationship that started as a love affair culminated into marriage on 19 March, 1924, five years after the affair produced a daughter, Nancy back in 1919. Nonetheless, the marriage did not last long and the couple divorced nine months later. It is believed that Elaine left Cummings to marry a wealthy Irish banker, thereby shifting base to Ireland, taking Nancy along with her. Cummings married again on 1 May, 1929 to Anne Minnerly Barton and attained divorce three years later in 1932. The same year, Cummings met fashion model and photographer Marion Morehouse with whom he stayed for the rest of his life at 4 Patchin Place, Greenwich Village, New York City since 1924.
Death
Cummings traveled extensively during his last years in the act of fulfilling his speaking engagements. He even started spending enough time at his summer residence ‘Joy Farm’ in Silver Lake, New Hampshire. He suffered a stroke on September 3, 1962 and died at the age of 67 in North Conway, New Hampshire at the Memorial Hospital. He was cremated, while his remains were buried in Lot 748 Althaeas Path, in Section 6, Forest Hills Cemetery and Crematory in Boston. His third wife, Marion Morehouse Cummings died in 1969 and was buried in the adjoining plot.
Notable Works
Timeline
1894: Cummings was born in Cambridge, Massachusetts
1911: Joined Harvard University
1915: Successfully graduated in Arts
1916: Attained a Masters Degree in English and Classical Studies
1917: Arrested and imprisoned in Paris
1918: Returned to United States and joined the army, Left after nine months
1922: First novel, ‘The Enormous Room’ was published
1924: Married Elaine Orr, divorced nine months later
1929: Married Anne Minnerly Barton
1932: Divorced Anne
1952-53: Delivered lectures at Harvard University
1962: Died in North Conway, New Hampshire aged 67
How to Cite