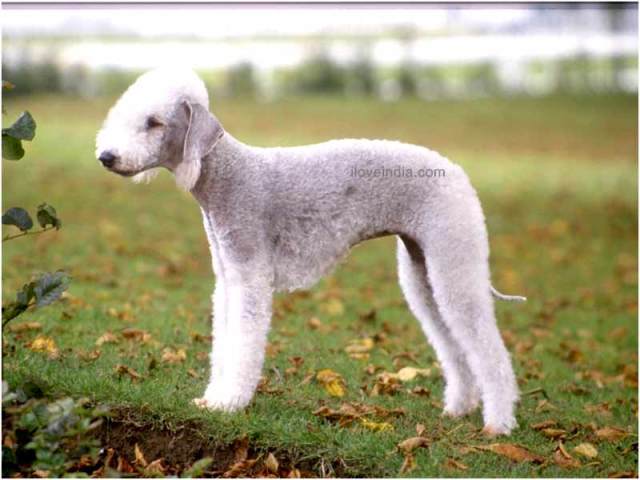 Height: Male-16.5 inches, Female-15.5 inches
Weight: 17-23 pounds
Coat Type: Thick and dense
A highly unusual breed, the Bedlington terrier looks somewhat like a lamb on a leash. The distinctive coat, comprising of both hard and soft hair, is the most striking feature in this breed. It is very impressive to see these dogs gallop, as they do not just run. Dogs with a rare combination of endless qualities, Bedlington terriers are fierce hunters, loving docile kid, well balanced and confident. A quality that is a not-so-doggy one is that they are not over dependent or too delicate dogs. Being highly intelligent, they are overprotective and the most obedient chaps for the family head. Since a Bedlington terrier is brave, super fast runner and an enthusiastic digger, it is often called a ‘little powerhouse’. To know more about the Bedlington terrier dog breed, do explore this article further.
History
Also known as Rothbury or Redbury terrier, the Bedlington terrier originated in a town called Bedlington, Northumberland (England) way back in the 1800’s. It has descended from a dog ‘Old Flint’, born in 1782. In 1825, Joseph Ainsley bred two Rothburies in North England and named the breed as Bedlington terrier. The dogs started gaining popularity in the 19th century, in countries like the United States, Australia, Israel and Canada. In 1877, the first Bedlington Terrier club was formed and the breed was recognized by the United Kennel Club in 1948. Bedlington terriers are sometimes referred as ‘gypsy dogs’ as well, since it were the gypsies in the Rothbury forest, near Scotland, who tamed the breed and started using the dogs to hunt rabbits.
Appearance
Bedlington terrier dogs form one of the most unique-looking terrier breeds. They are usually white in color, but are dark at birth. Their hair is hard as well as soft, standing out well from their distinctive coat, which can be of various colors, such as blue, sandy, liver, blue and tan, sandy and tan, and liver and tan. The canines have very distinctive ears that are triangular in shape, with a puffy tassel on the tip. They have deep, narrow and rounded heads, with small almond-shaped sparkling eyes. Bedlington terrier dogs have a wedge-shaped head, where the forehead slopes down gently to the nose, which has no visible stop or distinct muzzle. They have arched rear, tucked in belly and long, narrow hare feet.
Temperament
Bedlington terrier dog is alert, extremely energetic, playful, cheerful, affectionate and courageous. It proves to be a good, gentle and graceful family dog, as it behaves well and gets along well with children. Very easy to train, the breed can be used in obedience competitions. Bedlington terrier is good-natured and mild mannered, as it is calmer and less boisterous than other terriers. It is also one of the most reliable terriers, a great problem-solver and a loyal family companion. These dogs get along well with other pets, if socialized at a younger age. They do not get aggressive with strangers. However, Bedlington terrier can be willful and stubborn, if they sense that their owners are meek and passive.
Genetic Diseases
Bedlington Terriers are known to suffer from a serious inherited autosomal recessive disease, known as Copper Storage Disease or Copper Toxicosis. It is characterized by the accumulation of excess copper in the liver. The disease can be diagnosed only through a liver biopsy. It is thus, advised to ask for the dog’s unaffected status while purchasing. Other health problems of Bedlington terriers include hereditary kidney disease, PRA, thyroid problems and eye problems, such as cataract and retinal diseases. They are also prone to patellar luxation (the kneecap or the patella luxates or pops out of the place).
Grooming
The coat of a Bedlington terrier requires specialized clipping every six weeks, since it sheds little to no hair. Regular brushing with a moderately stiff brush is necessary and the pluck inside the ears has to be cleaned. Frequent bathing is not required or else, the coat will become lank. Higher levels of grooming have to be given to dogs that have to be exhibited. 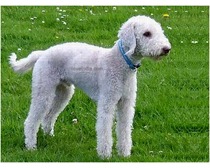 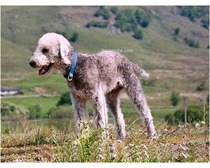