Though Amy Lowell started off late, she was successful in creating a place for herself in the field of poetry. With this article, know the details about Amy Lowell’s childhood and life. 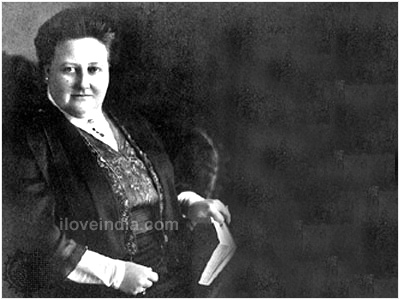 Born In: Brookline, Massachusetts
Died On: May 12, 1925
Career: Poet, Critic, Biographer, Socialite
Nationality: American
Amy Lowell was one of the most flamboyant promoters of the imagist movement and poetic renaissance in the early 20th century. She was described as the “demon saleswoman of poetry”, by eminent poet T.S. Eliot, while she illustrated herself as “God made me a businesswoman and I made myself a poet”. She began writing as late as 28 years, but with the dedication and enthusiasm for poetry, she was successful in delivering some renowned works. ‘A Dome of Many-Colored Glass’, ‘Sword Blades and Poppy Seed’, ‘Six French Poets’, and ‘John Keats, 2 vol.’ are some of her distinguished works, highly recognized even today. Read through the following lines to get a detailed description about Amy Lowell’s childhood and life.
Childhood & Education
Amy Lowell was born Amy Lawrence Lowell to Brookline’s wealthy and prominent Lowell family at Sevenels, the ten-acre family estate in Brookline. The youngest of five children, Amy was born to Augustus Lowell and Katherine Bigelow Lawrence. While Augustus was a well-off businessman, civic leader and horticulturalist, Katherine was an accomplished musician and linguist. Also, Amy had other prominent high-achievers in her family. Her brother Percival Lowell was a famous astronomer and Abbott Lawrence Lowell was the President of the Harvard College. Amy did not attend school or college, simply because it wasn’t considered right for women at that time. She received most of her education at home, but attended private schools in Boston. While in Boston, she made several leisure trips to Europe with her family. Nonetheless, Amy was encouraged to write from an early age, all thanks to her mother and sister.
Early Career
Amy started her poetic career as late as in 1902 when she saw a famous actress named Eleonora Duse performing on stage. Her first write-up that turned out to be a poem was addressed to Eleonora’s beauty and talent. Though the couple met many a times, but they did not develop any relationship. However, Eleonora was highly inspired by Amy that led to the success of her career. It was only in 1910 when Amy’s first work titled ‘Fixed Idea’ was published by the Atlantic Monthly.
This was followed by several other individual poems in different journals. Her first collection of poems ‘A Dome of Many Colored Glass’ was published in 1912 by Houghton Mifflin. It was during this time that Amy met actress Ada Dwyer Russell. The two hit off instantly and developed an intimate closeness leading to a romantic relationship. This friendship was often described as platonic by some people, lesbians by others. However, it was deemed to be a ‘Boston marriage’ in fact. The two lived together until Amy’s death in 1925.
Later Career
Both Amy and Ada traveled throughout Europe extensively. It was during their trip to England where they met an imagist poet, Ezra Pound who later became Amy’s major critic and largely influenced her work. On attempts to exploring the imagist style, Amy was attracted towards and influenced by Chinese and Japanese poetry. She was highly impressed by the works of John Keats, which was evident in her poems as well. She was working on the two-volume biography of Keats, when she was struck by cerebral hemorrhage leading to her death. Some of her well-known published works included ‘Men, Women, and Ghosts, ‘Pictures of the Floating World’, ‘What’s O’Clock’, ‘East Wind’, ‘Ballads for Sale’, ‘Complete Poetical Works’, and ‘Six French Poets’.
Death
Amy often dressed in manly clothing and sported short hair, wore a prince-nez and smoked cigars. She slept late till three in the afternoon and worked all through night. She was diagnosed with a glandular condition, which caused her to put on weight. The lifestyle she led upshot her illness, thus leading to her becoming excessively overweight. She was also operated for persistent hernia problems several times. She was also once described as a “hippopoetess” by Ezra Pound. Amy died of a cerebral hemorrhage on May 12, 1925. The next year, she was awarded with the Pulitzer Prize in poetry for ‘What’s O’Clock’.
Notable Works
Timeline
1874: Amy Lowell was born in Brookline, Massachusetts
1902: Met actress Eleonora Duse triggering her poetry career
1910: Her first work ‘Fixed Idea’ was published in Atlantic Monthly
1912: Met actress and lover Ada Dwyer Russell
1912: Her first poetry collection ‘A Dome of Many-Colored Glass’ was published
1925: Amy died of a massive cerebral hemorrhage aged 51
1926: Accredited with the Pulitzer Prize for Poetry for “What’s O’Clock”
How to Cite