One of the most renowned British writers of the post war period, Sir Kingsley Amis was special in lot of sense. Read more about this gifted author in this brief Kingsley Amis biography. 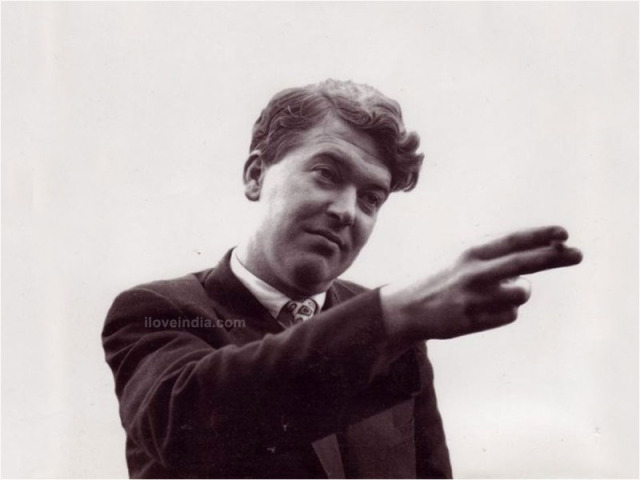 Born In: Clapham, South London, England
Died On: October 22, 1995 (aged 73)
Career: Novelist, poet, critic, teacher
Nationality: British
One of the greatest British comic novelists of all time, Sir Kingsley William Amis was a distinctive person. He arrived onto the literary scene in 1954 with his highly acclaimed debut venture “Lucky Jim”. Since then, he had written over 20 novels and six volumes of poetry in his literary career. Kingsley also notched a position on the list of top ten British writers since 1945, published by The Times in 2008. He was also a recipient of the Booker Prize in 1986 and was knighted in the year 1990. The author is most famous for his Jim Dixon series and for bringing in a new style and flavor in British literature during the 1950s. Let’s look at life and work of this prolific writer.
Life
Kingsley was the son of William Robert Amis, a clerk with a local mustard manufacturing firm. He studied at the City of London School, before joining the St. John's College in Oxford to study English, in April 1941. There he joined the Communist Party. He also edited the Oxford Labour Club Bulletin, and led the Labour Club choir. However, in July 1942, Kingsley joined the Royal Corps of Signals and served his country in the Second World War as a lieutenant. He returned to Oxford in 1945 to complete his degree. In 1947, he met Hilary Bardwell whom he married the next year. His first collection of poems, ‘Bright November’ was also published in 1947. His first son Philip was delivered soon. Amis joined the University of Wales Swansea as a lecturer for English. His second son Martin was born in 1949 and his daughter Sally was born in 1954.
Career As A Writer
During his college life, Amis befriended Philip Larkin who remained his lifelong close friend and also an alleged inspiration for some of his stories. Amis’s work extended from poems, short stories and novels to critical essays and notes. He originally wanted to be a poet, but ended up being more renowned as a prose writer. In the year 1954, Kingsley’s fame touched new heights, as his first novel “Lucky Jim”, gained immense success. Such was the popularity of the novel, that the protagonist reappeared in many of his later novels, like ‘That Uncertain Feeling’ in 1956, ‘I Like it Here’ in 1958 and ‘Lucky Jim's Politics’ in 1968. These were perhaps his most noted works. All these novels were centered on the retorts against the bonds of conventional British life. Amis was considered a part of the Angry Young Men movement of the 1950s, though he, himself, never encouraged this interpretation.
Middle Life
For years to follow Amis’s fame remained undying and his books sold like hot cakes. Throughout the 50’s, 60’s and 70’s, apart from penning novels and short stories, Amis worked on critical pieces too, principally for journalistic publication. In 1958, he traveled to U. S and served as a Visiting Fellow in Creative Writing at Princeton University and visiting lecturer in some other universities. Upon his return, Amis left Swansea and became a fellow of Peterhouse at Cambridge in 1961. This was however something he regretted till his resignation in 1963. In the same year in 1963, Kingsley’s love affair with novelist Elizabeth Jane Howard became evident to his wife. Amis left Hilary and started living in with Jane by the August of the same year. The divorce came through in 1965, after which Kingsley married Jane. The marriage lasted for 18 years, before another divorce.
Later Life
With ‘The Anti-Death League’ in 1966, Amis took to experimentation. Though not plainly science fiction, the book was more realistic than any of Amis’s earlier works. He was an avid reader of science fiction as a child and believed that the roots of his realistic turn lay in those days. He followed it up with ‘The Green Man’ in 1969 and ‘The Alteration’ in 1976. While the former novel was based on horror, the latter was based on a distinct alternative history. Amis returned to comical world with his 1971 classic ‘Girl, 20’, which was framed in the world of pop music.
In 1983, Amis wrote the popular ‘The James Bond Dossier’ under his own name. This was one of his many trysts with Ian Fleming’s famous British spy, whom he always adored and had written about using various pseudonyms. The same year he released ‘Every Man His Own 007’, a manual on how to be a spy. Amis also wrote a James Bond classic named ‘Colonel Sun’. Amis was nominated for the Man Booker Prize twice in his career for ‘Ending Up’ in 1974 and ‘Jake's Thing’ in 1978, before finally winning the prize for ‘The Old Devils’ in 1986. He was knighted in the year 1990.
Death
In his last years, Amis lived with his first wife, Hilary Bardwell and her third husband. Amis died on October 22, 1995 at St Pancras Hospital in London of a suspected stroke.
Selected Works
How to Cite