Famous English author and illustrator of her day, Beatrix Potter exemplified the adage, ‘Where there is a will, there is a way”. Explore this article for her childhood, life and literary work. 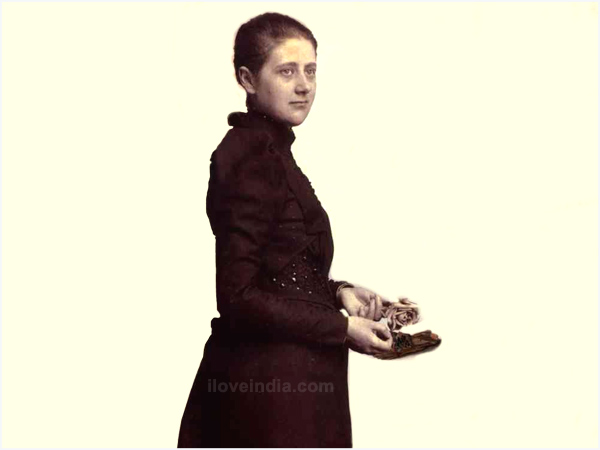 Born In: South Kensington, London, England
Died On: 22 December, 1943
Career: Children's author, illustrator
Nationality: British
British author and illustrator Beatrix Potter, best applauded for her timeless anthropomorphic creations, is perhaps one of the biggest Victorian illustrators of her day with a long-standing popularity that continues to exist till date. Simple, unsophisticated and unsentimental, Beatrix’s work is a far cry from the sloppy, grotesque stories of her day. Her endearing illustrations of woodland creatures coupled with enchanting stories and descriptions have won her a niche with some of the most established writers of her time. Her beautiful artwork, simple characters and general themes, quite opposed to the Victorian eloquence otherwise synonymous with her time, gave her writing their own unique charm and an unequalled grace. Born into an upper-class family, Beatrix’s childhood was nothing eventful. She received no formal education but her rich imagination and love for animals made up for all deficiencies. Her illustrations were not mere artwork but masterpieces in themselves that till date continue to woo readers.
Childhood
Celebrated British writer, illustrator and creator of famous anthropomorphic characters like Peter Rabbit and Jeremy Fisher, Beatrix Potter was born in South Kensington, London, in the summer of 1866, to barrister father Rupert Potter and socialite mother Helen Leech Potter. Born into an affluent household, Beatrix’s childhood was a far cry from her flashy menage. Her childhood was confined to her nursery, nurses and governess and she barely ever saw her parents and or even her kid brother, Bertram, who was sent away to a boarding school, when still quite young. Beatrix was educated at home by her governesses but her lack of formal schooling never interfered with her profound fascination for life and her surroundings. Though her childhood was restricted to the walls of her nursery, little Beatrix amused herself with drawings and paintings and a close study of her many pets that she smuggled in on the sly.
Early Life
Summers held great excitement for young Beatrix who adored her summer vacations to their country home. The open air, the flora and fauna, intrigued her little mind and she found herself always yearning for the life that countryside offered. Hardwicke Rawnsley, a family friend, supported her deep love for nature and she soon found herself drawn towards the taxonomical world. Beatrix was a child of exceptional caliber and her secret code journal that she maintained from her teen years is a well-preserved testimony to the fact. Rawnsley played a crucial role in her life; he was the only person who encouraged her painting skills and motivated her to publish them.
Literary Career
Beatrixs’ literary accomplishments indeed owe their bit to the illustrations of Joel Chandler Harris's Uncle Remus stories as well as the very famous Aesop fables and other animal stories. Her works were chiefly influenced by her pets, which she secretly brought into the house without her parents’ knowledge, and other animals which she chanced to acquaint herself with during her holidays in the countryside of Scotland and the Lake District. It is believed that it was her last governess, Annie (Carter) Moore, who identified her hidden talent and encouraged her to expand her skills and carry them to commercial heights. Beatrix had written a letter to her five year old son narrating the story of a rabbit and other illustrations that served as the inspiration for her famous literary accomplishments like The Tale of Peter Rabbit and Mr. McGregor's Garden. Over the next decade, Beatrix came up with more than twenty books for children like The Tale of Benjamin Bunny, The Tale of Jemima Puddle-Duck and more. Most of her works were located in the countryside and till date her work remains unparalleled in the world of children’s literature. Her empathetic illustrations of animals as opposed to the grotesque reference to animals during the Victorian age won her great applause. Her illustrations as well as writings were humorous and exaggerated at times. Nevertheless, it is the subtle ironic humor and the sheer charm of her illustrations that won Beatrix an unmatched standing in the domain of literature.
Later Life
Although Beatrix was betrothed to Norman Warne, his untimely death before their marriage left a deep scar on her young mind. Nevertheless, she made a fresh beginning by marrying William Heelis, a solicitor, in 1913, at the age of 47. However, life was never the same after Warne’s death. Her creative juices died post this incident and she resigned herself to Hill Top Farm where she spent the rest of her life hill-farming and acting as president of the Herdwick Sheepbreeders' Association. She also amassed great wealth during this time, acquiring as much of the Lake District property as possible for the National Trust. But her work prior to this period, however, appears to have continued to get published even after she stopped producing new material due to the life-changing events that appear to have had a deep impact on her creativity.

Death
Beatrix Potter died on December 22, 1943, at the age of seventy-seven at Castle Cottage in Sawrey. She was cremated at Carleton Crematorium, Blackpool, and her ashes were dispelled in the countryside in Sawrey. Although Beatrix’s physical being ceased to exist, her work continues to be loved and read by children all over the world even today.

Legacy
Potter amassed great wealth during her lifetime which she left to the National Trust. Beatrix Potter also has a gallery named after her that is run by the National Trust and exhibits her original book illustrations.
Literary Works
Posthumous Publications
How to Cite