Amsterdam is the capital and the largest city in Netherlands with varied tourist attractions. Check out some interesting things to do and places to see in Amsterdam. 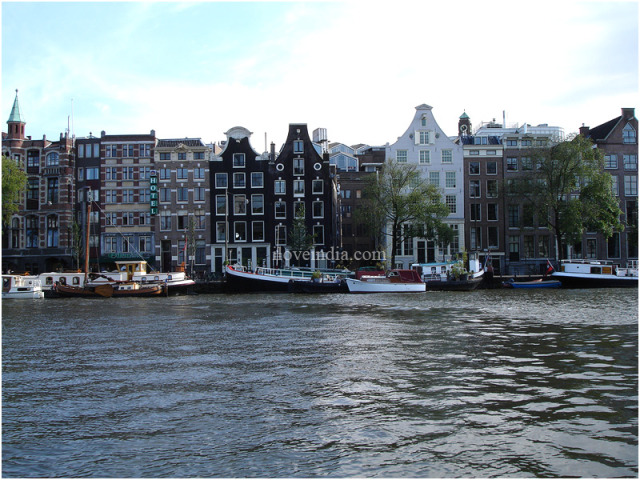 Languages: Dutch or Netherlandish, English
Best Time to Visit: April to mid October
Time Zone: GMT/UTC +1
Driving Side: Right Side
Main Attractions: Western Church, Dam Square, Royal Palace, Magere Brug, Stopera Opera House, Portuguese Synagogue
Amsterdam is the capital city of Netherlands. It derives its name from the Amstel dam, which is built on the river Amstel. The city houses a number of canals because of which it is known as the ‘Venice of the North’. Apart from this, it is famous for its historic port, the Rijksmuseum, its red light district named de Wallen and its laissez-faire coffee shops. At the time of Dutch Golden Age, Amsterdam was one of the most significant ports in the entire world. It was a leading trade center for finance and diamonds. Founded in the 12th century, the city was initially a small Finnish village but has now grown to be the largest city in Netherlands. As a result, it offers host of tourist attractions and places to see for tourists. Check out some interesting things to do in Amsterdam.
Sightseeing
Amsterdam is a sure delight for the visitors as the city has some breathtaking sites to offer. The Westerkerk or the ‘Western Church’ is one of the most magnificent structures in the city. Completed in 1631, it is a Protestant church with the highest church spire in entire Amsterdam. The Dam Square is another remarkable area in Amsterdam. It is a town square containing notable buildings and conducting fun filled events. Besides, the Royal Palace in the city is a must visit monument. Situated near the Dam Square, it was built by Jacob van Campen. It is a yellow sandstone building, with marble interiors.
Museums
Netherlands is home to around 50 museums, the majority of which are considerably intriguing for the visitors. Some of the must visit museums in the city include the Rijksmuseum, which is the national museum of Netherlands. Established in 1800, the museum is dedicated to arts, crafts, and history. It has a huge collection of paintings from the Dutch Golden Age and an extensive collection of Asian art. Next is Van Gogh museum, which exhibits the works of the famous Dutch painter Vincent Van Gogh and his contemporaries.
Established in 1973, it contains the largest collection of Van Gogh’s paintings and drawings in the world. Another museum worth visiting in the city is Nederlands Scheepvaartmuseum, which is dedicated to maritime history and showcases many artifacts related to shipping and sailing. For those, interested in knowing the past of the city, don’t forget to visit the Amsterdams Historisch Museum, which provides an insight into the history of Amsterdam with the help of various ancient items and effects.
Entertainment
Amsterdam also offers a plethora of entertainment options for the tourists. There are a number of nightclubs and restaurants in the city, which provide world class recreational facilities to the visitors. You can even pamper your taste buds at the local café and food joints to taste some Dutch delicacies. The art lovers can make a smart choice by attending the opera or the orchestra performances. The sport lovers can also indulge in thrilling activities as Amsterdam provides ample opportunities for playing sports like football, ice hockey, baseball, etc. 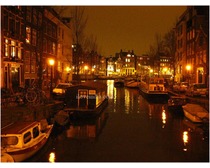 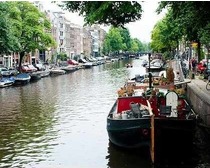