Amado Nervo is remembered for his extensive use of metaphors and references to mysticism in his works. With this biography, discover the details about Amado Nervo’s childhood and life. 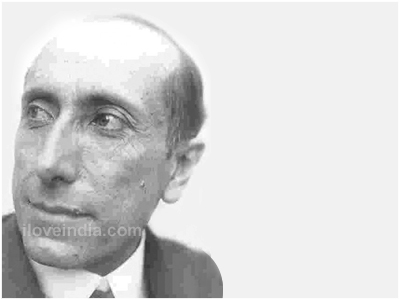 Born In: Tepic, Nayarit, Mexico
Died On: May 24, 1919
Career: Journalist, Poet, Educator
Nationality: Mexican
Considered to be one of the most renowned and recognized Mexican poets of the 19th century, Amado Nervo is best known for his poetry on love and religion. Also referred to as Juan Crisóstomo Ruiz de Nervo, Amado successfully served as the Mexican ambassador to countries, like Argentina and Uruguay. Though Amado wrote several poems and prose texts, he achieved his major success with ‘La Amada Inmóvil’ (The Immovable Loved One), which he wrote after his wife’s death in 1912. His other noted works include ‘Perlas Negras’ (Black Pearls), ‘Místicas’ (Mystical), ‘El éxodo y las flores del camino’ (The exodus of the road and flowers), and ‘Serenidad’ (Serenity). Read through the following lines to know more about this true modernist poet, Amado Nervo.
Childhood & Education
Amado Nervo was born in Tepic, Nayarit, Mexico. He underwent various hard-breaking shocks, the first being the death of his father when he was only 13 years old. This was not enough to move him out of the trauma as two more deaths were in line that changed his life. His brother Luis, also a poet, committed suicide, while wife, Ana Cecilia Luisa Dailliez died 11 years after their marriage. Amado attained his formal education at Colegia San Luis Gonzago in Jacona, Michoacán from where he received his graduation degree. He enrolled himself at the Roman Catholic Seminary in the nearby Zamora to study science, philosophy, and law. However, due to economic problems that plagued his middle-class lifestyle forced him to leave his studies midway.
Early Career
The decision to leave studies was not entirely due to financial problems as Amado too started diverting towards mystical spirituality. This gave way for his dreams of joining priesthood, but economic hardships forced him to take up a desk job in Tepic instead. He later shifted to Mazatlán in Sinaloa State where he worked with a lawyer and as a journalist in El Correo de la Tarde (The Evening Mail). It was here that he developed an interest in poetry and journalism. Amado moved on to Mexico City in 1894 where he worked temporarily with Mexican writer Manuel Gutiérrez Nájera in the magazine ‘Blue’. This exposed him to utilize his knowledge in journalism and news reporting. He wrote extensively for El Universal, El Nacional, and El Mundo. Amado was handed over the responsibility of handling the overall production of a supplement titled ‘The World Comedy’, introduced by El Mundo in October 1897. Thereafter in January 1898, this supplement was published independently from El Mundo with a new name titled ‘The Comedy’.
Career in Writing
By then, Amado had been successful in creating a reputation in literary field. The publication of novel ‘El bachiller’ (The Bachelor), and poetry books ‘Místicas’ (Mystical) and ‘Perlas Negras’ (Black Pearls), further added to his popularity. Together with his friend Jesús Valenzuela, Amado launched the La Revista Moderna (The Modern Magazine) in 1898 as the successor to Blue. In 1900, Amado was sent to the Paris Universal Exhibition as a correspondent to El Imparcial where he stayed for the next two years. He even honored the former Mexican president Benito Juárez by writing ‘La Raza de Bronce’ (The Bronze Race) in his admiration in 1902. This term was later used by Bolivian writer Alcides Arguedas in 1919 and further afterwards in 1925 by Mexican celebrity José Vasconcelos. While in Paris, Amado met the great Nicaraguan poet Rubén Darío, who regarded him as a modern Parnassian writer and artist. He was also fortunate to meet Enrique Gómez Carrillo and Aurora Cáceres with whom he later became good friends. Furthermore, Amado went ahead to write a prologue for their book ‘La rosa muerta’. After spending years in Paris, he returned back to Mexico taking up the professor’s role at the National Preparatory School and as an inspector of teaching literature later on. It was only in 1906 that Amado entered diplomatic service and was appointed the Second Secretary of Legation in Mexico and Spain. His post as the plenipotentiary minister to Argentina and Uruguay in 1918 was his last.
Marriage
On his journey in Paris, Amado met the love of his life Ana Cecilia Luisa Dailliez whom he married in 1901. The first ten years in the life of the couple were happily spent. However, her untimely death in 1912 left Amado in an immense state of grief and desperation. It was during this time that he penned the most important and victorious work of his life titled ‘La Amada Inmóvil’ (The Immovable Loved One), but it wasn’t published until his death in 1919.
Death
A year after Amado took up his position as the Mexican ambassador to Argentina and Uruguay; he breathed his last on 24th May, 1919 in Montevideo, the capital of Uruguay. The reason for his sudden death remained unidentified. He was buried at Rotunda of Illustrious Persons in Mexico City.
Notable Works
Timeline
1870: Amado Nervo was born in Tepic, Nayarit, Mexico
1894: Joined magazine Blue as journalist
1898: Introduced La Revista Moderna (The Modern Magazine) with friend Jesús Valenzuela
1900: Went to Paris
1901: Married Ana Cecilia Luisa Dailliez
1912: Ana Cecilia passed away
1918: Appointed Mexican ambassador to Argentina and Uruguay
1919: Amado died in Montevideo, Uruguay aged 48
1922: ‘La amada inmóvil’ (The Immovable Loved One) was published
How to Cite