Akbash dogs prove to be great pets, though they take time to get familiar with people. Read on to know all the facts related to the Akbash dog breed. 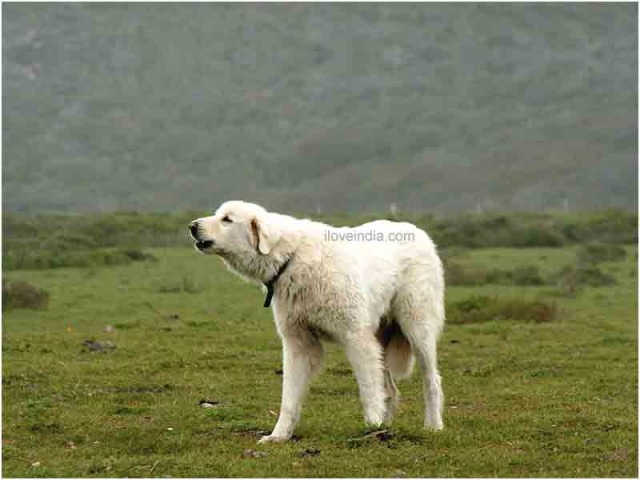 Weight: Male -120 lbs - Female: 90 lbs
Height: Male -28-31 inches; Female - 27-29 inches
Coat type: Dense double coat
Akbash is an elegant breed of dogs, which belongs to Akbas, a region in Western Turkey. Literally meaning “white head”, Akbash was primarily used as the guardian for the flock. It used to lie down with the flock and protect them against the predators. Akbash dog takes some time to become sociable, but makes up a great company if it mingles even for once. It makes up an excellent pet and is also a great worker. In this article, we bring you details on the history, appearance, grooming, personality and genetic disease of Akbash dogs.
History
Akbash is believed to be similar to Turkish White Guardian breeds, found in the northern Mediterranean Basin. The breed, which originated some 300 years before, has white color that makes it distinguishable from the predators. As per the archaeological evidence, the civilizations that existed in Syria, Iran and Turkey around 10,000 years before tamed animals. They realized the need for a guardian for their livestock and started domesticating Akbash. The accepted hypothesis, though not proved, is that this breed developed and spread from Turkey.
Appearance
Akbash is a heavy dog, though it is leaner than the Turkish guard dog. It has long legs and a feathered curved tail. The body of Akbash is covered with white coat and has pink skin, blotched with black. It has double coat on its body. The undercoat is soft and densely covered with hairs. Outer coat consists of the longer and coarse hair. The length of the coat can be medium or long. The coat helps Akbash dog stand against all the extremes of weather. The animal has lots of feathering on the thighs, tail and forelegs, while the fur is more visible in the ruff part. The dog is relatively clean and emits very less odor. In comparison to other dogs, Akbash is a higher shedder of hair. It shares similarity with the mastiffs and sight hounds.
Personality
Akbash does not grow too close to humans, though this is not hostile to man. However, you can train the dog and make it more familiar. The dog has a disposition to be independent. Consequently, it is reluctant in accepting orders from its master. Akbash cannot be put to advanced obedience training, but does considerably well with basic training.. Since it is in its nature to stay with the flocks which it guards, it is low-energy breed. Nevertheless, it cannot be restricted to small spaces. Akbash has a high level of intelligence and is known for its loyalty and bravery. The first time dog owners may not find this dog much encouraging, since it takes time to be sociable.
Akbash does not suit people suffering from asthma, as it shreds a lot of hair. Also, it does not suit a house with infants, toddlers and cramped space. It works out well in a home that has older family members. It has a dominant character, so reacts violently against any intruding dog. It is not friendly with strangers and takes time to get familiar with people. Akbash responds well to fairness, consistency and firmness. It is a very good worker and enjoys being assigned with a job. An Akbash dog likes to take daily walks and run in a wide area. This keeps the dog from becoming idle and consequently, developing disruptive behavior.
Genetic Diseases
Akbash dog breed is prone to some diseases. The most common diseases occurring in the dog is hip dysplasia and oesteochondritis (OCD). However, proper care can help protect the animal from these diseases.
Grooming
Since Akbash sheds huge amount of hair, regular brushing is required for the dog. This will help minimize the hair fall. It should be bathed only once and that too when it is absolutely necessary. Use mild dry shampoo for bathing the dog, so that its weather coat is protected. 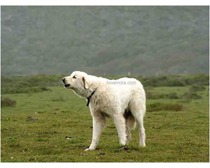 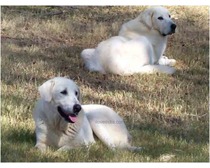