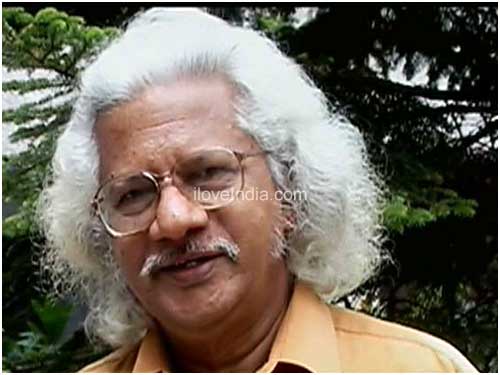 Born In: Adoor, Kerala
Career: Director, Producer, Scriptwriter, Producer, Author
Nationality: Indian
Adoor Gopalakrishnan is one of the established names in the world of parallel cinema. He is known worldwide as a veteran filmmaker and scriptwriter from India. Although he has directed only a handful of Malayalam feature films, in a career spanning over two decades, each of his works has been recognized throughout the world. Adoor Gopalakrishnan’s films have been screened at a number of prestigious International Film Festivals, held in Cannes, Venice, Berlin, Toronto, London and Rotterdam. The filmmaker has written, directed and produced documentaries and short films and has authored books as well.
Childhood And Education
Gopalakrishnan was born on 3rd July 1941, in a small village named Pallickal, near Adoor, Kerala. He was originally named Moutathu Gopalakrishnan Unnithan, by his father Moutathu Madhavan Unnithan and mother Gauri Kunjamma. The ace filmmaker started his artistic life at a very young age. He started acting in amateur plays when he was only eight years old. Later on, he started concentrating on writing and direction as well as scripted plays.
In 1961, Adoor Gopalakrishnan graduated in Economics, from Gandhigram Rural Institute, located near Dindigul city of Tamilnadu. After working as a Government Officer for a year, Gopalakrishnan went on to pursue a course in screenplay writing and advanced film direction from Pune Film Institute, in 1962. He finished his course with a scholarship, offered by the Government of India for excellence in studies.
Chithralekha Film Society & Chalachithra Sahakarana Sangham
After graduating from Pune Film Institute, in 1965, Adoor Gopalakrishnan, along with his friends and classmates, established Chithralekha Film Society, the first film society of Kerala. In the same year, the group established film co-operative named “Chalachithra Sahakarana Sangham”, aimed at production, distribution and exhibition of quality films. The organizations sent shock waves in the film fraternity of Kerala and gave birth to a new genre, called “art films”.
Career As A Feature Film Maker
Adoor Gopalakrishnan has scripted and directed critically acclaimed and award-winning feature films in his mother tongue, Malayalam. The very first film directed by him - “Swayamvaram” (1972) - was entitled to the prestigious National Award. Regarded as a milestone in the history of Malayalam film history, “Swayamvaram” reached international audience as well. It was screened at various film festivals, held in Moscow, Melbourne, London and Paris.
Many feature films directed by Adoor Gopalakrishnan, including  “Kodiyettam” (1977), “Elippathayam” (1981), “Mukhamukham” (1984), “Anantharam” (1987), “Mathilukal” (1989) and “Vidheyan” (1993), have received appreciation by critics at various film festivals, held in India as well as abroad. The films “Kathapurushan” (1995), “Nizhalkkuthu” (2003) and the recently made “Naalu Pennungal” (2007) are equally popular in the world of parallel cinema.
Beyond Feature Films
Apart from making feature films, Adoor Gopalakrishnan is accredited with the creation of over 30 documentaries and short films. His works have fetched him several coveted awards, both in India and abroad. The film maker has also authored three Malayalam books, including “Cinemayude Lokam” (The World of Cinema), “Cinemaanubhavan” (The Experience of Cinema) and “Cinema, saahityam, jeevitham” (Film, Literature and Life).
Awards
Filmography
Documentaries
How to Cite