Toyota is busy in rolling out new models every now and then. The latest additions in their range are 2008 Highlander and Highlander Hybrid. The mid-size sport utility vehicles (SUVs) were unveiled by the company at the 2007 Chicago Auto Show. While designing the new Highlander, due emphasis was paid to make it bigger, roomier and more powerful than the original model. Though a number of other improvements have also been made, the fuel efficiency of the new model remains, more or less, the same. 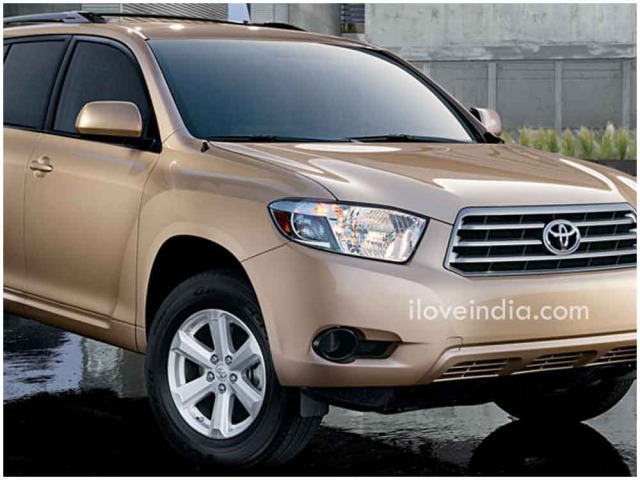 2008 Toyota Highlander promises to offer you the highest level of standard safety equipment. Toyota's STAR safety system, which the model has been equipped with, includes anti-lock brakes, traction control, electronic brake-force distribution, brake assist and enhanced vehicle stability control, with electronic power steering. There will be seven airbags in the car, which include driver's knee airbag and roll-sensing side curtain airbags for all three rows. The car has also been made much quieter, comfortable and more versatile.
Except for the base one, all the models of 2008 Toyota Highlander will have a stand-alone backup camera with a multi-information screen, not tied to a navigation system. Apart from that, the automobile will also feature both active head restraints and a new hood and fender system. The latter has been designed to crumple on impact with a pedestrian. In terms of looks, the new Highlander offers you a look of strength and intelligence, not the usual ruggedness and toughness of a regular SUV.
Designed by Calty Design Research, in Newport Beach (California), the automobile has been intended to have a contemporary look. As for its other features, 2008 Toyota Highlander has been equipped with all-new chassis, based on the current Camry and Avalon. Its interiors have been designed in a way that combines comfort and luxury, with practicality. For example, the third-row bench seat has foldable headrests, which can be used as a flat rear cargo area, when not in use. The rear glass hatch provides quick access to the back.
All the three version of 2008 Toyota Highlander, Base, Sport and Limited, have been powered with a new 3.5-liter V6, which promises you a 270 horsepower. In case of the hybrid version, the fuel efficiency is 31 mpg - city and 27 mpg - highway. The automobile will come with a number of options. These include a power backdoor, navigation system with an eight-inch screen, rear-seat entertainment system with a nine-inch screen, three-zone air conditioning, JBL audio with six-disc changer and nine speakers with Bluetooth, etc.
Technical Specifications 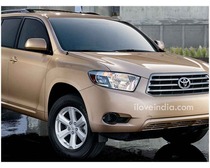 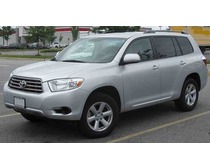