New York is the largest city in the United States and offers many exciting places to see. Check out the tourist attractions and things to do in New York.

Language: English
Best Time to Visit: May to September
Time Zone: UTC - 5/-4
Driving Side: Right Side
Main Attractions: Empire State Building, Statue of Liberty, Grand Central Terminal, the Rockefeller Center, the Central Park
New York is the largest city in the United States. It also ranks amongst the largest urban areas in the world. Located on the east coast in New York State, it also served as the capital of United States from 1785 to 1790. It lies on one of the world’s finest natural harbors and is a major center of commerce and finance. The city internationally affects the fields of media, education, entertainment, arts, fashion and advertising. Hosting significant international affairs, New York houses the headquarters of United Nations. Apart from this, the city is home to few world renowned landmarks such as the Statue of Liberty, Wall Street, Empire State Building and formerly the twin towers of the World Trade Center. Thus, New York offers varied places to see and things to do. To know more about the tourist attractions in New York, read on.
Sightseeing
The city offers some enthralling tourist attractions. The skyscraping Empire State Building is a major attraction for the tourists. The Statue of Liberty is yet another landmark and an American symbol of freedom. Grand Central Terminal is also an important place, which is the major transportation hub. Moreover, the Rockefeller Center is known for its Christmas tree, ice skating, top of the Rock Observation Deck, Radio City Music Hall and numerous shopping and dining opportunities. Besides, the Central Park offers respite from the hustle bustle of the city and is suitable for a walk and boat ride.
Museums
New York is dotted with world class museums. The most popular museums in the city include Ellis Island Immigration Museum, which is located in the New York Harbor. It aims at educating the visitors regarding immigrant experience. Next is the American Museum of Natural History, which houses some ever changing exhibits as well as a Rose Center Planetarium. The Guggenheim Museum displays modern paintings, sculpture and film and is known for its spiral structure and unique layout.
The Metropolitan Museum of Art displays an extensive collection of art from across the world. Besides, other worth visiting museums in New York are Museum of Modern Art, Lower East Side Tenement Museum, American Museum of the Moving Image, New York Historical Society, Whitney Museum of American Art, Cooper-Hewitt and  National Design Museum.
Entertainment
New York offers some sassy entertainment options for the visitors. Apart from the classic museums, there are a number of theaters and operas to quench the recreational needs of the tourists. The Lincoln Center for the Performing Arts, including Jazz at Lincoln Center, the Metropolitan Opera, the New York City Opera, the New York Philharmonic, the New York City Ballet, the Vivian Beaumont Theatre, the Juilliard School and Alice Tully Hall, are some the largest performing arts center in the United States. Moreover, Central Park Summer Stage presents performances of free plays and music in Central Park as well as 1,200 free concerts, dance, and theater events across the state in the summer months. 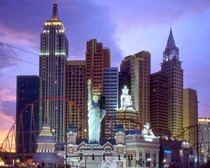