Seville is a Spanish city, which boasts of a large number of tourist attractions. Explore more on the things to do and places to see in Seville.

Languages: Spanish (official), Aranese, Basque, Catalan/Valencian, Galician
Best Time to Visit: Throughout the Year, except the months of July and August
Time Zone: GMT+1
Driving Side: Right Side
Main Attractions: Seville Cathedral, Alcazar Palace, Torre del Oro, Town Hall, Parque Maria Luisa, Casa de Pilatos, Iglesia de la Caridad, Plaza de Espana, etc
Seville is a city that is regarded as the artistic, cultural, and financial capital of southern Spain. A beautiful city, it is the capital of Andalusia and of the province of Sevilla. Today, it has emerged to be a popular tourist destination, visited by travelers from all parts of the world. Seville is home to some of the most prominent ancient sites, which boast of great architectural beauty and rich historical past. While the monuments in the city, including palaces and cathedrals, bring forth its legacy, the parks and gardens provide the perfect brush with nature. In short, Seville is the city where you find numerous things to do and plenty of places to see.
Seville Tourist Attractions
Monuments
Seville is a city that is known for its magnificent monuments. Amongst the most prominent ones is Seville Cathedral, acclaimed to be one of the largest cathedrals in the whole world. Built as per Gothic style of architecture, it stands adorned with gilded panels, gleaming icons and exquisitely carved altarpieces. Another popular attraction of the city is Alcazar palace, built by the Moors in the 7th century. Set amidst lush gardens, the palace saw a number of additions by its successive inhabitants.
Torre del Oro, meaning the ‘Tower of Gold’ is a must-visit monument is Seville. It stands overlooking the Guadalquivir River and dates back to the 13th century. The tower is believed to have been covered with gold tiles, imported from the Americas. Then, there is the Town Hall, which was built in the 16th century. It is based on Plateresque Style and was built under the aegis of Diego de Riaño. The Façade to Plaza Nueva, on the other hand, has been built as per the Neoclassical style and dates back to the 19th century.
Parks and Gardens
Seville city, being full of parks and gardens, offers you a number of places to commune with nature. Parque Maria Luisa is a park built in the year 1929, which houses attractive monuments and museums, apart from the lush greenery. Alcazar Gardens, laid at the backside of Alcazar Palace, have been developed over centuries. Each of its sectors represents different styles and influences. The Gardens of Murillo and the Gardens of Catalina de Ribera are the other gardens that are a must-see, whenever you go to Seville.
Historical Sites
Casa de Pilatos is a palace that was built by the Moors in the 15th century. Located next to the Plaza de Pilatos, it presents a fusion of Italian Renaissance and Spanish Mudéjar style. Iglesia de la Caridad dates back to the 17th century and is known for housing spectacular statues, built by sculptor Pedro Roldán. Amongst all the statues, the one representing the ‘Burial of Christ’ is the most impressive. Plaza de Espana is one of the most prominent buildings in Seville, which serves as the epitome of the Moorish Revival in Spanish architecture.
A semi-circular plaza, it stands adorned with polychromatic ceramic tiles. The plaza is flanked by two splendid towers and a bordering lake. Plaza de Toros de la Maestranza of Seville is one of the oldest and most important bullrings in the world. The ring can accommodate up to 14,000 spectators and has been built in such a way that you will not miss out on even a single sound. The University of Sevilla is another historic site, which is housed in the original site of La Antigua Fabrica de Tabacos, the first tobacco factory in Europe.
Shopping Places
Tiendas del centro is the shopping district of Seville, which begins at Plaza Nueva and ends at Plaza San. Here, you can get a wide array of items, ranging from clothes and shoes to jewelry and ceramics. If malls are what you are looking for, the choice will include Plaza de Armas, Nervión Plaza and Los Arcos. Los Remedios is the place where you will find some of the best boutiques of Seville. Do make sure to visits the open-air markets of the city, in Plaza del Cabildo, Charco de la Pava, Plaza del Museo, Calle Feria and Plaza del Duque, for getting wide variety, at reasonable prices.
Entertainment
Seville will not leave you disappointed, in terms of entertainment. Casa De La Memoria De Al-Andalus, in Barrio de Santa Cruz, is the cultural center of the city, where two flamenco shows are staged every night. If you wish to experience the nightlife of Seville, hit the bars and pubs. Amongst the most popular ones is Tablao Los Gallos, which also has nightly flamenco performances. Then, there are La Carboneria and El Garlochi, the perfect hangouts to spend the night partying with a group of friends.
If you are planning to come to the city with kids, head for the amusement parks, situated on the outskirts. Isla Magica and Guadalpark are close to the city, while Aquópolis Seville is slightly far away. Then, there is Mundo Park, combining a botanic garden, a zoo and an amusement park in one. Parque Nacional de Doñana is one of the most important wetlands in Europe and houses a number of endangered species. For catering to your taste buds, hits the restaurants, with the best ones being Egaña Oriza, Robles Placentines, Casa Cuesta, Zarabanda and Café Bar Habanita. 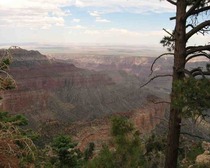