Stockholm is the capital city of Sweden and offers many exciting places to see. Check out the tourist attractions and things to do in Stockholm.

Language: Swedish
Best Time to Visit: May to September
Time Zone: UTC+1/+2
Driving Side: Right Side
Main Attractions: Stadshuset, Royal Palace, Gamla Stan, National Museum, Moderna Museet, Stockholm City Museum, Royal Dramatic Theatre, Royal Swedish Opera
Stockholm is the largest as well as the capital city of Sweden. The significance of the city can be estimated from the fact that it has been the economic and political hub of Sweden since the 13th century. In effect, the Swedish government, the parliament and the residence of the Swedish monarch is also located here. The Stockholm metropolitan area is the largest urban area in Sweden. Moreover, the city is strategically located on the east coast of Sweden at the mouth of Lake Malaren, which is yet another historically significant aspect of the city. Apart from this, the city of Stockholm offers a number of tourist attractions and things to do. To know more about the places to see in Stockholm, read on.
Sightseeing
While going on the sightseeing tours of Stockholm, you will be enthralled by the beauty of the place. Stadshuset or the City Hall is one of the renowned landmarks of the city. It is city’s administrative and representative center. The Blue Hall hosts the world famous Nobel Prize Banquet every year, followed by a ball in the Golden Hall. Next is the Royal Palace, which is the official residence of the King. It was built in the 18th century and has spectacular interiors. You can also go for a ride through the meandering alleys of Gamla Stan or the Old Town to witness beautiful houses, boutiques, restaurants and distinct sights.
Museums
Stockholm boasts of around 70 museums. The most popular museum in the city is the National Museum. It houses Sweden’s largest collection of paintings and handicraft objects. The collection dates back to the 16th century and has been extended further by later artists. Next is the Museum of Modern Art or Moderna Museet, which is Sweden's national museum of modern art. It exhibits works by famous modern artists such as Picasso and Salvador Dalí. After this, the Stockholm City Museum is also a worth visiting place as it exhibits the history of the city. Other museums worth visiting in Stockholm are Skansen, Nordic Museum and the Vasa Museum.
Sports
The sport lovers can have ample opportunity to enjoy and indulge in high action activities as the city organizes varied spectator sports such as football and ice hockey. The three most popular teams of Stockholm are AIK, Djurgardens IF and Hammarby IF. The city was also host to the 1912 Summer Olympics and has since hosted numerous sports events, notably football and athletics. Stockholm has also hosted all but one of the Nordic Games, a winter multi-sport event that predated the Winter Olympics.
Entertainment
Stockholm offers varied entertainment options for the visitors. The art lovers can have a real good time in the city as apart from the museums, there are a number of theaters and operas to quench their recreational needs. The distinguished theatres among Stockholm's are the Royal Dramatic Theatre (Dramaten), which is one of Europe's most renowned theatres and the Royal Swedish Opera, inaugurated in 1773. Besides, other notable theatres are the Stockholm City Theatre (Stockholms stadsteater), the Peoples Opera (Folkoperan), the Modern Theatre of Dance (Moderna dansteatern), the China Theatre, the Göta Lejon Theatre, the Mosebacke Theatre and the Oscar Theatre. 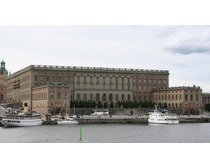