Puri, the Abode of Lord Jagannath, is amongst the most scared pilgrim destinations in India. Explore the places to see i.e. the places of tourist interest in Puri.

Puri, the Abode of Lord Jagannath, is counted amongst the most venerated pilgrim destinations in India. It is situated in Orissa, hardly 60 km away from the capital city of Bhubaneswar. Known by a number of names, such as ‘Jagannath Puri’, ‘Martya Vaikuntha’ and ‘Sri Purusottama Dham’, the city forms the Golden Triangle of East India, along with Bhubaneswar and Konark. Puri is the venue of one of the most significant religious procession in the country, Lord Jagannath Rath Yatra. Apart from being important from religion point of view, Puri also boats of scenic beauty and splendor. Infact, some of the most magnificent beaches of India are in Puri only. So, whether you are a pilgrim or a tourist, you will find no dearth of attractions/interests in the city.

Places to See in Puri
Jagannath Temple
Jagannath temple is, undoubtedly, the most visited destination in Puri. Infact, it is the single-most factor luring pilgrims to the city from far and wide. Dedicated to Lord Jagannath (Lord Krishna), the temple dates back to the 12th century. Founded by Raja Ananta Varman Chodaganga Dev, it stands adorned with tall spires, exquisitely carved walls and brilliant murals based on the Lord himself.
Puri Beach
Puri, being situated along the Bay of Bengal, is home to a large number of beaches. However, the beach known by the name of Puri commands the greatest popularity. A dip in its waters is believed to hold great religious significance. Add to this, the picturesque locales and golden sands of the beach and the result is a never-ending rush of pilgrims and tourists.
Gundicha Temple
After Lord Jagannath, Gundicha temple is the most popular temple in Puri. It is dedicated to the maternal aunt of Lord Jagannath. However it’s named after King Indradyumna, also known as Gundicha, since he laid the temple’s foundation. It is here that the idols of Lord Jagannath, Lord Balabhadra & Goddess Subhadra are brought from the Jagannath temple, during the annual rath yatra.
Swargadwar Beach
Situated at a distance of hardly 2 km from the Jagannath temple is the Swargadwar Beach. It used to be the bathing place of Sri Chaitanyadev, a famous Vaishnava prophet. It is believed that a dip in the holy waters of the beach helps one attain heaven after death. The beautiful surroundings of the beach only add to its attraction.
Chilka Lake
One of the largest lakes of not only India, but the whole of Asia, Chilka Lake is situated close to Puri. Most of the people who visit the holy city make it a point to undertake an excursion to the lake also. Spread over an area of almost 1100 sq km, Chilka Lake also serves as a bird sanctuary during winters. While there, do not forget to go on a cruise too.
Accommodation
Puri is one of the most revered pilgrimages of India. Hindus come here from the remotest corners of India and the world, to pay respects to Lord Jagannath. In view of the horde of pilgrims visiting the city every year, hotels in Puri offer options for all class of visitors. The four-star hotels in Puri, like Toshali Sands, offer immaculate hospitality, outstanding services and top-notch amenities to their guests, though at a price. For those who want luxury, albeit at a little less price, there are the three-star hotels, like Mayfair Hotels & Resorts and Nilanchal Ashok. For the economical travelers, budget hotels of Puri work the best.
How to Reach
By Air
Biju Patnaik Airport of Bhubaneshwar, situated hardly 60 km away, falls the nearest to Puri.
By Rail
Puri has a railway station of its own, which is easily accessible from the center of the city and is well connected with all the key cities in India.
By Road
You can get direct bus services to Puri, from Bhubaneshwar, Cuttack, Kolkata and Vishakhapatnam. Taxis are also easily available. 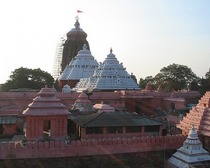