Patrick Wayne Swayze is a famous hollywood actor, best known for his role in the movie 'Dirty Dancing'. With this biography, know more about his childhood, profile & filmography. 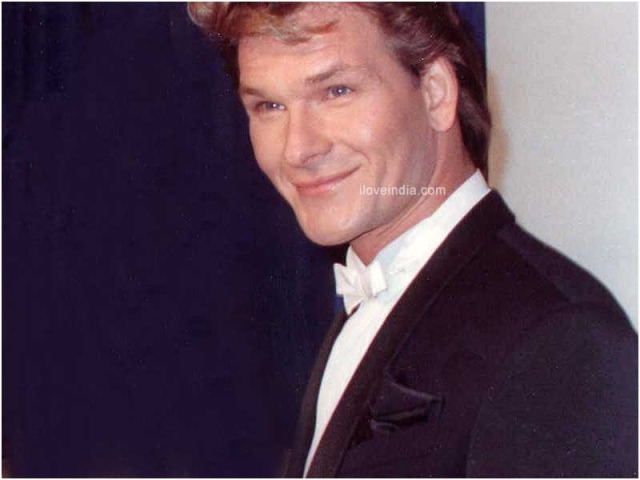 Born In: Houston, Texas
Died On: September 14, 2009
Career: Actor, Dancer, and Singer-Songwriter.
Nationality: American
An actor, dancer and singer by profession, Patrick Wayne Swayze is best known for his role as the romantic hero in the movie, ‘Dirty Dancing’. His association with the film industry has been three decades long, in which he has received four Golden Globe nominations. He was also listed as the ‘Sexiest Man Alive’ in 1991 edition of People’s magazine. Though Patrick Swayze has been suffering from pancreatic cancer and is in stage four of the disease, he has not let his illness hamper his artistic talent.
Childhood And Education
Born on August 18, 1952 in Houston, Texas, Patrick Swayze is an Irish descendant. While his mother, Patricia "Patsy" Yvonne Helen (née Karnes) was a choreographer, dance instructor and dancer by profession, his father was an engineering drafter. Patrick Swayze has three siblings - Vicki (deceased), Sean and Don Swayze, who is also an actor. Swayze completed his basic educational qualification from four schools - St. Rose of Lima Catholic School, Oak Forest Elementary School, Black Middle School and Waltrip High School.
Apart from gaining academic degrees, Patrick Swayze also pursued artistic and athletic activities like ice skating, classical ballet and acting in plays, during his school days. He also enrolled in San Jacinto College for two years to learn the art of gymnastics. It was in 1972 that Patrick Swayze changed his lodgings from Texas to New York City, to complete his formal dance training at the Harkness Ballet School and Joffrey Ballet School.
Career
Patrick Swayze’s started his dancing career with Disney. Thereafter, he joined Broadway theatre production; with ‘Grease’ being his first-ever stage show. Swayze’s first plunge into the big screen was with the movie ‘Skatetown, U.S.A.’, in the year 1979. However, it was with the 1983 release ‘The Outsiders’ that he earned a name in the industry. Though he played the elder brother of C. Thomas Howell and Rob Lowe in the movie, it brought instant acclaim and appreciation for his artistic talent. Nonetheless, major success still eluded this talented actor.
It was with the 1985 television mini-series, ‘North and South’, set during the American Civil War, that Patrick Swayze hit the jackpot. While this TV series established his position as an actor, 1987 movie ‘Dirty Dancing’ took his career graph to greater heights. Though a low budget flick, the movie achieved massive international success and fully explored Swayze acting, dancing and singing talent. He was received a Golden Globe Award nomination for his role in the movie. Despite receiving so much appreciation, Swayze could not maintain his position and became a part of several flops later on.
Patrick Swayze, however, regained his position with the 1990 flick, ‘Ghost’. He was, then, seen in the hit action film, ‘Point Break’. Swayze received another setback, when he was injured while shooting for HBO's ‘Letters from a Killer’. With both his legs broken and four detached tendons in his shoulder, it became difficult for the actor to resume his career. It was only in 2000 that Swayze was seen on the screen once again, with the movies like ‘Waking Up in Reno’ and ‘Forever Lulu’.
Following his return, Patrick Swayze did a number of movies and also actively participated in theatres and television. Swayze was last seen in the 2007 film 'Christmas in Wonderland'. Some of his upcoming works include the film ‘Powder Blue’, slated for 2009 release. Swayze has played the role of an aging rock star in the movie. He will also feature in the television drama ‘The Beast’, which is scheduled to air in early 2009. Swayze plays the role of FBI Agent Charles Barker in the tele-series.
Other Interests
Though Patrick Swayze was raised as a Roman Catholic, he has also studied the Bahá'í Faith, Buddhism, and Scientology. Swayze was also a part of ABC, NBC, and CBS simulcast of ‘Stand Up to Cancer’, aired in September 2008. During his appearance, he appealed to the general public to donate for the cause.
Personal Life
Patrick Swayze tied the nuptial knot with Lisa Niemi in the year 1975. The duo had first met when Nieme was taking dancing lessons from his mother, in 1970. At that time, Nieme was only 16 years of age. Other than acting, dancing and filmmaking the couple were also involved in the construction business and horse breeding. The marriage lasted until his death in 2009. He joined the Church of Scientology as in his own words “to support another side of myself”, but soon after he opted out. At the age of 30 he started drinking heavily as a result of his father’s death, and he had to struggle with alcoholism throughout his life. He was also a chain smoker and continued smoking even on his dead bed. After 1994 he took a break from acting, following a brief recovery from alcoholism, to breed horses in his various ranches. He was very interested in flying and being a licensed pilot, he would spend a great deal of time flying light planes, particularly his Cessna.