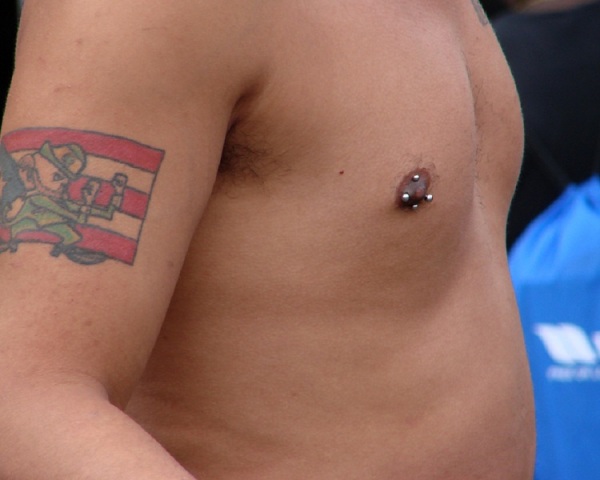 Image: [email protected]
Among the freakiest fashion fads doing the rounds these days is the craze for nipple piercing. Opted by both men as well as women, it’s a piercing that’s generally done at the base of the nipple. Nipple piercing can be done at any angle, though it’s the horizontal one that’s more popular whereas the vertical quite rare. Few fashion slaves also go for multiple nipple-piercings with each one above another.
Among all points on the body like ears, navel, eyebrows, etc. that happen to be popular targets for the piercing art, it is perhaps nipple piercing that takes the longest time to heal. Though the approximate time for healing incase of nipple piercing is around three to six months, some people have also reported theirs to have taken around a year so to cure completely.
Jewelry Rejection
Those planning to undergo nipple piercing better be aware that there is a good possibility of jewelry rejection. Yes, the nipple area on the body is adequately fleshy to allow a secure piercing behind ample skin to avoid jewelry rejection, but nevertheless there is a possibility. For instance, jewelry rejection could happen if the metal gauge is very fine or the piercing isn’t deep enough. Another reason could be skin allergy towards metal, infection or too much of tugging and pulling.
Nipple Piercing by Celebrities
How to Cite