The entire career of the famed novelist Mario Puzo revolves around “The Godfather”, which catapulted him to the top. Read on this biography to know about this legendary writer’s life. 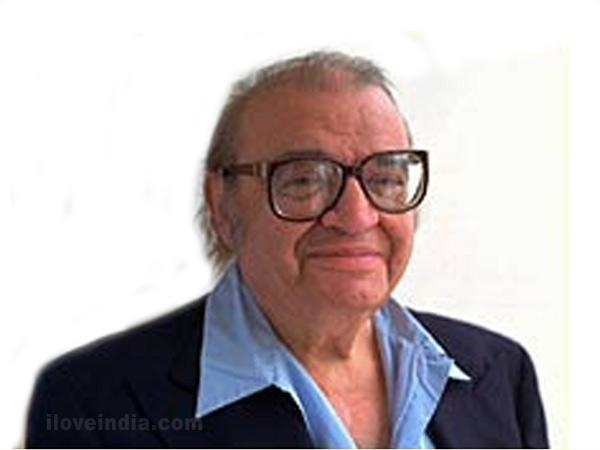 Born In: Manhattan, New York
Died On: July 2, 1999
Career: Novelist, Screenwriter
Nationality: American
“Make him an offer he can’t refuse”. Does the dialogue seem familiar? You guessed it right. The best known line from the 1969 book “The Godfather” has continued to live with us ever since we saw the cult film. The book created history by being a bestseller for a record breaking sixty seven weeks, eventually making the Italian-American author of this novel, Mario Puzo, a master of crime fiction. He became a legend in himself after the book’s publication. Further, with his role as a screenwriter, he left an indelible mark in the hearts of movie buffs by producing the film by the same name, followed by two sequels of it. After a long period of struggle in his career, he swooped to the front position and continued to remain the most acclaimed crime fiction writer.
Early Life
Mario Gianluigi Puzo was born into a poor family of Italian immigrants who settled down in Manhattan, New York City. Puzo’s father was a railway trackman and he, along with his six brothers and sisters, lived above the railway yards. Puzo wanted to become an army officer and so after graduating from the City College of New York, he enrolled himself in the United States Army Air Forces during the World War II. Due to his poor eyesight, he was rejected by the army and was instead posted as a public relations officer in Germany. After serving for few years in the US Air Force, Mario Puzo got enrolled at the New School for Social Research, New York, and then later went to Columbia University. He also took special classes in literature as well as creative writing. In 1946, Mario Puzo married Erika Lina Broske and the couple was blessed with three sons and two daughters.
Career As A Writer
At the age of twenty-eight, Mario Puzo for the first time considered writing as a career option. His first published story was “The Last Christmas” that appeared in the American Vanguard in 1950. His first novel was called “The Dark Arena”. Written after the completion of Second World War, the novel got published only in the year 1955. Though the novel was critically acclaimed, it did not help Puzo much to revive his financially tumbled-down life. From 1963 onwards, Puzo began to work as a freelance journalist as well as a writer. He wrote book reviews, short stories and articles for men’s magazines. Under the pseudonym Mario Cleri, Puzo also wrote adventure features inspired from World War II under the title ‘True Action’. His second book called “The Fortunate Pilgrim” came into the market after about a decade in 1964. This novel traced the life of an Italian immigrant family through the 20th century. When neither of these two novels gained appropriate financial success, Puzo vowed to make it big by writing a bestseller with “Mafia” as a subject.
“The Godfather”
In an interview with Larry King, Mario Puzo revealed that the prime motivation behind writing “The Godfather” was money. This international bestseller was a saga of the roots of underworld, corruption, violence and honor and was first published in 1969. During his tenure as a freelance pulp journalist, he had heard a lot of anecdotes about the mafia organizations springing in the city. He was looking forward to writing something that would appeal the masses and serve his family of seven. With this novel, Puzo seemed to have found his preferred target audience. The book was a huge success and its adaptation as a film also left a deep impact on the American society and the world as a whole. Directed by Francis Ford Coppola, the film received a whopping 11 Academy Award nominations and went on to win three of them. Mario Puzo himself won an Oscar for the category of “Best Adapted Screenplay”. The film’s immense success led to the making of two sequels. Both Puzo and Coppola collaborated to write the script of the films. Godfather III, released in 1990, though not based on the original book, was co-written by Puzo and Coppola.
Other Works
With the phenomenal success of “The Godfather”, Mario Puzo had paved a path of gold for himself. The book “Fools Die” came in 1978 and topped the charts for around 30 weeks. His other novels include “The Sicilian” (1984), “The Fourth K” (1991) and “The Last Don” (1996). He wrote the draft of the script for the disaster film “Earthquake” released in 1974. However, he was unable to continue working on it further due to his prior commitment to “The Godfather II”. Puzo co-wrote Richard Donner's “Superman: The Movie” and also the original draft for “Superman II”. He also wrote the screenplay for films like “A Time to Die” (1982) and “The Cotton Club” (1984). Two of his novels “Omerta” and “The Family” were published posthumously, even though the manuscript was finished by Puzo before his death.

Death
Mario Puzo passed away on July 2, 1999, at his home in Bay Shore, Long Island. He had died due to heart failure.