Lisbon is the capital as well as the largest city of Portugal, housing a number of places to see. To know about the tourist attractions and things to do in Lisbon, read on.

Languages: Portuguese, English
Best Time to Visit: Throughout the Year
Time Zone: UTC+1
Driving Side: Right Side
Main Attractions: Castelo de Sao Jorge, Se de Lisboa, Monument to the Discoveries, Tower of Belem, Lisbon Oceanarium, National Museum of Ancient Art
Lisbon is the capital as well as the largest city of Portugal. It is the largest municipality as well as the metropolitan area. Owing to the prominent economic output, standard of living and market size, it is considered to be a significant economic hub of the entire Iberian Peninsula. In effect, Lisbon is the wealthiest region in Portugal. Moreover, it is also the political nerve center of the state, housing the seat of government and residence of the Head of State. The ancient city is a thriving tourist destination and houses many interesting places to see. To know more about the tourist attractions and things to do in Lisbon, read on.
Sightseeing
Some of the worth visiting places in Lisbon include Castelo de Sao Jorge, which is a fortress built in the 5th century. Popularly known as the cradle of Lisbon, it provides a spectacular view of the River Tagus. Tourists can enjoy a multimedia show here everyday, which brings to life the glorious past of Lisbon. Se de Lisboa is the oldest church in the city. Initially constructed in 1147, it is a blend of several architectural styles. Another impressive structure is Monument to the Discoveries.
Situated on the riverbank, it is a monument built to commemorate the Portuguese Age of Discovery. Besides, the Tower of Belem is a UNESCO World Heritage Site. It is a renowned landmark, which is exquisitely decorated on its exterior. Built in the 16th century, it is located in the middle of River Tagus. The Lisbon Oceanarium is the largest in Europe. It contains one of the largest aquariums in the world and a large collection of marine species, mammals, fishes, cnidarians and other marine organisms.
Museums
The city of Lisbon houses a number of exclusive museums. Some of the noteworthy museums include, the National Museum of Ancient Art. It is one of the most prominent museums of Portugal as well as of Europe. It serves to be the best medium for understanding the development of Portuguese art. Next is the Museu Calouste Gulbenkian, which contains an excellent collection of ancient art, belonging to Calouste Gulbenkian. Moreover, the National Coach Museum houses one the largest collection of ancient coaches in the world. Apart from this, you can also visit Museum of Portuguese-style Tile Mosaics, National Museum of Costume and Fashion, Berardo Collection Museum, etc.
Other Avenues
You can explore the city by visiting its cultural and historical neighborhoods. Belem is a popular place in the city, which was constructed in 1501. It is a fine example of Manueline architecture. Next is the Barrio Alto, which is centrally located in the city. It is the shopping and entertainment hub, housing a number of options for enjoying a hip nightlife. There are many clubs and bars here, which serve to be the ultimate destinations for all type of visitors. Gare do Oriente is the transportation hub of Lisbon. It is famous for its three furniculars, owing to Lisbon’s topography. 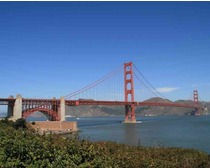