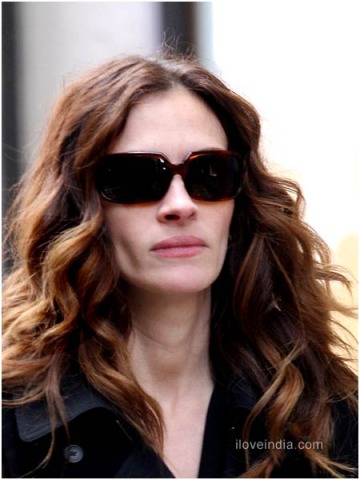 Born In: Atlanta, Georgia, US
Career: Hollywood Actress
Nationality: American
An Academy Award winner and a former model, Julia Roberts is known all over the world for her stellar performances in highly acclaimed films. She has been a highly successful actress and is also a producer. Julia Roberts has also been named as one of the ‘Most Powerful Women in the World’ by 2001 Ladies Home Journal. The People magazine also named her as one of the ‘50 Most Beautiful People in the World’. She owns the Red Om Production company, which was formerly known as Shoelace Productions.
Childhood and Early Years
Julia Fiona Roberts was born on October 28, 1967 in Atlanta, Georgia at Crawford Long Hospital. She was born to Walter Grady Roberts, a vacuum cleaner salesman and Betty Lou Motes, a one-time church secretary and real estate agent. Her parents met while performing theatrical production for armed forces and were one-time actors. Her parents divorced in the year 1971 and her father died of cancer when she was just 10. Julia Roberts then moved to Smyrna, which is a suburb of Atlanta in the year 1972 and studied in Fitzhugh Lee Elementary School, Griffin Middle School and Campbell High School. She signed with Click modeling agency and also signed up for acting classes.
Career & Shot to Fame
The first television appearance of Julia Roberts was in the series Crime Story, in which she played the role of a juvenile rape victim in an episode named “The Survivor” in the year 1987. She also appeared on the popular show Sesame Street and demonstrated her unique ability to change emotions on-screen with ease. Her first movie role was in Blood Red along with her brother Eric, which was released in 1989. She was also featured in the movie Steel Magnolias in the year 1989 for which she notched up her first Oscar nomination in the category of Best Supporting Actress. However, the movie that made her a superstar overnight was ‘Pretty Woman’, co-starring Richard Gere in the year 1990. She got her second Oscar recognition for this movie, in the category of Best Actress.
Right after that, came a thriller movie ‘Sleeping with the Enemy’ in which she played the role of a tortured wife who plans to escape from her husband. This was also a huge commercial success and was released in the year 1991. she also played the role of Tinkerbell in the movie ‘Hook’, directed by Steven Spielberg. After that, she went into seclusion and did not appear in anything significant for two years. Such was her absence that a cover story in 1993 People magazine claimed ‘What Happened to Julia Roberts?’ The same year, she made a thumping comeback in the highly successful movie ‘The Pelican Brief’, co-starring Denzel Washington. After that, she again went into the oblivion and for around 3-4 years, did not deliver anything significant.
Comeback
In the year 1997, she made a fabulous comeback with the huge comedy hit ‘My Best Friend’s Wedding’. She earned the reputation of being an actress who could deliver a box office hit successfully. Another hugely popular movie came in the year 1999 named ‘Notting Hill’, co-starring Hugh Grant. In the same year, she starred in another movie with Richard Gere, which was ‘Runaway Bride’ and was a huge success. In the year 2001, Julia Roberts proved her mettle again by winning an Oscar award for Best Actress for the movie Erin Brockovich. She then starred in the highly successful Ocean’s Eleven (2001), Full Frontal (2002), and Ocean's Twelve (2004). She also featured in the hit single ‘Dreamgirl’ of Dave Matthews Band, which is her favorite band.
Personal Life
The personal life of Julia Roberts has been constantly under media coverage. She was reported to have romantic relationships with many famous men like Liam Neeson, Dylan McDermott, Kiefer Sutherland, Lyle Lovett, Daniel Day-Lewis, Matthew Perry, etc. She married country singer Lyle Lovett after meeting him for just three weeks and divorced in less than 2 years. Her current husband is cameraman Daniel Moder, whom she met on the sets of her movie ‘The Mexican’. They are proud parents of fraternal twins and recently had a third child on June 18, 2007 in Los Angeles.
How to Cite