Jeetendra a.k.a. Ravi Kapoor was known as the ‘Jumping Jack’ of Bollywood. Find more information on Jeetendra in this brief biography & profile. 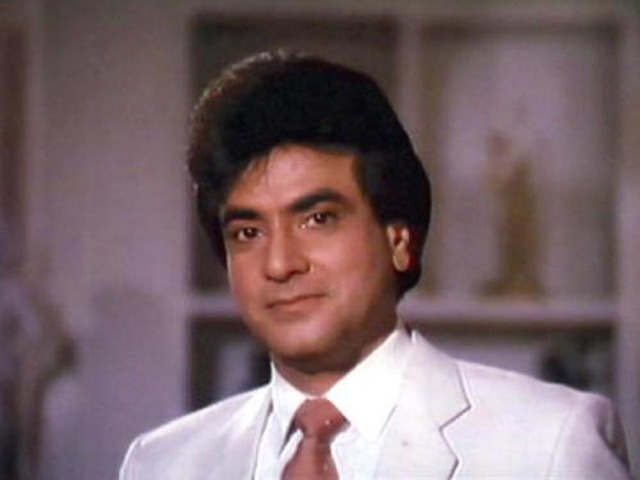 Born in: Amritsar, Punjab
Nationality: Indian
Career: Actor
The ‘Jumping Jack’ of Bollywood, Jeetendra was one of the actors who wooed the Indian audience in the 1970s and 1980s. Touted to be the dancing star of his time, he was an extremely successful star of commercial films. Though Jeetendra was panned by critics for majority of his movies, the audience loved him and his onscreen persona. Credited with a list comprising of as many as 200 movies, he co-starred with the biggest heroines of his time - Rekha, Hema Malini, Sridevi and Jaya Prada. Today, he owns the production house ‘Balaji Telefilms’, along with his daughter Ekta Kapoor.
Childhood and Early Life
Jeetendra was born as ‘Ravi Kapoor’ on 7th April 1942, in Amritsar, Punjab. He took birth into a business family that dealt in imitation jewelry. He was a science student who loved to roam around the back roads of Girgaum (in South Mumbai), along with his pals. He also used to visit film studios occasionally, mainly for the purpose of supplying imitation jewelry. It was on one of these visits that he was discovered by filmmaker V Shantaram, who gave him the chance to play Sandhya's double in Navrang (1959) and Sehra (1963).
Career
Jeetendra got the first major break of his life with Geet Gaya Pattharon Ne, the 1964 film of V Shantaram. However, it was the film ‘Farz’ (1967) that served as his stepping stone to success. The ‘cuckoo’ song in the film, in which he pranced around with Aruna Irani, became the biggest hit of its time. Along with that, the tee shirt, which he had picked from a retail shop, and white shoes, from his own collection, that he wore for the song became his trademark. As Farz became a golden jubilee success, the industry found a new hero, in the form of ‘Jeetendra’.
Farz was followed by films like ‘Caravan’ and ‘Humjoli’, in which Jeetendra had more dance numbers. His vigorous dancing in the films won him the epithet, ‘Jumping Jack of Bollywood’. It was around this time that Jeetendra moved from his chawl and shifted into a palatial house in Colaba, in South Mumbai. His mass appeal and naughty on-screen persona was what won the heart of the audience. In the early 1970s, impressed with Rajesh Khanna’s ‘Anand’, Jeetendra yearned to do roles that left a mark.
It was around this time that his movies ‘Parichay’ (1972) and Khushboo (1975) were released. Though his sensitivity in these films was acclaimed, Jeetendra realized that it was hard core commercial films that formed his forte. He came back with movies like ‘Nagin’ (1976), ‘Dharam Veer’ (1977) and ‘Badalte Rishtey’ and ‘Swarg Narak’ (1978). The early 1980s saw him starring in ‘Apnapan’, ‘Judaai’, ‘Asha’, ‘Pyaasa Sawan’, ‘Maang Bharo Sajna’ and ‘Ek Hi Bhool’. He believed that it were the middle class values of his characters that appealed to the audience.
As the trend of action movies caught on, Jeetendra was seen doing movies like ‘Dil Aur Deewar’, ‘Jyoti Bane Jwala’ and ‘Meri Awaaz Suno’. In 1982 came his home production ‘Deedar-e-Yaar’, which co-starred Tina Munim and Rishi Kapoor. The film, which was of one of his dream projects, bombed at the box office and also disturbed his upward trajectory. However, failure could not keep him down for long. He came back with successful South Indian films like ‘Justice Chowdhary’, ‘Himmatwala’, ‘Mawaali’ and ‘Tohfa’.
Raveekant Nagaich-directed ‘Farz’ and L V Prasad's ‘Jeene Ki Raah’ were the other films that marked the highpoints of his career. As the 1980s drew to an end, Jeetendra found it difficult to cope up in the rat race. His films ‘Santaan’ (1993) and ‘Udhaar Ka Zindagi’ (1995) failed at the box-office. Recognizing the change in tide, he turned into a character actor and was seen in films like ‘Dil Aashna Hai’, 'Zamana Deewana' and 'Dushman Duniya Ka'. Last, he was seen in ‘Kucch To Hai’ (2003) and did a special appearance for ‘Om Shanti Om’ (2007).
Personal Life
Shobha was only 14 when she met Jeetendra (that time Ravi Kapoor). By the time she turned 16, he had been rechristened as ‘Jeetendra’ and both of them were going steady. After much problem and obstacles, the couple got married on 31st October 1974, at Janki Kutir, in the presence of their immediate family and friends. Shobha first gave birth to a daughter, Ekta, and subsequently to a son, Tusshar. Today, Ektaa Kapoor runs the successful production house ‘Balaji Telefilms’ and Tusshar is a budding actor.
Awards and Recognitions
1998 - Guest of Honor Award at the 18th Ujala Cinema Express Awards
2000 - Lifetime Achievement Award in film personalities
2002 - Filmfare Lifetime Achievement Award
2002 - Lifetime Achievement Award at the Zee Gold Bollywood Movie Awards in New York
2004 - "Legend of Indian Cinema" Award at Atlantic City (United States)
2007 - Dadasaheb Phalke Academy Award
2008 - Sansui Television Lifetime Achievement Award
Selected Filmography
1959 - Navrang
1964 - Geet Gaya Pattharon Ne
1967 - Farz
1968 - Suhaag raat
1969 - Jigri Dost, Mere hazoor, Jeene Ki Raah, Dharti Kahe Pukar Ke
1970 - Humjoli, Khilona, Caravan
1972 - Parichay
1974 - Bidaai
1975 - Khushboo
1976 - Nagin
1977 - Dharam Veer
1978 - Badalte Rishtey, Swarg Narak
1979 - Jaani Dushman
1980 - The Burning Train
1982 - Justice Chaudhry
1983 - Mawaali, Himmatwala
1984 - Tohfa
1986 - Dosti Dushmani
1988 - Tamacha
1990 - Zahreelay
1992 - Dil Aashna Hai
1992 - Maa
1995 - Zamana Deewana
1996 - Dushman Duniya Ka
1999 - Mother
2003 - Kucch To Hai
2007 - Om Shanti Om (Special Appearance) 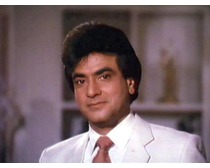 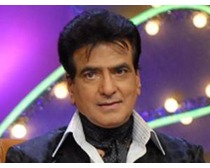