John Abraham is a Bollywood film actor, who started his career as a model. Through this biography, we intend to acquaint you with John Abraham’s childhood and profile. 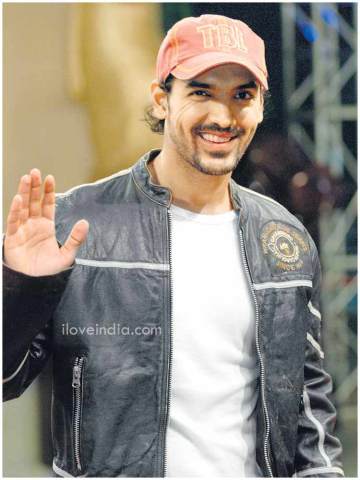 Born in: Mumbai, Maharashtra
Nationality: Indian
Education: MMS from Mumbai Educational Trust (MET)
Career: Actor, Former Model
One of the successful models in India, John Abraham is someone who has managed to create a niche for himself in the Hindi film industry a.k.a. Bollywood. Considered to be one of the hottest and sexiest stars of Bollywood, he has the female fans floored with the combination of a ‘great bod and boyish charm’. The dimple in his cheeks is said to make women go weak at knees. Abraham started his career as a model and today, has managed to be in the top league of the actors in Bollywood.
Childhood and Early Life
John Abraham was born on 17th December 1972, in Mumbai, Maharashtra. His father is a Christian architect from Alwaye, Kerala, and his mother, Phiroza Irani, is a part of Bombay's Parsi community. His Parsi name was Farhan, but it was his father who gave him the name ‘John’. Abraham also has a sibling, a younger brother, Alan. He did his schooling from Bombay Scottish School. An above-average student, in the top-fifteen students of the class, Abraham captained the soccer team of his school for sometime.
Later, Abraham enrolled in Jai Hind College, where he completed his BA (Hons) in economics. It was around this time that he started learning Taekwondo, under master Javed Khan. After completing his BA, Abraham went on to do his MMS from Mumbai Educational Trust (MET) and passed out in 1998. Therafter, he worked as a Media Planner at Enterprise-Nexus, an ad agency in Mumbai (now part of the WPP Group). One day, when the model for a shoot did not come, his boss asked John to fill in. From there, started his journey as a model.
Career as a Model
After doing the ad shoot for his boss, John Abraham received an assignment for Live-In Jeans brand. The Philips press shoot with Atul Kasbekar, one of the leading fashion photographers in India, came next. He continued receiving modeling assignments off and on. However, the first major break came when he won the Gladrags Manhunt Contest and came second in the Manhunt International, held in Singapore. Following the win, John started receiving hordes of offers.
He ended up being signed on by ‘Carrie Models’ in Singapore. He did a number of assignments in Singapore, along with Hong Kong, London and New York. Coming back to India, John found no dearth of work. His first TV Commercial was for Cinthol and he also became the first Asian model for Levis. Apart from walking on the ramp, John also did a number of music videos. Amongst them, ‘Jhanjhar’ by Hans Raj Hans and ‘Chupke Chupke’ by Pankaj Udhas, were the most noticeable ones.
Film Career
John Abraham was initially offered a role in a movie project by Pritish Nandy. Though the project was shelved later on, it did open a new door for John, who started building a screen persona of his own. He made his debut in Bollywood with the movie ‘Jism’ (2003). The film turned out to be a box-office success and earned recognition for him. This was followed by ‘Saaya’ (2003), ‘Aetbar’ (2004) and ‘Paap’ (2004). However, none of the films proved to be a success at the theaters and were termed flops.
The first major success of John was ‘Dhoom’ (2004), a blockbuster hit in which he played the villainous role of ‘Kabir’. ‘Madoshi’, another film released in 2004 was a dud at the box office. Next, he was seen in supernatural thriller ‘Kaal’, followed by ‘Viruddh...Family Comes First’, ‘Water’ and ‘Garam Masala’ - all of them being 2005 releases. While ‘Garam Masala’ was a hit and established him as a star with good comic timing, ‘Water’ won great critical acclaim. With this, he had finally made a mark in Bollywood.
In summer 2006, John Abraham performed at the "Rockstars Concert", along with fellow stars Salman Khan, Zayed Khan, Kareena Kapoor, Esha Deol, Shahid Kapoor and Mallika Sherawat. That year saw him acting in the films like ‘Zinda’, ‘Taxi No 9211’, ‘Baabul’ and ‘Kabul Express’. Of these, Taxi No 9211 and Kabul Express earned good collections. The same year, he won Rajiv Gandhi Award for His Achievement in Bollywood
None of his 2007 releases, ‘Salaam-e-Ishq: A Tribute to Love’, ‘No Smoking’ and ‘Dhan Dhana Dhan Goal’ proved to be a box-office success. Now, he is all set to play an environmentalist activist in Deepa Mehta's new film ‘Luna’. Apart from that, his film ‘Aashayein’ is about to hit the theaters and ‘Dostana’ is still filming. John Abraham is also the brand ambassador for Castrol Power 1 and the Yamaha Marque.
Personal Life
Since his entry in Bollywood (2002), John Abraham has been dating Bipasha Basu. Though rumors of their break-up began circulating a few months back, they were rubbished by the couple. He is a biker-lover, who loves to zoom around on his much-loved beauties. In fact, he once said that one of the best things about ‘Dhoom’ was that he got to roam around on a Suzuki Hayabusa, reputed to be the fastest motorcycle in the world, at that time.
Awards
2004 - Bollywood Movie Award - Best Male Debut for Jism
2005 - IIFA Best Villain Award for Dhoom
2005 - Zee Cine Award for Best Actor in a Negative Role for Dhoom
2005 - Stardust Superstar of Tomorrow - Male, Paap
2006 - Rajiv Gandhi Award for His Achievement in Bollywood
2007 - Giant International Awards For His Contribution to Indian Cinema
Nominations
2004 - Filmfare Best Debut Award for Jism
2005 - Filmfare Best Villain Award for Dhoom
2006 - IIFA Best Supporting Actor Award for Garam Masala
2006 - GIFA Best Villain for Zinda
2007 - IIFA Best Villain Award for Zinda
2007 - Filmfare Best Villain Award for Zinda
2007 - Filmfare Best Supporting Actor Award for Baabul
2007 - Bollywood Movie Award - Best Supporting Actor for Baabul
2007 - Zee Cine Award for Best Actor in a Negative Role for Zinda
Filmography
2003 - Jism, Saaya
2004 - Aetbaar, Paap, Lakeer - Forbidden Lines, Dhoom, Madhoshi
2005 - Elaan, Karam, Kaal, Viruddh... Family Comes First, Water, Garam Masala, Shikhar (Special Appearance)
2006 - Zinda, Taxi Number 9211, Kabhi Alvida Naa Kehna (Special Appearance), Baabul, Kabul Express 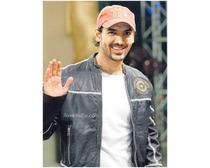 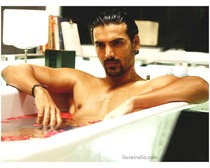