Working of a diesel engine is not too difficult to understand, once you understand its mechanism. Go through this article and get complete information on how diesel engines work.

Diesel engine is one of the two main types of internal-combustion engines used today, the other being spark-ignition engine (found in most motor cars). Invented by Rudolf Diesel, the engine makes use of compression ignition to burn the fuel. Manufactured in two stroke and four stroke versions, it initially served as a more efficient replacement for stationary steam engines. It was only in 1910s that diesel engines found their use in submarines and ships. Locomotives, large trucks and electric generating plants started making use of the engine sometime later only. Let us gather information on how diesel engines actually work. 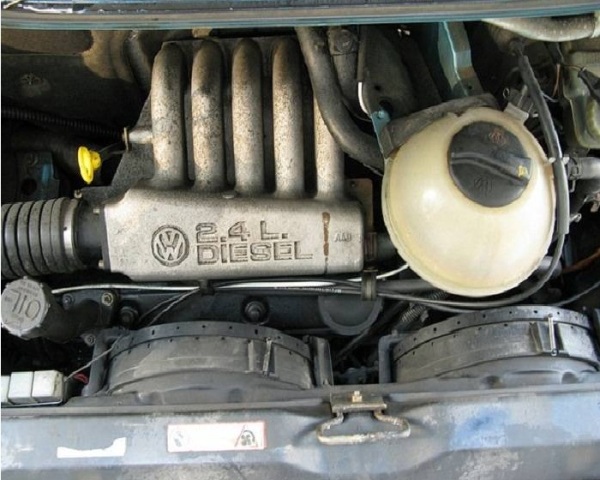 Working Of A Diesel Engine
Each of the pistons of a diesel engine undertakes the process of compressing air in a cylinder. As fuel is injected into the engine, under high pressure - as a spray, the formation of an explosive mixture takes place, which ignites spontaneously under pressure. During the combustion of fuel, there is a conversion of the chemical energy, stored in the fuel, into thermal i.e. heat energy. With this, the temperature in each cylinder becomes as high as 2,480°C, leading to the creation of pressures of about 100 kilograms per square centimeter.
The pressure, a result of combustion and the resultant thermal energy, pushes against the tops of the pistons. This, in turn, forces the pistons, connected by a rod or some other suitable connecting mechanism, to a crankshaft they turn, to the other end of their cylinders. As the crankshaft moves, rotary power is supplied to the vehicle, or the machine, and it starts working. The power of diesel engines can be increased by supercharging, which can be described as the technique of forcing air, under pressure, into the cylinders.
Some More Information
The compressed air, if it has to ignite the fuel inside the cylinders of a diesel engine, needs to have a certain temperature. The rise in the temperature of the air, in turn, depends upon the piston, as to how well it works in compressing the air. The working of the piston is determined by the ratio between the volume of uncompressed air and the volume of the air after it is compressed. In large cylinders, the compression ratio is about 13 to 1, while small cylinders require it to be as high as 20 to 1. On an average, the ratio is 14.5 to 1.
How to Cite