Lamborghini is one of the leading sports car manufacturers in the world. Explore this article to get some interesting information on the history, background & origin of Lamborghini.

Automobili Lamborghini, commonly known as simply Lamborghini, is an Italian sports car manufacturer, headquartered in Sant'Agata Bolognese, near Bologna, Italy. The company was established by Ferruccio Lamborghini in 1963. Initially started as a tractor manufacturing firm, Lamborghini faced many ups and downs since the production of its first car. After being taken over byChrysler Corporation and Megatech, the company has become a subsidiary of German car manufacturer - Audi AG. Today, the luxury sports cars carrying the brand name 'Lamborghini' are counted among the fastest in the world. Read on to explore some interesting information on the history, background and origin of Lamborghini. 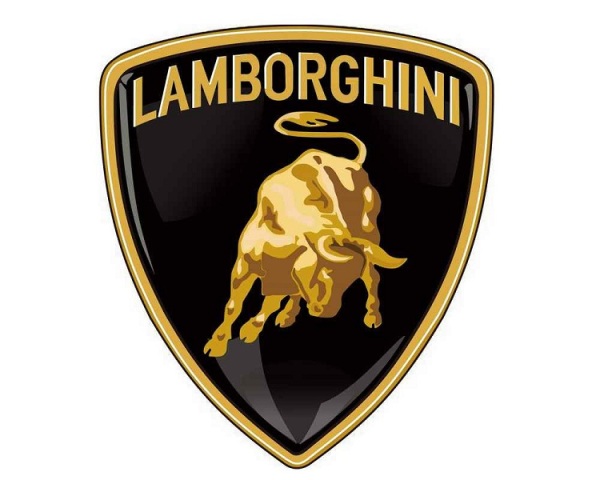 Interesting Information On Background & Origin Of Lamborghini
The Beginning
Ferruccio Lamborghini got inspired to make cars after meeting Enzo Ferrari, the owner of the company manufacturing Ferrari, at the Ferrari factory in Maranello, Italy. Ferruccio complained about the bad quality of the clutch in his 'Ferrari 250'. However, he received a rude reply from Ferrari, who blamed the owner for the clutch problem. Rebuffed by Ferrari, Ferruccio returned to Italy and called upon Giotto Bizzarrini, Gian Paolo Dallara, Franco Scaglione and Bob Wallace. He used their talents to manufacture the first car of his firm - 'Lamborghini 350GT', a high-speed high-powered vehicle, which was launched in March 1964.
First Sports Car
After the huge success of 350GT, Lamborghini introduced its second car - 400GT. Both the cars fetched huge profits for the company and ample capital to manufacture its first sports car - Lamborghini Miura. Its name was derived from the very popular fighting-bull trainer - Don Eduardo Miura. Ferruccio unveiled the chassis of the new sports car at the Turin Auto Show, held in November 1965. The transversely mounted engine of the car was its highlighting feature. Marcello Gandini designed the styling for the car, which was completed in the following year. The sports car was exhibited at the March 1966 Geneva Auto Show. Lamborghini Miura received wide acceptance by the car connoisseurs.
Miura recorded a sale of one hundred and eleven units in 1967. The success of the car propelled Lamborghini to enter into the business of exotic cars. In 1968, Lamborghini roll out a four-seater, based on the Marzal concept car - Espada. The car was powered by a 4L V12 engine, positioned in the conventional front engine layout. The low-slung touring vehicle could reach a top speed of 150 mph. The glass taillights cluster of Espada resembled the tail lamps found in its counterpart - Fiat 124 Coupe. Lamborghini then introduced three distinct series of Espada, with some improvements in its production.
Lamborghini manufactured a prototype car - LP500 Countach - in 1971. It was the first car of the company to sport 'scissor' doors (which has now become the trademark of Lamborghini). The automobile featured vertically-mounted rear air intakes. Initially, Countach was equipped with a 4L V12 engine, similar to what was seen in Lamborghini Miura. The engine capacity of Countach was increased to five liters, when Lamborghini LP500S Countach was rolled out in 1982. Countach was one of the first cars to be equipped with Pirelli 'P-Zero' tires.
Setback
Lamborghini's growth retarded, when a massive tractor order was canceled by a South African nation, in 1972. Although Ferruccio prepared his factories to accommodate the increase in demand, by upgrading them, he faced a financial burden. Consequently, he decided to sell a part of his share in the tractor factory to Fiat. Later, SAME (now Same Deutz-Fahr) acquired the tractor business of Lamborghini. The takeover proved to be good for Lamborghini, because the automobile division became self-sufficient and profitable thereafter. However, Lamborghini sold his remaining stock in the company to a Swiss-based investor. This marked his withdrawal from the automotive industry.
The sale of high performance cars was adversely affected in the 1970s, due to the oil crisis prevalent in the period. Lamborghini faced bankruptcy in 1978. Consequently, the Italian court appointed the Swiss-based Mimran brothers as the receiver of the company. During the four years of their receivership, Mimran brothers turned around the fortune of the company, making it solvent once again. Lamborghini Countach, Jalpa and the LM002 were the Lamborghini cars put on sale under Mimran's control.
Chrysler Corporation
In 1987, Chrysler Corporation acquired Lamborghini, in a surprise move. During the time, Lamborghini worked on the production of Diablo, the successor to Countach. The basic design of Diablo was formulated by Marcello Gandini, the designer of Miura and Countach. Chrysler developed the design of Diablo and incorporated pollution controls and new manufacturing techniques prevalent during the period. This proved to be an overall improvement in the engineering, ergonomics, practicality and comfort of the mass market vehicles. Noise, vibration and harshness of the automobile were also given special attention by Chrysler Corporation.
Post-Chrysler Period
Megatech, an Indonesian investment group owned by Tommy Suharto, acquired Lamborghini in January 1994, when Chrysler Corporation faced a financial downfall. Under the ownership of Megatech, Lamborghini got a new management team, which was lead by Mike Kimberley (Ex-Lotus Group Chief Executive). Nigel Gordon-Stewart, ex-McLaren Cars head of sales, was appointed as the International Sales and Marketing Director of the company.
Comeback
Under Megatech, Lamborghini made a comeback in the world market. The new management system incorporated highly proactive marketing strategies and revised its network of international dealers. Consequently, the sales of Lamborghini picked up pace. Aggressive marketing programs promoted an increase in the sale of Lamborghini cars. It regained its premier value in the car business, as new models were rolled out. Lamborghini recorded a significant increase in the sales - from 101 units in 1993 to 301 units in 1994 and 414 units in the following year.
Present Day
Lamborghini unveiled its new sports car - Diablo SV - in 1995. Inspired by Lamborghini Miura SV, Diablo SV was powered by 525bhp V12 engine, with variable cam timing technology (MMEC). The car emerged as the best selling variant of Diablo. This was followed by the launch of Lamborghini Diablo SVR in 1996. In 1997, Megatech decided to sell the company, because of its inability to provide finance for the upcoming business plans formulated by Kimberley's team. Lamborghini was sold to German car manufacturer - Audi AG - in 1998. The design of Lamborghini cars launched thereafter, including 'Murcielago', was influenced by the new owner of the company. Some of the most sophisticated Lamborghini cars were produced under the ownership of Audi AG. Today, Lamborghini works as a subsidiary of Audi AG.
How to Cite