Musk oxen, belonging to 'Bovidae' family, are native to the Arctic areas of Canada, Greenland and Alaska. Let us explore some interesting facts and amazing information on musk oxen.

Native to the Arctic areas of Canada, Greenland and Alaska, musk oxen represent an animal belonging to the 'Bovidae' family, which also includes cattle, bison, water buffalo, antelopes, gazelles, sheep and goats. They are mostly found to inhabit wet areas, such as river valleys. However, in the winter season, they move over to the higher elevations, in order to avoid deep snow. Musk oxen survive on a diet of grasses, reeds, sedges, and other ground plants. Though easily fed in the summers, they have to dig through snow to reach their food in the winter season. They live in wet areas during the summers, such as river valleys and avoid elevated grounds which are covered with snow.  Musk oxen are not territorial but they mark their trails with the help of their pre-orbital glands. Want to know some more interesting facts and amazing information on musk oxen? The following lines will serve your needs perfectly. 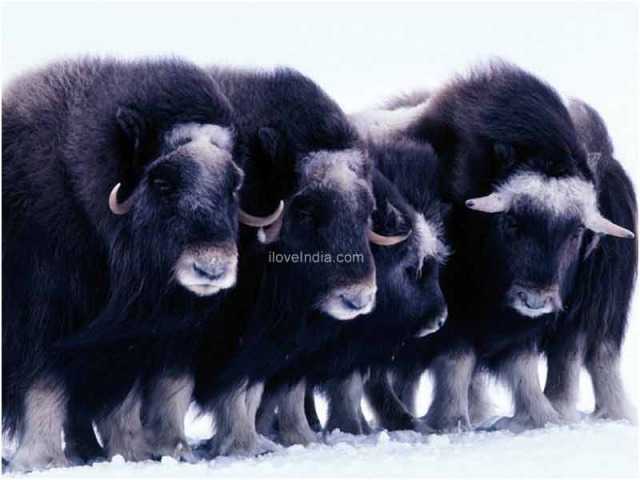