Kudus are a variation of antelopes. Check out the interesting and amazing information on Kudu given below.

Kudus are a variation of the antelopes residing in dense bush or forest areas. There are two subspecies existing worldwide: the Lesser Kudu (Tragelaphus imberbis) and the Greater Kudu (Tragelaphus strepsiceros). Both of them have stripes or spots over their body with a chevron of white hair just between their eyes on the forehead. Males as well as the females have long spiral horns which can grow up to a maximum of 72 inches comprising of two and a half graceful twists and coils. It is these horns that make these animals very prone to human attack. These gracefully twisted horns are used as musical instruments in many parts of Africa and are also sometimes used as honey containers and also as a symbol of male potency. To know more about these amazing creatures, go through the information provide by us in this article. 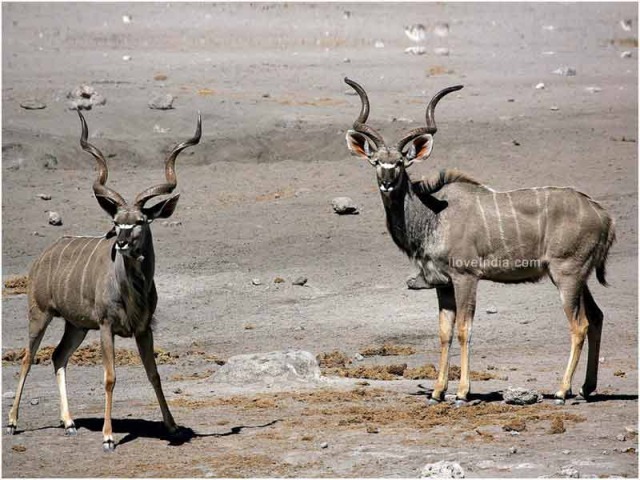 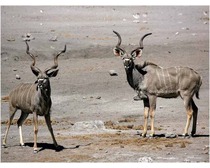 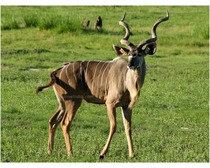