CBZ Xtreme is a sleek looking bike from the pavilion of Hero Honda in India. Check out reviews, price/cost and specifications of CBZ XTreme bike.

If you loved the CBZ from Hero Honda, you are probably in for a pleasant surprise. The CBZ Xtreme, an upgraded version of its former avatar provides everything that CBZ lacked in. Sleek and stylish looks, ergonomic as well as contemporary designing, smart engineering is what makes this bike a must have for zooming on Indian roads. Yes, this bike literally zooms on the roads, so it would be an insult if the word ‘driving’ is used! This bike has been selling like hot cakes ever since it was launched and has been very popular among enthusiastic bikers. The kick-start model will cost you around Rs. 54,000 while the self-start model will cost you around Rs. 56,000. 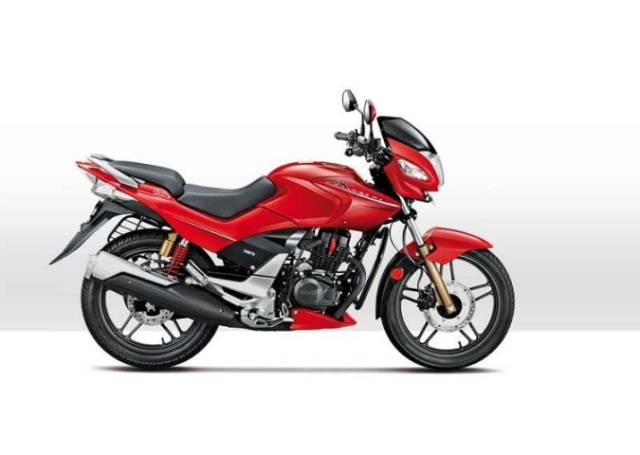 The Plus Points
The bike scores on looks, styling and power. The CBZ Xtreme is the most powerful bike in the 150cc section. Hero Honda has delivered a winner with the launch of this bike. The bike reaches 0-60 kmph in 5 seconds flat. The 4-stroke air-cooled single cylinder engine produces a power of 14.4 bhp at 8500rpm while the maximum torque is around 12.8 Nm at 6500rpm. The bike has a great sense of balance and even if you turn sharply at a speed of 100 kmph, it won’t skid. The rider is in a comfortable leaning position, which makes it easier to apply brakes on the bike. Tall riders need not worry as the bike is designed with generous knee recesses built into the fuel tank.
Features
The instrument cluster contains analogue gauges, which includes a speedometer, fuel gauge and an engine-rpm meter in addition to indicators and a powerful headlight. You will also find the sleek aircraft type fuel tank lid on the bike and deeply contoured seat for a comfortable riding experience. Another good thing about the designing is that the rear indicators are integrated into rear LED headlamps, which means they won’t break off and come in your hand! The low engine noise makes it hard to detect a running engine, thus giving a smooth ride. The mileage that can be expected out of CBZ Xtreme is 50kmpl on city roads and 61kmpl on highway.
Technical Specifications
How to Cite