Given here is the auto review of Maruti Suzuki SX4 car.

The “Man” among all cars is here. The Maruti Suzuki SX4 is a premium segment sedan that has a delightful amalgamation of comfort, performance, safety and immense style. The launch of SX4 consolidates India’s worth as one of the hottest car makers in the global automobile market. After Swift, the SX4 is the second international offering from Maruti. Touted as the tallest, widest and broadest sedan in its class, the SX4 is already giving tough competition to luxury cars as it has the features that these cars boast of. Priced at around Rs. 7 lakhs in Delhi, it gives you the ride that will get in luxury cars worth more than Rs. 10 lakhs. 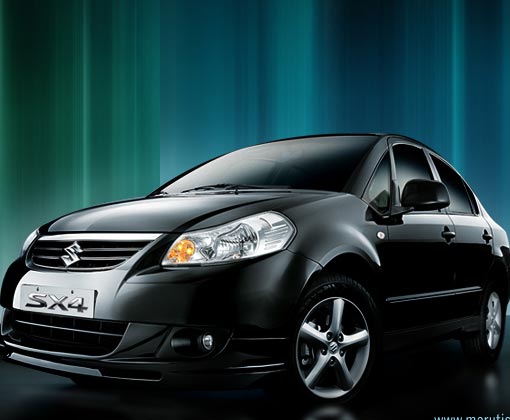 Colors and Dimensions
The Maruti Suzuki SX4 is available in two variants the Vxi and the Zxi. Both variants have minor differences but more or less are the same. Both the variants are available in metallic colors like Silky Silver, Clear Beige, Midnight Black, Sunlight Copper, Pearl Arctic White, Supreme Red, and Azure Grey. The design and styling of the SX4 is inspired by the latest European design trends with the trapezium shape, wide treads and large wheels. The sedan measures 4490mm in length and 1735 mm in breadth which makes its structure very imposing.
Impressive Features
The SX4 has an eye catching rear with a large tail gate and rear bumper, which perks up its feasibility. The front has a sporty boat-shaped grille and a headlamp cluster touching the bonnet. The car has features like body-colored bumpers, rear fog lamps, electrically adjustable outside mirrors, and a glass antenna in both variants. The wheelbase measures 2500 mm and the interiors are quite roomy and comfortable. Five people can sit comfortably in the car and there are power windows in both rear and front.
Other common features include a heater, centre room lamp, twin map lights, remote operated fuel-tank lid, remote-operated trunk lid, rear seat center armrest, adjustable head rests in front and rear and a defogger at the back. One special feature that deserves a mention in the Zxi is the driver’s seat height adjuster, which is not present in Vxi. The safety features of both the variants include seat-belts, child-lock rear doors, side impact protection beams, an intelligent Computerized Anti-Theft System (iCATS), and front door-lock canceller.
The powerful sedan is equipped with a 1.6-litre M-Series petrol engine that delivers a power of 102 bhp at 5500 rpm and torque of 145 Nm at 4200 rpm. The fuel tank of both variants can hold around 50 liters of petrol. The power steering and 5-speed manual transmission make driving a pleasure. The car has front strut suspension with anti-roll bar and rear semi-independent torsion beam suspension with gas-filled shock absorbers, which make bumpy roads, silky smooth. A turning radius of 5.3 meters makes turning in traffic and sudden swerving a child’s play. The SX4 is everything that you wanted in a powerful sedan and with a reasonable price tag, there is no reason why you should think twice before buying this car.
Technical Specifications 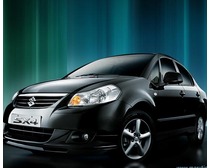 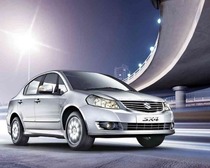