Arvind Swamy is known for his excellent acting skills. With this biography, explore the childhood, profile & filmography of this talented actor. 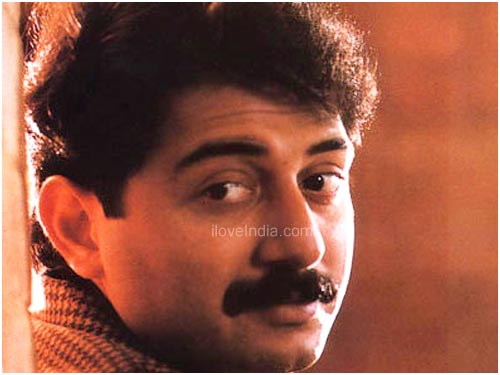 Career: Actor
Nationality: Indian
You do not need to do 100 movies in your career to prove your talent as an actor - even a few performances, if impressive, can keep you in the minds of your audience, forever. This statement truly describes the very talented and versatile South Indian actor - Arvind Swamy. He is an actor who believes in quality rather than quantity. Though he has not appeared in a horde of movies, most of the ones he has acted in have emerged as blockbuster hits. Arvind is appreciated and acclaimed by the public as well as film critics. Apart from his filmi connection, this ace actor is also engaged in a number of other business sectors.
Childhood & Education
A Cancerian by birth, Arvind celebrates his birthday on the last day of June. He graduated in commerce stream, from the Loyola College of Chennai. Thereafter, Arvind went on to do his MBA from Wake Forest University in North Carolina, USA. However, his mother’s ill-health forced him to come back to India, shortly after he had gone. A hardworking student, Arvind always considered acting as a hobby, not a career option. This, combined with his penchant for quality performances, justifies his appearance in only 15 movies, in a career spanning almost two decades.
Acting Career
Mani Ratnam's ‘Thalapathi’ served as Arvind's stepping stone into the world of cinema. Though he was not the lead actor in the movie, it certainly provided him with a decent beginning. Mani Ratnam's ‘Roja’, was the first film in which he played the role of the protagonist. The movie hit jackpot and was a major hit throughout the country. Arvind’s striking performance in the movie proved his talent and artistic skills as an actor. While ‘Roja’ shot him to fame instantly, ‘Bombay’ and ‘Sapnay’ were the movies that established him as an ace actor.
Acting had never been the mainstream career option for Arvind Swamy and he has always been very choosy about his roles. Though he has done very few number of films, when compared to other South Indian actors, almost all of them were the biggest hits of their time and were acknowledged by both, the mass and film critics.  He has acted in Tamil, Telugu, Malayalam and Hindi films. Amongst the most notable hits of Arvind Swamy, one can include 'Roja', 'Bombay', 'Minsaara Kanavu', 'Indira' and 'Devaraagam'.
Other Career Interests
Arvind Swamy was the chairman and managing director of ProLease India and InterPro India until 2005. It was in the same year that he started his own company ‘Talent Maximus’. He presides over as the Chairman and MD of ‘Talent Maximus’, which is basically concerned with Payroll Processing and Employee administration. His company is believed to be one of the fastest-growing service providers within its domain.
Personal Life
When Arvind was enjoying success in his professional life, his personal life was in turmoil. He lost both his parents in the year 1993. Arvind Swamy married Gayathri in 1994. But the marriage did not click and the couple is currently engaged in a courtroom battle over the custody of their two children. Presently, Arvind Swamy is living with his two children - Adhira (daughter) and Rudra (son), in Chennai.
Awards
Two of Arvind's blockbuster hits - 'Roja' and 'Bombay', based on National Integration, have won many awards at the state and National levels. The actor, himself, has been honored with many popular as well as critics' awards, for his films. 'Rajiv Gandhi Award for National Integration' is the biggest honor bestowed upon Arvind Swamy till date.
Filmography
1991: Thalapathi
1992: Roja
1993: Daddy, Marupadiyum
1995: Bombay, Maunam
1996: Indira, Devaraagam
1997: Sapnay, Minsaara Kanavu, Pudhayal
1998: Saat Rang Ke Sapne
1999: En Swasa Katre
2000: Raja Ko Rani Se Pyar Ho Gaya, Alaipayuthey
2006: Sasanam
How to Cite