Read about the striking Yamaha Gladiator Type JA bike, the newest offering from the Yamaha Company in India.

Through the state-of-the-art technological facelift of the old Gladiator, the Yamaha Company has etched out a niche, by introducing the new Yamaha Gladiator Type JA. The company has once again reinforced its grip over the Indian motorbike segment with its newest offering. After turning out to be a popular model in the global motorcycle sector, the Type JA is believed to give the new Gladiator variant a strong, craggy, yet sophisticated and plush feeling. It has been developed and designed on the next generation Fun bike concept. With a neat look, along with a great rev-up and acceleration, the bike is sure to appeal the youngsters as a personal choice and as an ideal city commute. 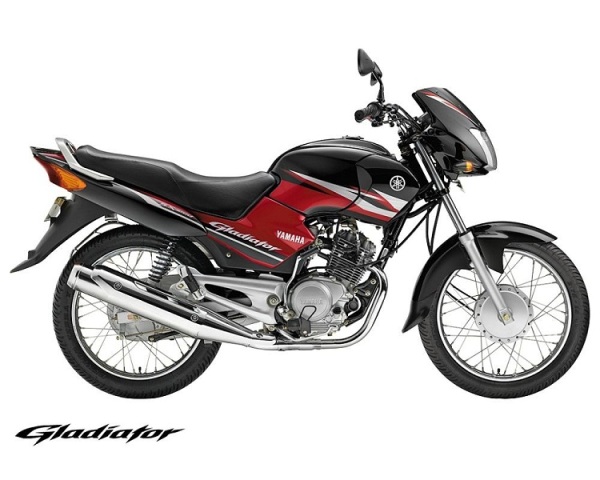 Design
With immaculately-build body, Yamaha GladiatorJA augments the overall appearance of the latest model from the Yamaha camp. With the new variant, the company has attempted imbibing certain features that are normally seen in some of its globally popular big bikes. The streamlined eye catching body of the bike sports modern looks. Over the Yamaha’s new bike’s fuel tank, you will see the signature of its brand ambassador John Abraham. The scoops on the fuel tank surface on either side sport Yamaha's famed three-tuning-forks logo in gold. The Type JA's seat too have been provided new style material as cover, which the Yamaha Company describes as ‘G16 Poly Nova make’ pattern. For the very first time, Yamaha camp has provided its bike with a fully-black finish, barring its silver-hued alloy wheels.
Performance
Gladiator Type JA sports an incredible 123.7cc four-stroke engine and can generate an optimal power of 10.72bhp at 7,500 rpm, in tow with torque of 10.4Nm that sets in at 6,500 rpm. The bike exhibits the capability of accelerating up to a speed of 60 kmph in just 6.5 seconds, with its maximum speed even crossing the 100 kmph mark. Other noticeable attributes of this baby include YTPS (Yamaha Throttle Positioning Sensor) BS carburetor, better mileage, five-speed gearbox (one-down, four-up shift-pattern) and high powered engine. The smoother engine makes the ride noiseless, thus making your journey all the more enjoyable.
Ride & Handling
Yamaha Gladiator Type JA is capable of handling a 90 degree turn at 50-60 kmph easily. It has been introduced with a self/ electric start and disc brakes as a standard fitment. The machine has separate speedo and fuel-gauge clocks to enable the rider have a check on the speed and amount of fuel. The disc brakes allow the rider to stop the bike on an immediate notice. The bike has been introduced with a counter balancer as well, which allows the bike to run at a greater speed, without major vibrations.
Colors & Price
Yamaha Gladiator JA is available in a fine blend of three vibrant colors: black, silver and purple. The bike has been priced at Rs. 47,350 in the market.
Technical Specifications
How to Cite