Aviator is a brand new scooter that has been launched by Honda and was displayed at the Auto Expo 2008 in Delhi.

The latest gearless scooter by Honda was displayed at the Auto Expo2008. Aviator, as it is known, is coupled with sleek design and high performance. It will be officially launched after two months, somewhere around the first week of March. This scooter is priced approximately at Rs. 40,000 and is targeted at the urban youth of India. This scooter will provide a pleasurable driving experience in the city traffic and the decent pricing and chic styling will definitely make people want to buy this scooter as soon as possible. 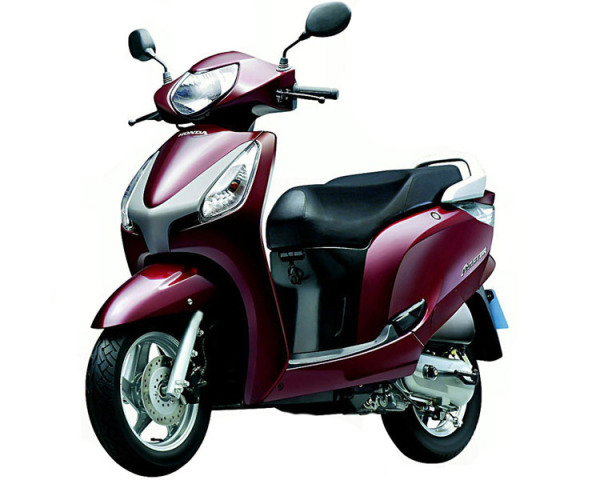 Image: [email protected]
With the Aviator, Honda has launched the fourth scooter after Eterno, Dio and the commercially successful Activa. The Aviator is equipped with 102cc engine, the same one that is used in Activa. The Aviator scores in looks and styling, which is definitely superior to other Honda Scooters. The plastic that is used is of high-quality and the metal panels are used in a better way. The Aviator will produce a maximum power of 7bhp at 7000rpm and a maximum torque of 8Nm at 5500 rpm. There has been no compromise on looks, styling and performance.
The Aviator is planning to have upper variants as well. These variants will be equipped with special disc brakes and alloy wheels, along with other features. The scooter will be available in five colors - Black, Red, Gray, Purple and Silver. Another special feature is that this scooter will have more storage space under the seat than the previous scooters. The Aviator has rather large wheels, as compared to other scooters. With the launch of this scooter, Honda plans to launch another winner on the Indian roads, after Activa.
How to Cite