Vidya Balan is a popular Indian film actress, who debuted with critically acclaimed movie ‘Parineeta’. This biography will provide you details about the childhood and profile of Parineeta. 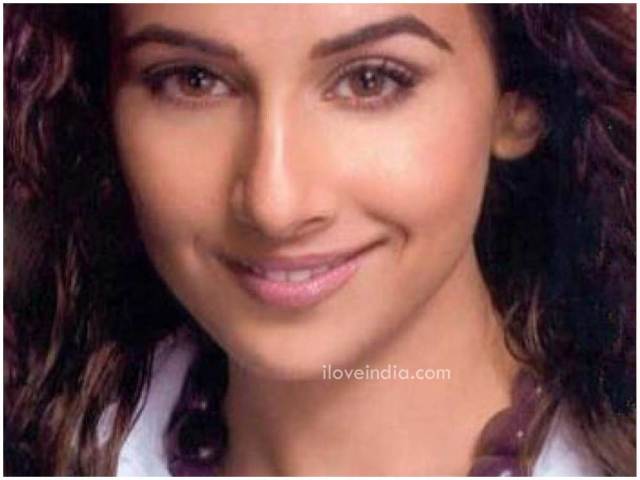 Born in: Ottapalam, Kerala, India
Nationality: Indian
Career: Actress
Talk about Vidya Balan and the first thought that comes into mind is that of Lolita, the character she played in her debut movie ‘Parineeta’. An award-winning Indian film actress, Balan entered the world of glamour through TV commercials, which were followed by music videos and soap operas. However, the medium could not engage her for long and soon, she gained her true place - in the world of Bollywood! One of the most promising actresses of today, Balan has gained a foothold within a few years of entering the industry.
Childhood and Early Life
Vidya Balan was born on 1st January 1980, in Ottapalam, town in Palakkad district of Kerala. She was born into an Iyer family and grew up in the ‘City of Dreams’ - Mumbai. She did her schooling from St. Anthony's Girls High School in Chembur and followed it with graduation from St. Xavier's College, University of Mumbai, in sociology. Thereafter, she enrolled in University of Mumbai, for pursuing her MA. It was during her post-graduation years that Balan was offered her first role, in the Malayalam film ‘Chakram’.
Bad Luck
In ‘Chakram’, Balan was to star opposite superstar Mohanlal, however for some reasons, the project was shelved. Thereafter, she was signed for a Tamil film - ‘Run’. Due to undisclosed reasons, she was dropped after a first schedule and actress Meera Jasmine was hired in her place. Hope again dawned on her, when she was asked to play the lead in Tamil movie ‘Manasellam’, opposite Srikanth. However, the lady luck was not yet in her favor and she was again dropped, this time for 'non-performance', and was replaced by Trisha Krishnan.
Entry into the Glamour World
It was television advertising that served as the launch pad for Vidya Balan’s entry into the glamour world. In 1998, she did her first ad shoot, for ‘Surf Excel’. Following this, she was seen in a number of TV ads, many of which were directed by Pradeep Sarkar. Balan was, thereafter, seen in numerous music videos, with singers like Shubha Mudgal and Pankaj Udhas and bands like Euphoria. Next, she did Ashok Pandit’s serial ‘Haste Khelte’, followed by Ekta Kapoor’s ‘Hum Paanch’.
Film Career
Vidya Balan made her debut in the film industry with Bengali film ‘Bhalo Theko’, which was released in 2003. The film was a major success and also won her Anandalok Puraskar Best Actress Award. Even her Bollywood debut was not far behind and Balan was soon seen in ‘Parineeta’ (2005). Though the film was not a major success, it did receive critical acclaim and even her performance was applauded. The film also won her Filmfare Best Female Debut Award and Filmfare Face of the Year Award, apart for the nomination for Best Actress.
Balan soon received an offer from the producer of ‘Manasellam’, from which she was dropped, to work opposite Kamal Hassan, in ‘Dasavathaaram’. However, she rejected the offer and the role went to Asin Thottumkal. In 2006, Balan was seen in ‘Lage Raho Munna Bhai’, opposite Sanjay Dutt. This film also turned out to be huge box office success, becoming one of the highest grossing films of that year. At the same time, her performance was also applauded. The year 2007 started with Balan being seen in ‘Guru’, in a supporting role.
‘Guru’ saw her playing the sensitive role of a woman with a physical disability, which was greatly applauded by the critics as well as the audience. Thereafter, she was seen in ‘Salaam-e-Ishq: A Tribute To Love’ and ‘Eklavya: The Royal Guard (2007)’, none of which garnered much success. However, the same year, she also did ‘Heyy Babyy’ and ‘Bhool Bhulaiyaa’. The films were well received by the audience and had the cash registers ringing. Balan was last seen in ‘Kismat Konnection’, opposite Shahid Kapur, a moderate success.
Awards
2003 - Anandalok Puraskar Awards, Best Actress, Bhalo Theko
2006 - Filmfare Best Female Debut Award, Parineeta
2006 - Filmfare Face of the Year, Parineeta
2006 - Star Screen Award for Most Promising Newcomer - Female, Parineeta
2006 - Zee Cine Award for Best Female Debut, Parineeta
2006 - IIFA Best Female Debut, Parineeta
2006 - Stardust Superstar of Tomorrow - Female, Parineeta
2006 - Star's Sabsey Favourite Nayi Heroine, Parineeta
2007 - Anandalok Puraskar Best Actress Awards, Bhool Bhulaiyaa
Filmography
2003 - Bhalo Theko (Bengali film)
2005 - Parineeta
2006 - Lage Raho Munna Bhai
2007 - Guru, Salaam-e-Ishq: A Tribute To Love, Eklavya: The Royal Guard, Heyy Babyy, Bhool Bhulaiyaa, Om Shanti Om (Special appearance)