Pearl is a round object made of calcium carbonate, produced within a soft tissue of a living shelled mollusk. With this article, you will get to know about the different types of pearls.

Pearl is a round object made of calcium carbonate, which is mainly used for the purpose of making jewelry. Produced within a soft tissue of a living shelled mollusk, it is usually characterized with a round shape, though irregular shapes are not uncommon (especially in naturally occurring pearls). In the present times, the finest quality of natural pearls is considered to be one of the nine gemstones. Are you aware that there are different types of pearls available in the world, both natural as well as cultured? Want to know more about them? If the answer is yes, read on. 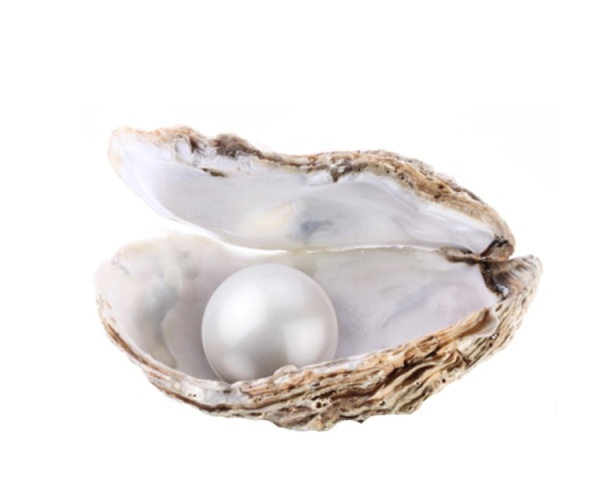 Different Types Of Pearls
On The Basis Of Creation
Natural Pearls
Natural pearls, as their very name suggests, are completely the work of Mother Nature. They are almost 100% calcium carbonate and conchiolin. They are believed to form when a microscopic intruder or parasite enters a bivalve mollusk, and settles inside the shell. The mollusk, on being irritated by the trespasser, starts producing calcium carbonate and conchiolin, to cover it. With time, the repeated secretions result in the formation of a pearl. A natural pearl can take any shape, round being the rarest, and has a series of concentric growth rings in the center.
Cultured Pearls
Cultured pearls are also known as nucleated and non-nucleated or tissue nucleated cultured pearls. In this particular case, pre-formed beads are placed inside the oyster, which in turn starts secreting nacre to cover it. The nacre forms layers around the outside surface of the implanted beads. After six months, as the pearl is formed, it is removed from the oyster. A cultured pearl gets the shape of the pre-formed bead and can be distinguished from a natural one through X-ray. The X-ray will reveal a solid center of a cultured pearl, without any trace of concentric growth rings.
On The Basis Of Water
Freshwater Pearls
Freshwater pearls can be described as pearls that are found or cultured from freshwater mussels that live in ponds, lakes and rivers. Available in variety of shapes and natural colors, these pearls are solid nacre. They are also much more durable than the saltwater pearls and boast of a high resistance to wear and tear. More often than nor, they are irregular in shape. Though round freshwater pearls can be found, the chances of this are quite rare. China has been harvesting freshwater pearls since 13th century
Saltwater Pearls
Saltwater pearls, as opposed to freshwater pearls, are found or cultured from the oysters that live in bay, ocean, gulf or sea. One of the main properties of these pearls is their perfect round shape, though one can find irregular saltwater pearls as well (in some cases only). Saltwater pearls are much more expensive, as compared to freshwater pearls, but are not as much durable. They are available in white, cream, yellow, gold, silver, rose and black colors and produced in a number of countries around the world.
Other Types Of Pearls
How to Cite

How To Buy Pearls

How to Clean Pearls

How To Wear Long Pearls