If you had thought a hat to be a mere protection from the scorching heat outdoors, think again? Explore the different types of hats here.

With fashion trends changing every single moment, hats too are gaining popularity, not just as protective gears for heads, but as an added touch to complement your attire or personality. Today, hats are essentially worn for fashion, warmth, beauty, shade, or even to cover baldness or undo style hair. Available in various styles and designs, hats are, undoubtedly, one of the most versatile accessories in today’s fashion world. Made from assorted materials, hats are available for adults as well as children. While men’s hats exude style and persona, women’s hats, on the other hand, reflect elegance and sophistication. Check out the different kinds of hats that the market offers for both men and women in the following lines. 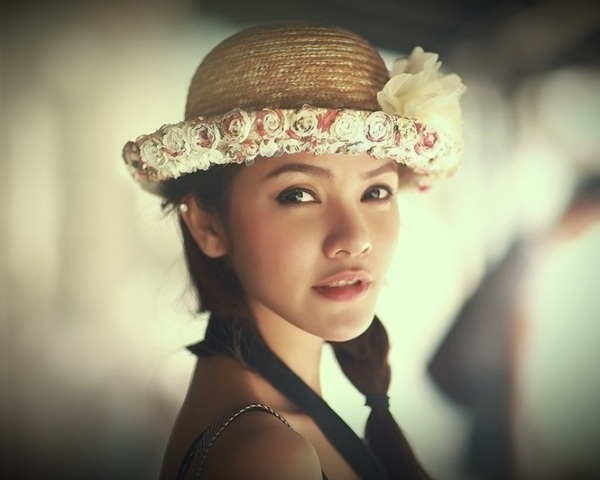 Image: [email protected]
Different Kinds Of Hats
Hats for Men
Gangster Fedora
True to their name, fedora hats are flexible and add persona and a manly appearance to their wearer. Worn by all age groups, fedora hats complement both business and casual attire perfectly. You can choose from an array of colors, such as petrol blue, almond green, lilac, dove, dark brown, and gray.
Boaters
Boaters are made from stiff straw with a deep flat topped crown and a narrow brim. Hence, they are also known as straw hats. They are most popular in summers, while playing outdoor games or picnicking, and carried off well by both middle class and working class.
Newsboy
A newsboy hat can be characterized by a distinctive sporty look with a brim and crown. It has a button positioned right in the center of the top portion. Also known as Fausto caps, these hats are best compared to those worn by the newspaper delivery boys, hence the name newsboy hats. They are best sported with casual apparels.
Trilby
Similar to fedoras, trilby hats have a shorter brim and are more suited for casual wear. They are considered to be the best and most sporty cool hats. This is evident from the fact that Hollywood actors like Hugh Jackman, Orlando Bloom, Johnny Depp, and Brad Pitt don these hats more often.
Dobbs Hats
Dobbs hats are the most fashionable and superior line of hats. Quite similar to fedoras, Dobbs hats have a stiff or firm fitting. They can be worn on either business attire or casual outfits.
Hats for Women
Beret Hat
A popular style in Europe, beret hats are now gaining rapid fame all over the world. These round hats are made from soft fabrics, such as wool, felt or other fabric. The round crown is pushed to one side to depict a sporty and jaunty appearance. Berets can be worn in summers, winters or even parties and clubs.
Sun Hat
A large bonnet-style hat, sun hats have large stiff brims and a flap at the back to provide protection against the sun. They are mostly used during daylight hours but these days, one can find the floppy versions made especially for the cold winter weather. Sun hats are best worn at the beach, pool, garden and sporting events.
Cocktail Hat
The small size and brimless appearance of cocktail hats distinguishes them from the rest. They are worn forward on the head to describe elegance, style and grace. Cocktail hats are best worn for evening parties and formal functions.
Cloche Hat
The word ‘cloche’ literally means ‘bell’ in French. This defines this bell-shaped hat which features a narrow brim, a rounded crown made from a soft material. Popular in the 1900s, these hats have been updated by today’s designers to give them a chic and modish look. They cover the entire head hovering till the neck at the back and eyebrows in front.
Flat Hat
These are knitted hats that have a flat and smooth plane top and a surface similar to the beret hat. Flat hats are the most picked or selected headgear when it comes to donning a formal look.
Other Common & Famous Hats Types:
How to Cite