Tokyo, the capital of Japan, offers lot in terms of tourist attractions. Explore the places to see and things to do in Tokyo. 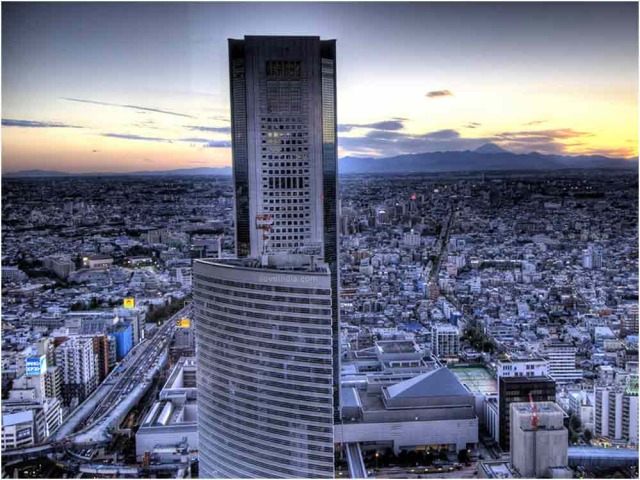 Language: Japanese
Best Time to Visit: March to May and September to November
Time Zone: UTC+9
Driving Side: Left Side
Main Attractions: Gokuku-ji Temple, Sensoji Temple, Rainbow Bridge, Tokyo Tower
Tokyo is the capital of Japan, located on the eastern side of the mainland Honshu. The name Tokyo literally means eastern capital, referring to its location in the country. The city, one of the 47 prefectures of Japan, was formally known as Tokyo Metropolis. Tokyo has taken a prominent place in the world map and become a global city as well as a mega city. There are lots of places in the city, where you can explore its rich culture and heritage. While the architecture gives us a brief into realms of the history of the place, the crispness of modernity is purely reflected with some of the wondrous man made tourist attractions. Explore more on the things to do and places to see in Tokyo.
Religiously Inclined
Tokyo has a lot to offer to a tourist, in terms of religious endowment. Tokyo is filled with temples and shrines that flaunt great architectural beauty. They are peaceful places, which provide a calm and serene atmosphere to the visitors.  Gokuku-ji Temple and the Sensoji Temple are two of the most famous temples of the city. Asakusa Shrine, the Meiji Jingu Shrine and the Yasukuni Shrine are amongst the places where you can have a distinct experience of the religious heritage of Tokyo and have some moments of peace and harmony.
Past Comes Alive!!
Tokyo offers a lot in context of arts and artifacts. The city has numerous museums and galleries for the tourists, to have an experience of its past. Tokyo National Museum is the largest and the oldest museum in Japan and has preserved some of the magnificent art works related to the country. The other museums which can be counted amongst the must-visit ones are Mori Art Museum, Asakura Choso Museum, Bridgestone Museum of Art and Fukagawa Edo Period Museum. Besides these, tourists can pay a visit to the historic sites like the Aoyama Cemetery, Hayashi Memorial Hall, Edo Castle, Hachiko and Statue of Liberty, amongst others.
Entertainment and Amusement Parks!!
Ueno Park is Tokyo’s first public park, which was built in the year 1873. The park is home to a large number of temples, shrines, Boat Lake, historical monuments, cherry blossom trees, and the like. A single day is not sufficient to savor the beauty the place has to offer. Apart from this, one can even spend leisurely time at the amusement parks of the city, especially, Sanrio Puroland Theme Park and Hanayashiki Amusement Park. These are places where the whole family can enjoy a vacation completely.
Man Made wonders!!
If you are keen to know the modernity of Tokyo, Rainbow Bridge is just the place for you. This manmade suspension bridge, constructed in 1993, is 918 meters long and has a distance of 570 meters between the two towers. The bridge comprises of eight traffic lanes and two railway lines. It also has a pedestrian walkway and observation towers. Tokyo Tower is yet another enigmatic manmade creation which would hold back your breath. A little higher than the Eiffel Tower, the tower is definitely a sight to behold. 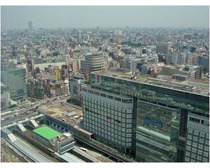 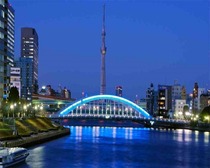