Scorpio Automatic, the new car model from Mahindra, has already created a rage with its launch in Pune and Bangalore. Go through this review and explore the features of Scorpio Automatic.

Mahindra & Mahindra is all set make another addition to its product range, this time with the all new 'Scorpio Automatic'. The first automatic SUV by the Mahindra group, featuring a six speed gear box and powerful 2.2 litre mHawk engine, is sure to get some eyes rolling. With the roads getting overcrowded and much more congested than before, automatics surely make an ideal choice, because of the ease they provide. The SUV would be first sold in the domestic market and later, exported to the foreign market, depending on the demand. To know more about the designs, engine, safety features and variants of Scorpio Automatic, browse through the following lines. 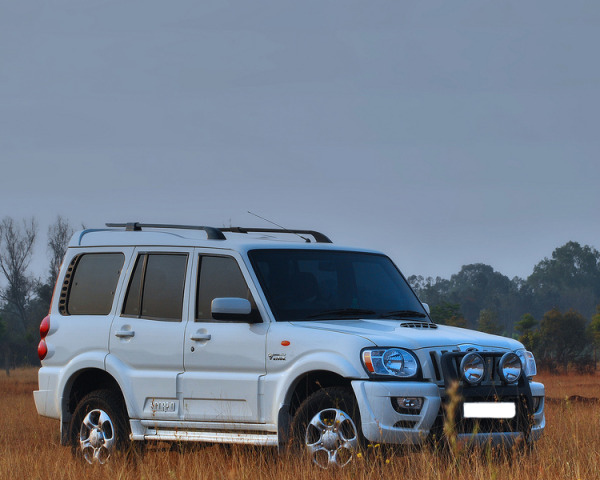 Design and Interior
The design of the 'all new' Scorpio Automatic is same as that of the first Scorpio, designed way back in 2002. It has a truck-type, four-door SUV wagon, with a separate frame and three-row seating, which can extend up to seven people. Scorpio Automatic promises a fully electronically controlled gearbox that would enable greater maneuvering. The new model claims to be designed specially in a way that would suit the city driving conditions.
Engine
Scorpio Automatic encompasses an intelligent driving mode which makes driving a pleasurable experience, even in unpleasant situations such as stop-and-go traffic, slippery roads and steep inclines. The mHawk engine of the car ensures a smoother drive with better fuel efficiency. Other features include antilock brakes, rear-obstacle detection, auto-on headlamps and even rain-sensing wipers. The mHawk Scorpio automatic has the ability to cover 60 kmph in 6 seconds and touch 100 kmph in just 15 seconds.
The most impressive feature of the SUV is that its transmission is fully sealed and will not require an oil change throughout its life. It also flaunts a fully electronically controlled automatic gear box, thereby increasing the ease of driving. The SUV would be redefined before being sent to America. Some of the changes that would be made in the American version will be extra dashboard, side airbags, revised upholstery, sound-deadening and assembly quality.
Safety
The all new Scorpio Automatic is well equipped with overheat protection, reverse lockout, BTSI (brake transmission shift interlock) and anti roll-back in ‘Drive’ mode. The latter feature enables the SUV not to roll back on inclines, unlike most of the other automatic vehicles.
Variants and Price
The new car model is available in two variants - VLS and VLX, both priced a little over 10.50 lakhs. Both the models were simultaneously launched in two Indian cities - Pune and Bangalore.
How to Cite