Russell Crowe is a New Zealand-Australian actor, best known for his role in 'Gladiator'. With this brief biography, explore details about his childhood and profile. 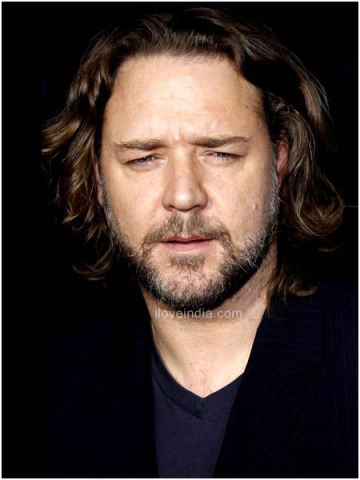 Born in: Wellington, New Zealand
Nationality: New Zealand-Australian
Career: Actor
Russell Crowe is a New Zealand-Australian actor who has made a mark in Hollywood as well. He began his acting career with a role in Daniel Abineri’s ‘The Rocky Horror Show’. The film debut came in 1990, when he was cast for a role in ‘The Crossing’. It was in the late 1990s that he was seen entering the realm of Hollywood, with movies like ‘Virtuosity’ and ‘L.A. Confidential’. Till date, Crowe has won an Academy Award, BAFTA Award, Golden Globe Award as well as Screen Actors Guild Award. He is also co-owner of National Rugby League team ‘South Sydney Rabbitohs’.
Childhood
Russell Crowe was born as ‘Russell Ira Crowe’ on 7th April 1964, in Wellington, New Zealand. He is the son of John Alexander Crowe and Jocelyn Yvonne, both of whom were movie set caterers. His father also managed a hotel. His maternal grandfather, Stan Wemyss, was a cinematographer and named as an MBE for filming footage of World War II. Crowe’s maternal great-great grandmother was Mâori, the reason he is registered on the Mâori electoral roll in New Zealand. He also has Welsh, Scottish, Norwegian and Irish ancestry.
Crowe’s family moved to Australia when he was only four years old. His parents shifted to pursue a career in film set catering. When he was hardly 5-6 years old, he was hired for one scene in an episode of Australian TV series Spyforce, which was being producer by his mother's godfather. He moved back to New Zealand, with his family, at the age of 14 and attended Auckland Grammar School. However, he dropped out of secondary school, to help his family financially. In the mid-1980s, he performed as a rock 'n' roll revivalist and also had a New Zealand single.
Start of Acting Career
The acting career of Russell Crowe began in 1986, when he bagged his first professional role in Daniel Abineri’s ‘The Rocky Horror Show’. He performed the same role, again, in a further Australian production of the show. In 1989, he was seen in the stage musical of ‘Bad Boy Johnny and the Prophets of Doom’. Soon after, he moved back to Australia, with the aim of applying to the National Institute of Dramatic Art. However, a chat with the then head of technical support at NIDA made him drop the idea.
Crowe was seen in the series ‘Neighbors and Living with the Law’, following which he was cast in his first film, The Crossing (1990). Just before the production of the movie started, he was hired by Steve Wallace for the film Blood Oath (1990), released a month before the former. He starred in the first episode of the second series of ‘Police Rescue’, in the year 1992. The same year, he was also seen in ‘Romper Stomper’, an Australian film which was directed by Geoffrey Wright.
Hollywood Career
After establishing himself as an actor in Australia, Crowe started looking towards Hollywood. He made his debut in American films in 1996, with ‘Virtuosity’, in which he co-starred with Denzel Washington. The next year he starred in ‘L.A. Confidential’, which also won the best film nomination. His next major film came in 1999, ‘The Insider’, for which Crowe won an Oscar nomination for best actor. This was followed by Gladiator (2000) and A Beautiful Mind (2001), both of which again got him Oscar nomination.
The former also won him the Academy Award for Best Actor, while for the latter, he received BAFTA award for Best Actor. In 2003, he was seen in ‘Master and Commander: The Far Side of the World’. The year 2005 saw him re-teaming with Ron Howard, the director of ‘A Beautiful Mind’, for the movie ‘Cinderella Man’. The following year, he starred in Ridley Scott’s ‘A Good Year’. Crow worked with Scott for the third time, when he starred in the movie ‘American Gangster’ (2007), co-starring Denzel Washington.
Musical Activities
In the 1980s, Crowe recorded a titled ‘I Want To Be Like Marlon Brando’, under the name of "Rus le Roq". In 1992, he formed a band, ‘Roman Antix’, along with his friend and performed lead vocals and guitar for it. The band evolved into the Australian pub rock band ‘30 Odd Foot Of Grunts’ (TOFOG). Though it was not much successful, the band had several releases. In early 2005, Crowe entered into collaboration with Alan Doyle of the Canadian band ‘Great Big Sea’. From 1986 to 1988, he also headlined in the touring production of ‘The Rocky Horror Picture Show’.
Personal Life
Crowe met Meg Ryan during the shooting of Proof of Life (2000) and had a relationship with her. However, the association didn’t last too long and the couple split up sometime later. In April 2003, he married Danielle Spencer, an Australian singer and actress whom he first met while filming ‘The Crossing’. The couple has two sons - Charles "Charlie" Spencer (born 21 December 2003) and Tennyson Spencer (born 7 July 2006). Crowe spends most of his time in his home in Sydney.
He owns a 320-hectare rural property in Nana Glen, near Coffs Harbour, New South Wales. Apart from that, he also has a house in the North Queensland city of Townsville. However, it is believed that he purchased it for his niece, who is studying at James Cook University. In 2005, he revealed that FBI agents approached him in March 2001, with the information that Al-Qaeda wanted to kidnap him. Following this, he was guarded by Secret Service agents for the next few months, while shooting films as well as at award ceremonies
Filmography
1990 - Blood Oath, The Crossing
1991 - Proof
1992 - Spotswood, Romper Stomper
1993 - Hammers Over the Anvil, The Silver Brumby, For The Moment
1994 - The Sum of Us
1995 - The Quick and the Dead, No Way Back, Virtuosity, Rough Magic
1997 - L.A. Confidential, Heaven's Burning, Breaking Up
1999 - Mystery Alaska, The Insider
2000 - Gladiator, Proof of Life
2001 - A Beautiful Mind
2003 - Master and Commander: The Far Side of the World
2005 - Cinderella Man
2006 - A Good Year
2007 - 3:10 to Yuma, American Gangster
How to Cite