A model turned actress, Neha Dhupia is one of the upcoming stars of Bollywood. Read this biography and know more about the childhood and profile of the actress. 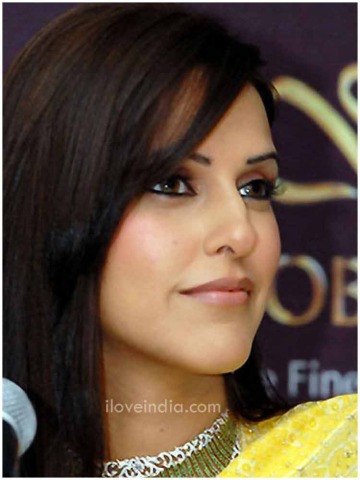 Born In: Cochin
Nationality: Indian
Education: Graduate (History Hons)
Career: Actress
The bold and the beautiful lady of Bollywood, Neha Dhupia is a model turned actress who has created an image of being a 'sex symbol' in Bollywood. She has to her credit Miss India-Universe title of 2002 and loads of movies, in which she has done a variety of roles and proved her skills. A former Miss India, Neha Dhupia does not shy out from taking on Bollywood projects which are considered loud and outlandish. From being a girl next door to a sex bomb and now switching again to a nice girl image, Neha Dhupia has had it all in her short span of Bollywood career.
Childhood and Early Life
Neha Dhupia was born on August 27, 1980 in Cochin. Born in a family with a defense background, Neha went to Naval Public School in Cochin. After some time, her father was transferred to Delhi. She came to the city with her family and completed her schooling from Army Public School, Dhaula Kuan. Thereafter, she went on to do her graduation, in History (Hons), from Jesus and Mary College, New Delhi.
Career
Neha started her career with a TV serial Rajdhani, at the age of 19. It was during this time that she applied for the Miss India contest. Her elegance and aptitude won her the Miss India crown in 2002. She went ahead to the Miss Universe Competition and finished ninth. After making a mark in the modeling arena, she went a step ahead in the world of glitz and glamour and entered the elusive world of cinema. She did a couple of Telegu movies, before entering the world of Bollywood.
Neha's debut, as a main lead, in Bollywood came with Harry Baweja's 'Qayamat' (2003), in which she was paired with Ajay Devgan. She gained popularity after her bold role in the movie 'Julie', which also earned her the status of a 'sex symbol'.  While the publicity which she received was negative in nature, Neha is trying hard to retrieve the nice girl image. She is now opting for movies which will help her shed the image of being the 'bold' actress of Bollywood. Her last flick, in which she played a side role, was Singh is Kinng (2008)
Filmography
1997 - Pyaar Kiya To Darna Kya
2003 - Qayamat: City Under Threat
2003 - Miss India: The Mystery
2004 - Julie
2004 - Rakht: What If You Can See the Future
2005 - Siskiyaan
2005 - Sheesha
2005 - Kya Kool Hai Hum
2005 - Garam masala
2006 - Fight Club: Members Only
2006 - Teesri Aankh
2006 - Chup Chup Ke
2006 - Utthaan
2007 - Delhii Heights
2007 - Ek Chalis ki Last local
2007 - Shootout at Lokhandwala
2007 - Heyy Babyy
2007 - One Way Ticket London Train
2007 - Dus Kahaniyaan
2008 - Mithya
2008 - Rama Rama Kya Hai Dramaaa
2008 - Singh is Kinng 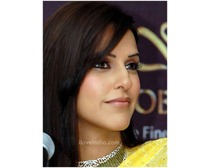 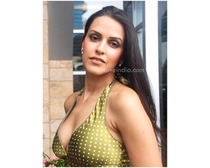