Nissan Motors have stirred quite a rage with their enviable line up of luxury cars. Read the article to know some interesting & amazing information on the origin & background of Nissan.

Beauty and brilliance, elegance and efficiency, luxury and power, all blended into one - that’s Nissan for you! Nissan cars have forever nurtured the vision of blending bold, innovative designs with advanced technology - a feature that speaks of Nissan’s commitment towards producing excellent vehicles. Nissan cars, with their classic chic design, tempered with Japanese culture have made Nissan consistent producers of luxury cars in the automobile world. Founded in 26 December, 1933 in Yokohoma City by three car enthusiasts, Kenjiro Den, Rokuro Aoyama and Meitaro Takeuchi, today Nissan Motor Company Ltd is led by Carlos Ghosn. Nissan has endorsed their commitment towards innovation since the company's founding in 1933, when their cars were marketed under the name of ‘Datsun’. The cars were an immediate success with their unique, automotive style that made a major impact in both Asian and American market. Today, Nissan Motors are best revered for their impressive lineup of family sedans, sporty coupe, SUVs and more. To know more about Nissan and its amazing evolution through history, read on. 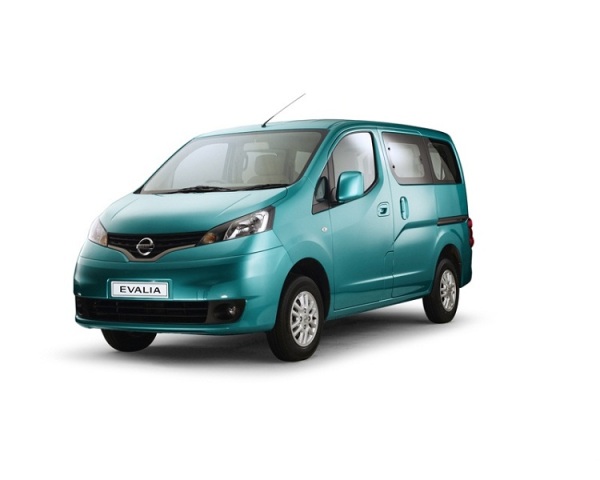 Interesting Information On Origin & Background Of Nissan
Nissan - a brand feted for its uber-chic style, grand performance and infinite line of luxury cars - was one of the pioneering Japanese automobile companies to emerge in the year 1933. The history of Nissan Motors stretches itself back to the two Japanese automobile companies - Kwaishinsha Co., an automobile factory initiated by Masujiro Hashimoto in Tokyo's Azabu-Hiroo district in 1911 and Jitsuyo Jidosha Co. Ltd. In the year 1914, Hashimoto, the founder of Kwaishinsha Co., came up with a small passenger car that was launched in the market the following year under the name of Dat Car - a name that owed its roots to the first letters of the family names of three of Hashimoto’s main support - Kenjiro Den, Rokuro Aoyama and Meitaro Takeuchi. The two companies coalesced to give birth to Nissan Motor Company Limited. The first small-size Datsun (a modified name for Dat Car)  passenger car rolled off the assembly line at the Yokohama Plant in April 1935.
In 1936, Nissan bought design plans and plant facilities from Graham-Paige Motors Corp. of the U.S. for the manufacture of passenger cars and trucks. However, due to war, their focus was soon shifted to the production of military cars, army planes and motor torpedo boats. The impact of the war was such that by the end of it the company was technologically famished. In an attempt to revive its lost power, Nissan Motors joined hands with a UK based automotive company called Austin Motor Co. in 1952 and steered its way to the US markets. The first Datsun to hit the American Shores was in the year 1958. The vehicles, thus manufactured, were primarily based on Austin models. Nissan came up with its classic cars like the 1959 Bluebird and the 1960 Cedric that left the Japanese car buyers thrilled and boosted its production in Japan.
Nissan was the first automaker in Japan to receive the annual Deming Prize for engineering excellence in 1960. Though the company was doing well and was successful, it reached its zenith only after the launch of ‘Sunny’, “my car” concept vehicle that won Nissan its way to the small-car market. In the sixties, Nissan merged with Prince Motor Company, a merger that led Nissan shift its focus to more luxury-oriented cars. The company created a rage in US market with its luxury sedan Datsun 510 and 240Z sports car and by the early seventies sales were at their peak. In 1971, the company came up with its first Experimental Safety Vehicle (ESV) that boasted of safety technologies to avert the problem of air pollution. Since then, Nissan has adopted a vast array of advanced technologies in its production of vehicles.
In the year 1981, Nissan dropped selling vehicles under the brand name of Datsun and launched its new set of cars under the name of Nissan Moniker. Nissan also launched its tuning division called Nismo at around the same time. The launch of more sassy, fun-to-drive cars like 300ZX, Maxima and Sentra saw Nissan’s stake expand in the US market. Classic offerings like Titan and Armada created a big rage in the auto industry. However, this trend took a dip after Nissan started producing anonymous vehicles. Its collaboration with Renault in the year 1999 helped it to gain a steady feet in the auto world. Today, Nissan cars are coveted for their understated elegance and superior drive force. Nissan has stamped a reputation for excellence, over the years. The company is also credited with introducing sophisticated engine management systems for controlling combustion and is also believed to be the predecessor in developing industrial robots and introducing CAD/CAM systems in cars.
How to Cite