Lip gloss has been used since ages for giving a shiny and luscious appearance to the lips, Explore interesting information on history, origin & background of lip gloss.

Lip gloss is a cosmetic product that is used avidly by women all across the world. It gives a glossy and shiny luster to lips and comes in liquid or semi-solid state. Lip glosses are available in variety of forms, which includes basic lip gloss, coloring lip gloss, glitter lip gloss and flavored lip gloss. Many lip glosses are water-resistant and last for a long period of time as well. The first commercially available lip gloss was launched in beauty stores in 1932 and called X-rated. It remained under production until 2003, when it was discontinued by Proctor and Gamble, which owned its production rights. The article deals with the history of lip gloss at length. 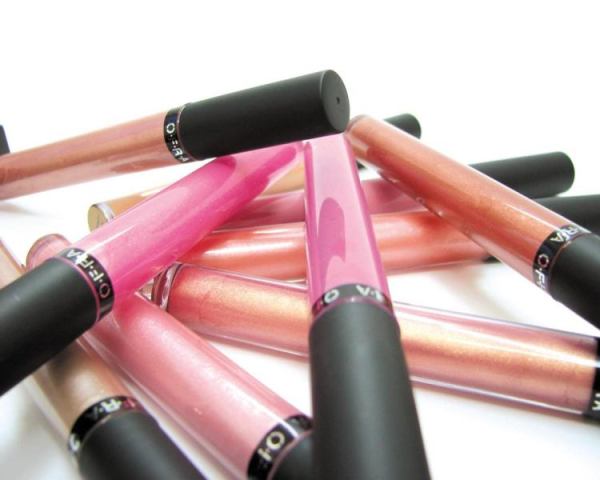 Interesting Information On Origin & Background Of Lip Gloss
Lip gloss was first invented in 1932 by Max Factor, who was a pioneer in the world of makeup. The other cosmetic products invented by him include lipstick and mascara wand. The reason behind the launch of lip gloss was exclusively cinematic. He doubled the 'oomph' quotient of actresses by making their lips shiny and glossy in the movies. Since an actor's appearance is one of the selling points for any movie, his innovation got him great applause (Factor's Lip gloss is a major cosmetic, enhancing the beauty of our screen goddesses even now).
In the early 20th century, the makeup artists had not really caught up with the changing trends in cinematic appearances, with the introduction of a bold and more colorful way of viewing films. They continued to use the same makeup products that they had been using to beautify actors in black and white movies. Factor's innovative makeup techniques were used in color motion pictures, which established him as the makeup wizard.
Factor's solidified status bargained easy acceptance for the use of lip gloss as well, when it invaded the beauty industry in a big way in the 1930s. Since then, lip gloss has been responsible for the polished and unspoiled look actors carry in the movies when coupled with other makeup products that lend a smooth-looking, porcelain skin to them. The lip product has been a rage ever since it first gave a shiny appearance to lips on camera.
Raging Popularity Of Lip Gloss
Already in craze, lip gloss continues to gain more popularity with the passing time. The legendary cosmetic is available in a number of flavors, such as berry peach, water melon, apple, strawberry, vanilla and many more. Lip smacker, a flavored variety of lip gloss, is highly preferred by young, school-going girls. Organic lip glosses are also available in the market today and are the first preference of those who are repelled by animal fat and harmful chemicals in beauty products.
Lip gloss is considered as a great alternative to traditional lipstick by many women. Owing to its popularity, the cosmetic has achieved the status of being the most commonly used makeup product by women. Those who dislike intense coloring of lips generally go with a basic lip gloss and the more pompous ones apply lip gloss over lipstick. In other words, though the usage of lip gloss varies as per the preferences of the users, its application is undertaken by majority of the women today.
How to Cite

How To Make Lip Gloss

How To Make Your Own Liquid Lip Gloss