Spring hare is a fast moving nocturnal rodent that resembles a kangaroo and even a rabbit. Read on to find more interesting facts and amazing information on the spring hare.

Spring hare is actually not a hare, rather an active member of the order Rodentia. Found only across the Southeastern Africa, it is a grazing rodent popular amongst the farmers for wrong reasons - spoiling their crops. Its long, powerful hind legs and short forelegs give it the power to jump at a distance of 30 feet. The hare has a rabbit-like head, big eyes and ears (upright and narrow,) along with a long, furry tail that is longer than its own body. It is mainly a nocturnal animal, but can stay awake in the daytime too. Springhare can be easily identified with its reddish brown to pale grey fur, with a black tip on the tail. Today, this cute animal is categorized under least concerned species. However, humans, snakes, jackals and weasels still remain its main predators. Read on to know more interesting facts and amazing information on spring hare. 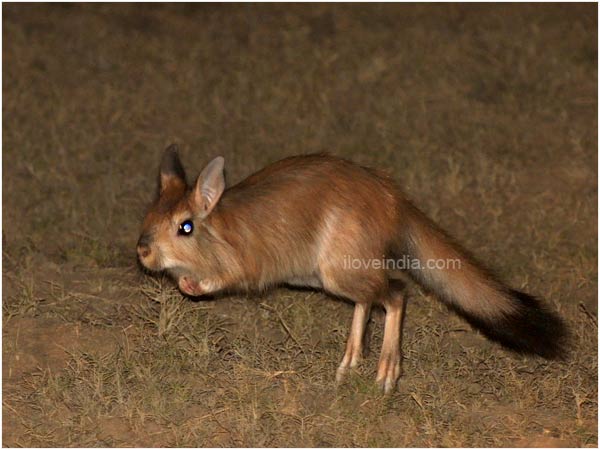 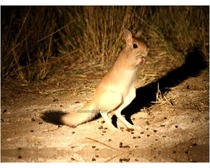 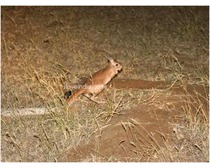